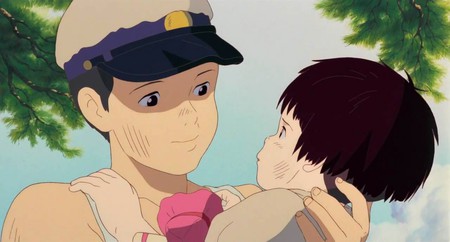 “Why must fireflies die so young?”

Japanese cinema is no stranger when it comes to confronting tragedy in all its forms, but it has relatively few tearjerkers that are suitable for children. Furthermore, there are even fewer which have stood the test of time. One film, however, stands head and shoulders above the rest in terms of its ability to tug heartstrings to breaking point: Isao Takahata’s Grave of the Fireflies, the 1988 film from the legendary Studio Ghibli.

Originally released as a double-feature with Hayao Miyazaki’s sublime My Neighbor Totoro, Grave of the Fireflies is set in Kobe in 1945. The movie follows two children, Seita and his younger sister Setsuko, caught in a desperate fight for survival during the final months of World War II. A film without precedent and utterly without equal, here are seven reasons why it reigns supreme as the saddest film in Japanese history.

1. War is depicted as a horrifying force of nature.

Had Grave of the Fireflies been a live action film, it would have been beset by limitations with special effects, actors and so forth. Using animation, however, enables director Isao Takahata to give the film the creative flourishes that leave a dent in our psyche. The effects of war are depicted as being as arbitrary and merciless as a tsunami. Cascades of American bombs tumble from the sky like black sheets of rain. Fire consumes everything in its path like a ravenous beast. Civilians flee in terror as they struggle to escape the relentless onslaught. It all seems beyond anyone’s control, and no one knows when it will end.

2. Humanity is shown at its worst.

As history has shown us time and again, disaster can bring out the best in people. It can also do the opposite. Seita and Setsuko find little comfort from their fellow survivors. They are taken in by a relative, only to experience resentment when food supplies dwindle and petty egos get in the way. Eventually, they are driven out. It isn’t just politicians and soldiers who are capable of inflicting misery in wartime. Isolation from one’s own people is its own kind of trauma.

3. There are small moments of beauty, which makes the carnage all the more heartbreaking.

While Grave of the Fireflies is punishing, it is not relentless. There are short, beautiful interludes in this film, serving to remind us that even in life’s most dire moments, we are still capable of experiencing joy and wonder. But these bursts are fleeting, and as the story heads towards its emotionally shattering conclusion, they only make what is to come even more painful.

Seita’s love for his sister, and her adoration for him, is a vital resource in helping the two navigate their way through the horror and misery around them. But they are embattled at all times, propelled by desperation and hunger. We are told so often that ‘love is all you need’, but love alone isn’t enough to help survivors of war fend off bombing attacks, starvation, and death.

5. Innocence is consumed and destroyed.

It is Setsuko who is the most heartbreaking character in this movie. A small child in love with life (and thus unable to comprehend the nightmare unfolding around her), she can only watch in confusion and terror as her surroundings are destroyed and the people around her fall victims to the pitiless ravages of armed conflict. She has no stake in this battle other than to survive. The innocent child in her is whittled away until it is crushed underfoot.

Among the strongest messages that Grave of the Fireflies has to offer is that optimism is often a luxury. Life will have its way with us one way or another, whether we deserve it or not. What makes the film such a powerful piece of work is the sense of foreboding that hangs over Seita and Setsuko at all times. The human spirit can be boundless, but it can also only take so much. As we follow the brother and sister across Kobe, we see just how much they can take, and it doesn’t make for happy viewing.

Grave of the Fireflies is based on the short story of the same name by novelist Akiyuki Nosaka, who lived through the bombing of Kobe while he was a child. He lost two sisters to malnutrition, and his adoptive father was also killed. Nosaka reportedly spent the rest of his life wrestling with guilt over their deaths.

Allied forces dropped more 150,000 tons of bombs on Japanese cites during the closing stages of World War II. A total of 330,000 people were killed. While the film adapted from his story is fictional, Seita and Setsuko’s story is one of hundreds of thousands shared by their real-life counterparts.

Grave of the Fireflies is as poignant and gut-wrenching as cinema gets and anti-war to its very core. An essential part of the Ghibli canon and a masterpiece of world cinema, its message has never been more timely.