5 Moments in History That Changed Nara 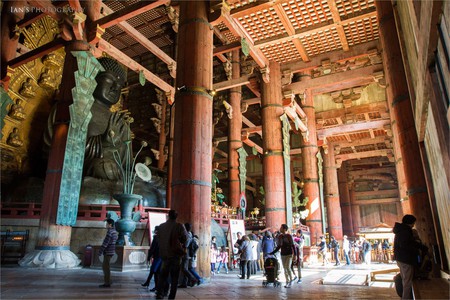 Walking about Nara today, visitors can get a sense of its ancient history in every temple and shrine. In 2010, the city celebrated its 1,300th anniversary as the capital of Japan. Few places in Japan embody the countries rich history like Nara. From the deer wandering the city, to the giant Buddha in the famous temple of Todai-ji, Nara displays its ancient past as its greatest attraction. Come and soak up some history in the ancient capital.

The origin of the deer in Nara is probably much more mundane than the legend would suggest, but the story goes that deer began to populate the Nara area after the god Takemikazuchi rode into town on a white deer, long long ago. Ever since, generation after generation, the deer have thrived, becoming as much a part of the city as its famous temples and park. The deer have always been revered as messengers of the gods and so have enjoyed the protection of those seeking divine favor. Harming the deer today might not incur capitol punishment, but they are a beloved, treasured part of Nara’s community. 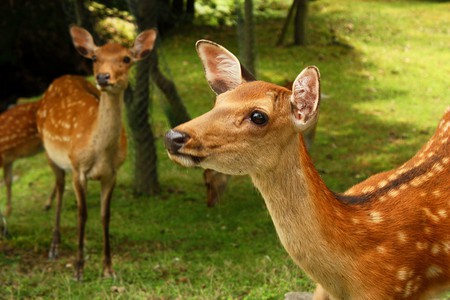 Nara’s time as the capital

Nara’s main claim to fame is its brief time as the capital of Japan. From the years 710 – 794 AD Heijo-kyo, known today as Nara, was the cultural and religious center of Japan. During this time, the foundations for modern Japan were being built. Nara became one of Japan’s first true urban centers where bureaucracy could flourish. Also during Nara’s tenure as capital, Buddhism moved into Japan to stay. The capital was then moved to Kyoto, and eventually to its current city of Tokyo, but Nara will never forget its time as the most powerful spot in all of Japan. 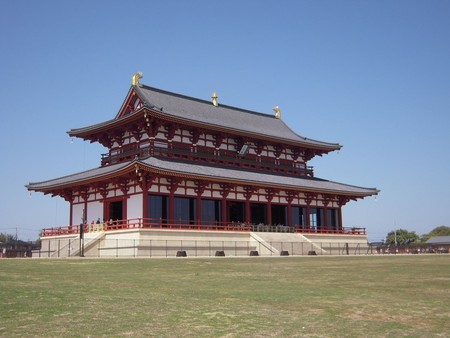 Establishment of Buddhism and Todai-ji

During Nara’s time as capital under Emperor Shomu, one of the greatest dedications to Buddhism was constructed. Todai-ji is one of the biggest draws for visitors to today’s Nara and while not much of the complex has survived from its original construction in 728, most of the buildings are still older than some countries. The main temple itself has been rebuilt twice, due to fire, and was most recently rebuilt in 1709. Inside this magnificent temple is the biggest statue of Buddha in Japan, so don’t miss out on this awe inspiring site. 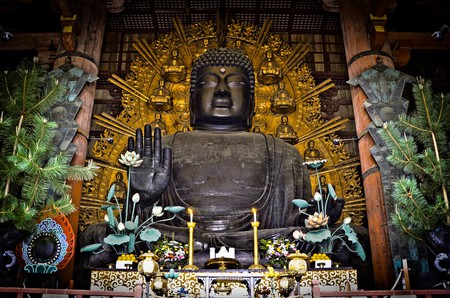 Is he adorable? Cute? Creepy? All of the above? Nara’s newest mascot Sento-kun, selected in 2010 to commemorate Nara’s 1300th anniversary as the capital of Japan, has been called many things. This creepy/cute little guy has been largely protested since his inception and is still today a topic of controversy in Nara. Some say he is a symbol of sacrilege, mocking the image of the Buddha and the sacred deer all at once. While his creator probably meant no overt disrespect, most visitors to Nara are shocked to be confronted by this jolly deer/boy creature as soon as they step off of the train platform. But it’s really up to you to form your own opinion. 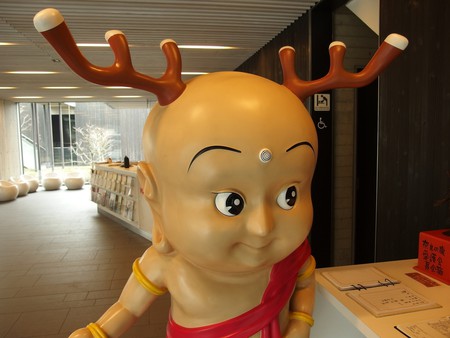 Mt Wakakusa is a mountain in Nara that offers wonderful views of the surrounding city. The mountain can be climbed year round, except for a short time set aside for an event held every year. On the fourth Saturday of each January, the mountain burns. This festival has no clear origin, some say it was the result of a feud between powerful rival temples. Others say the mountain was set alight to scare off wild boars that would otherwise terrorize the city. Regardless of the reason, the event has evolved into the spectacular Wakakusa Yamayaki festival, complete with fireworks and a burning mountain. 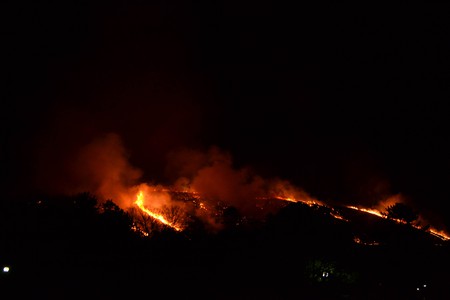