20 Japanese Words That Will Make You Think 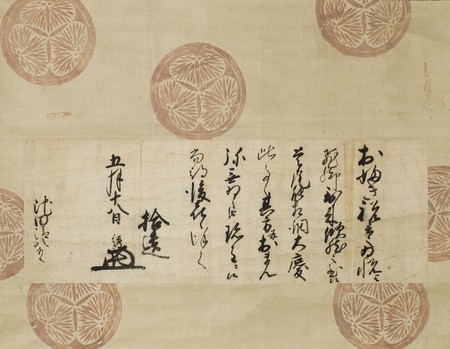 Social values, aesthetics, and culture are deeply entangled in the Japanese language. These factors can make it a challenge to translate from Japanese to English, especially when it comes to words and phrases that rely heavily on understanding the background and significance behind them. Here are 20 Japanese words that are difficult to express in English, yet can help you to better understand Japan and its culture.

Wabi-sabi is the most quintessential of Japanese aesthetics, but also one of the hardest to express in English. Whereas Western ideas of beauty are often rooted in the concept of the “perfect” form, the Japanese concept of beauty lies in appreciating the imperfections found in nature as all things of the natural world are impermanent and thus beautiful. Ginkaku-ji temple in Kyoto is one of the most famous examples of wabi-sabi with its natural, unfinished appearance. 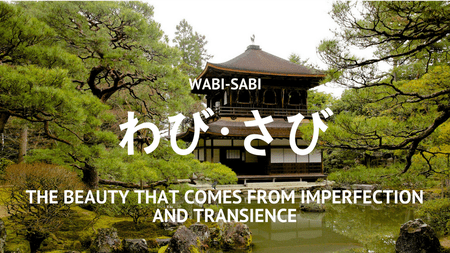 Shibui is a term used to describe objects that are attractive in their austerity and restraint. If you’re a person who prefers unadorned or understated designs, then you may have a shibui sense of style. 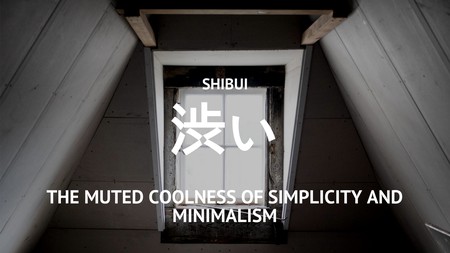 The concept of yugen says that beauty is not just about the seen, but the unseen. One famous example is the image of “subtle shadows of bamboo on bamboo” as described by the playwright Zeami. 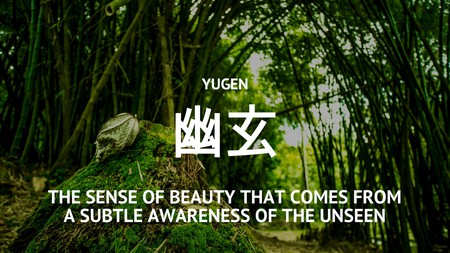 Mono-no-aware says that beauty is subjective, and it’s our sensitivity to the world around us that makes it beautiful. In particular, the transience of the physical world and our awareness that beauty is impermanent makes us appreciate it more. The epitome of mono-no-aware is the sight of cherry blossom petals falling in the springtime. 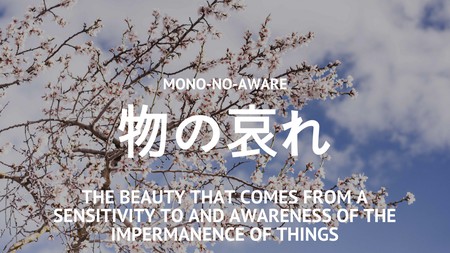 Komorebi, the Japanese expression for the sunlight as it filters through the trees, is made up of the kanji characters for tree (木), shine through (漏れ), and sun (日). 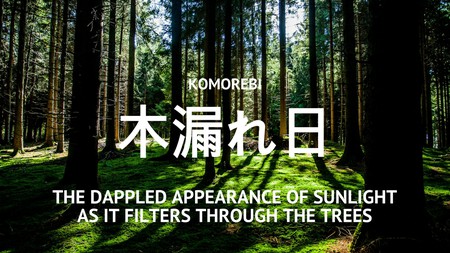 Wa refers to the natural order when members of a group are in harmony. In a country that views itself as a homogeneous society, conformity is highly prioritized in order to not upset the natural order of things. 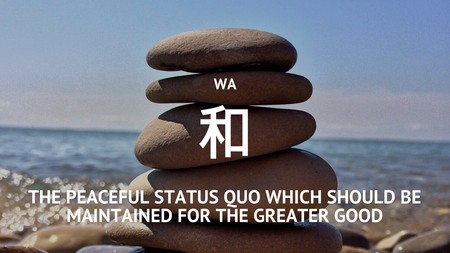 Often translated as “hospitality”, omotenashi is the Japanese quality of being thoughtful and considerate of others so that you can anticipate their needs and adjust your actions accordingly. It arose in ancient times out of the tea ceremony, when the host took painstaking care to brew a beautiful cup of tea for each guest. Small, considerate acts like offering a hot towel to customers are rooted in omotenashi and are the reason for Japan’s world-famous level of customer service. 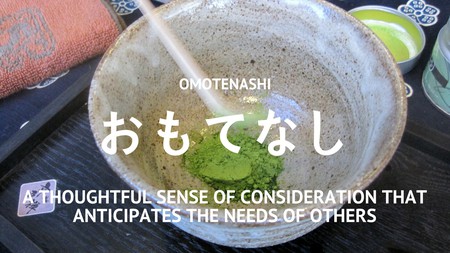 Often translated as “face”, mentsu is a concept that came to Japan via China and is closely connected to one’s honor, pride, and dignity. In an otherwise embarrassing or shameful situation, people around them may overlook — or pretend to overlook — the situation in order to help that person preserve their dignity. 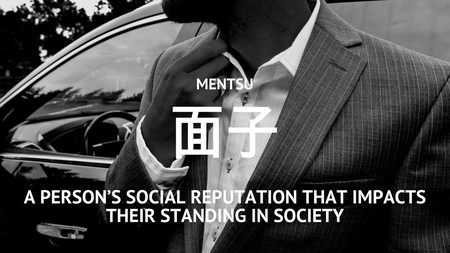 Giri refers to a person’s obligations to their various social circles, including their friends, family, and even their employer. It’s tied to many social customs in Japan such as women being expected to give chocolate, known as “giri-choco”, to their male coworkers and acquaintances on Valentine’s Day. 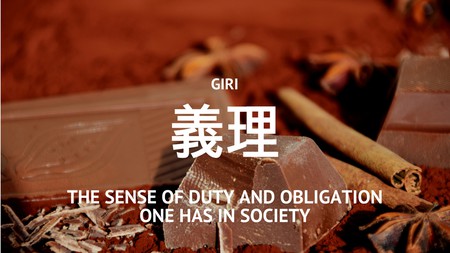 Nemawashi is best epitomized as several rounds of “pre-meetings” held ahead of the official meeting where a decision is announced rather than made. The term is based on a practice from gardening, where a plant’s roots are prepped before the plant is transferred or re-potted. 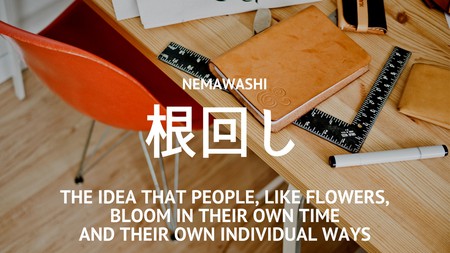 Whether it’s putting up with an unpleasant situation to avoid disturbing the wa, or enduring the pain of a broken bone with no more than a normal dose of ibuprofen, people in Japan are often asked to gaman, or grit it out, as a matter of character building. 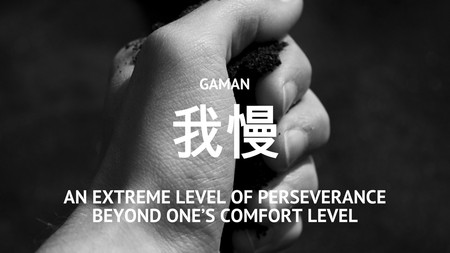 The Japanese concept of enryo is a form of reserve that’s demonstrated for the sake of other people. Whether it’s refraining from talking on the phone while on the train, or refusing to take the last bite of food off a communal platter, it’s a big part of Japanese social behavior. 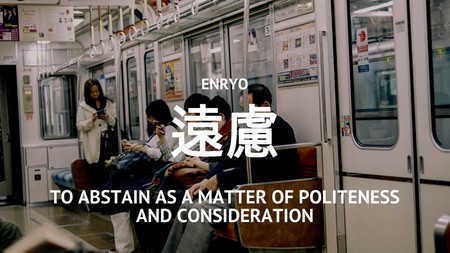 Mottainai is the idea of not being wasteful, which has its roots in Japan being a small island nation with limited resources. Mottainai is demonstrated in various facets of life, from using all parts of an animal’s body for cooking, to re-purposing old possessions rather than throwing them away and salvaging fruit and vegetable peels. 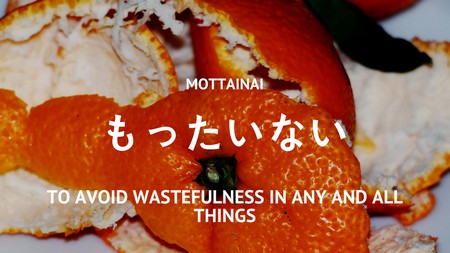 Furusato is another word for one’s hometown, but it’s not simply about the place where you’re from but the place your heart longs for.

Often translated directly as a sort of frustrated “yearning”, “desire”, or “longing”, akogare is not necessarily romantic or sexual in nature. Rather, it’s a deep feeling of respect and admiration that one may feel for someone they greatly look up to, usually someone who is extremely talented. This feeling of akogare is often tinged with the understanding of one’s own shortcomings and the knowledge that that same level of talent is unattainable — which is where those feelings of yearning or longing come in. 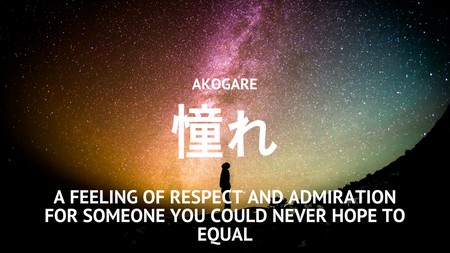 Something of a cross between being a bookworm and a hoarder, tsundoku refers to the charming tendency of some book lovers to purchase and collect so many books that they pile up unread. 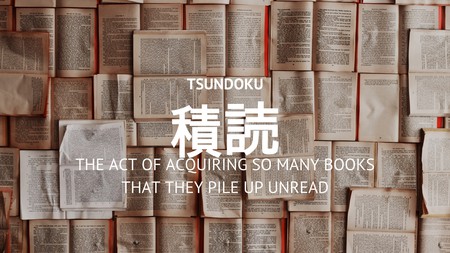 A subtle emotion of bittersweet and seemingly endless pain, setsunai requires a sensitive nature to feel and is often associated with heartache and disappointment. 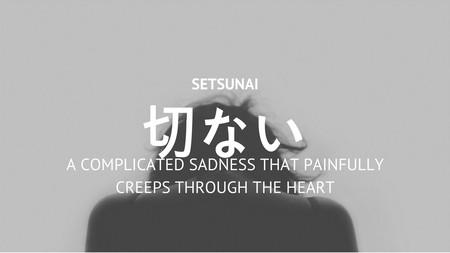 This four character idiom originated from the traditional tea ceremony, where every meeting was an occasion to be treasured. Today, people use it as a reminder to slow down and savor each moment, because every encounter in life occurs only once.

Literally translating to “the devotion of one’s life to the accomplishment of a task”, this phrase is often followed by “Ganbarimasu” (頑張ります) or “I’ll do my best.”

Using the kanji characters for the four trees that flower in the springtime, cherry, plum, peach, and apricot, this four character idiom means that people shouldn’t live their lives comparing themselves to others, but instead value their own unique traits. 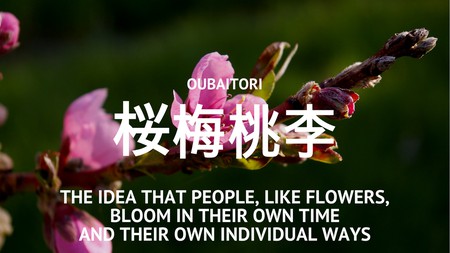