PROFILE
ASIA
/
JAPAN
/
Things to Do 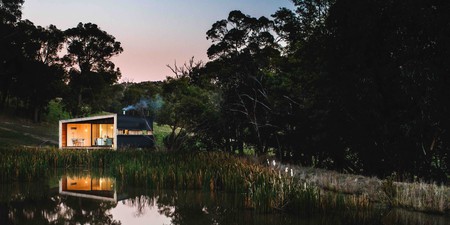 This stylish Pump House in Victoria, Australia, has been converted into a self-sufficient lakeside retreat | Photography by Lakshal Perera from 'Hide and Seek' | ©  Gestalten 2014

Surrounded by tranquil lakes or hidden deep within lush forests, these lodges and cabins around the world are sure to tempt the adventurer in you. We pick the top far-flung dwellings – some rustic, others sleek and sophisticated – to help you plan the ultimate remote escape and get you ready for some much-needed downtime. Here’s where to find them.

The delicate wooden Fragile Shelter in the Sapporo forest looks all the more extraordinary when coated with a layer of snow. With a cozy design by Hidemi Nishida, these six interconnected cabins hover above the snow line with translucent lights that can be glimpsed through the woods at night. 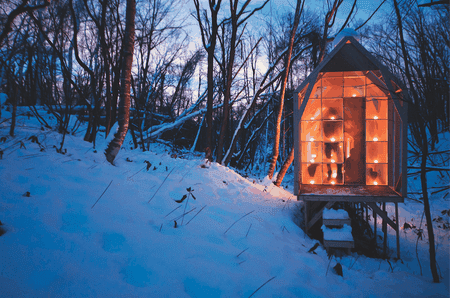 These delicate cabins by Hidemi Nishida are nestled in the woods in Hokkaido, Japan | © Gestalten 2013

There are many more wonderful nature spots to discover in Japan. Why not put them high on your travel list?

Nestled among the Kamnik Alps, this shelter for adventure-seeking climbers is atop the Skuta peak, the third-tallest mountain in Slovenia. Hosting up to eight mountaineers at a time, the shelter by OFIS Arhitekti boasts incredible views. With floor-to-ceiling glass and a sheer drop underneath, it may give even the most adventurous a bout of vertigo! 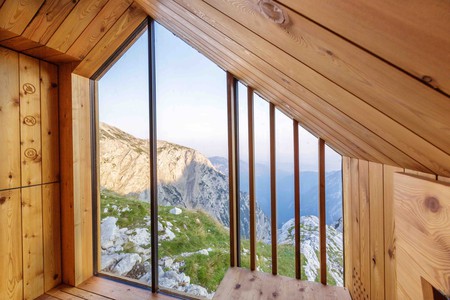 If you feel like camping (or glamping) in Slovenia, these are the campsites to consider.

Along the Puget Sound coastline is the Garage, designed by Graypants, Inc. This mystical piece of architecture is bright and flooded with natural light as a result of its pitched roof with glass panels. The postwar garage is nestled among spruces, creating a contrast between old and new, normal and quirky, and offering scenic views over the coast. 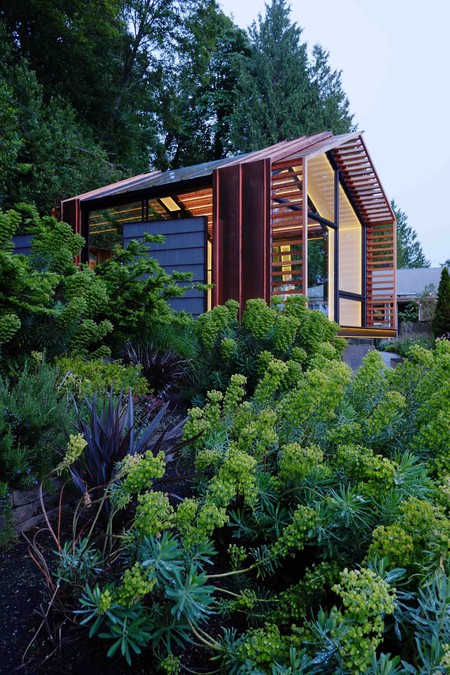 A secret library called the Living Room, by Studio Padron and Jason Koxvold, is hidden away in the forest of upstate New York. This is a place where bookworms could get lost for days as they work their way through the shelves stacked with around 2,500 books and novels. It is most enchanting during snowy periods, when you can nestle up in the cozy room with the fire blazing, engulfed in a great read. 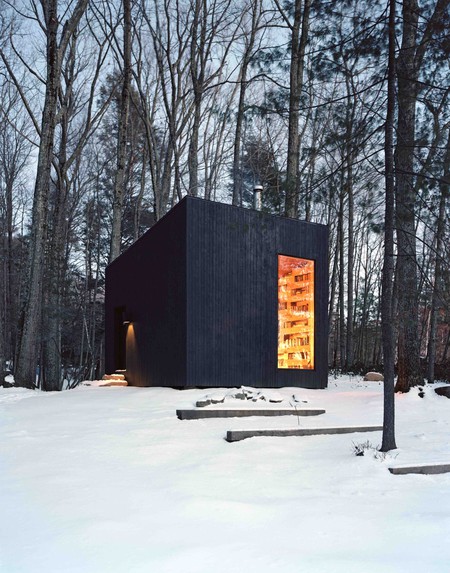 Bored of your view? With this house, all you need is a tractor to move the sleds it’s built on and you can get yourself a new one. The aptly named Hut on Sleds by Crosson Clarke Carnachan Architects was designed in this way because it’s positioned on the erosion zone of the Coromandel Peninsula in New Zealand, and needing to satisfy a removable planning condition. The slats of this summer beach house can be shut during the colder months or when it’s not in use. 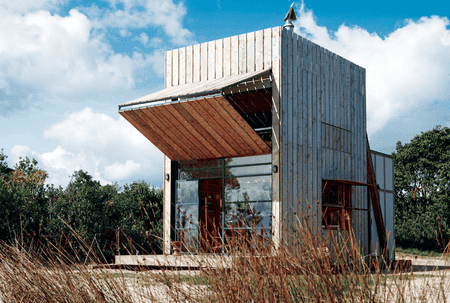 Sitting happily on the coast of Corsica is A Life on the Rock, designed by Atelier d’Architecture Aurélie Barbey. Basking in the Mediterranean sun, it’s situated between the woods, sea, sky and imposing boulders, offering second-to-none views of the maritime horizon. 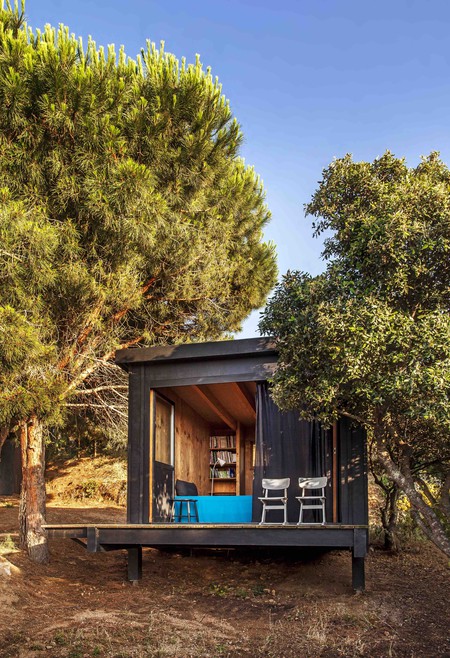 A Life on the Rock is nestled between the woods, sea, sky and boulders | © Gestalten 2016

Cruising your way around Corsica? These are the towns to sail to.

This stylish Pump House in Victoria, designed by Branch Studio Architects, was originally commissioned to be a storage shed for a water pump and other equipment, and to be a place where workers could have a cup of tea. The project went on to become rather more extravagant, and the building has been converted into a self-sufficient lakeside retreat with rainwater tanks, wood heating and solar power.

Once a storage shed, the Pump House is now a self-sufficient lakeside retreat | Photography by Lakshal Perera from 'Hide and Seek' | © Gestalten 2014

Originally a summer house built in 1926, this lodge by Atelier St is in the middle of a forest near Berlin, not far from a crystal lake, making it the perfect escape from the city. The Forest House is a wooden structure inside and out, and the beauty of the surroundings can be enjoyed from the warmth of the cosy interior, thanks to the expansive windows. 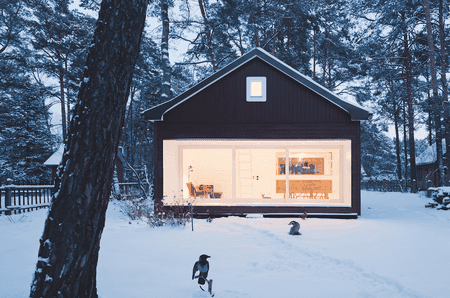 If you want to make the most of nature without leaving the city, check out these beautiful parks and green spaces in Berlin.

Originally a World War I bunker, this magnificently converted lodge – Zasavska Koča na Prehodavcih by Premica Architects – sits under the watchful eye of the tallest mountain in Slovenia, and visitors enjoy epic sunsets. When the weather is tempestuous, the architecture offers a coat of armour against the great outdoors. 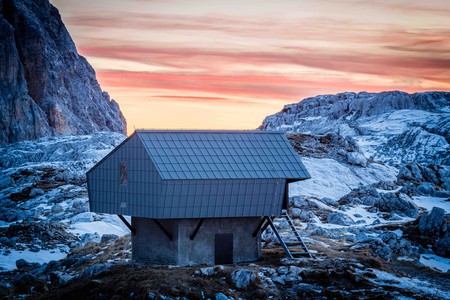 Originally a World War I bunker, this lodge sits under the watchful eye of the tallest mountain in Slovenia | © Gestalten 2016

On a rocky strip of coastline on the eastern edge of Fogo Island, Newfoundland and Labrador, lies the minimalistic Squish Studio by Saunders Architecture. With a dramatic entrance to the studio intended to encourage artistic inspiration, this is quite a place to set up office. 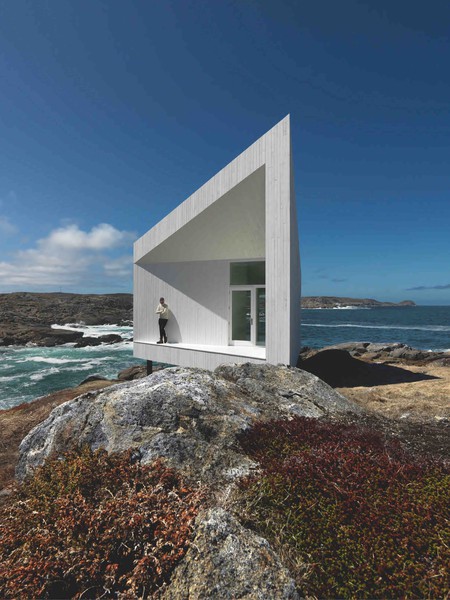 Squish Studio, on the eastern edge of Fogo Island, is quite the place for a home office | © Gestalten 2013

For even dreamier landscapes, check out the most beautiful places to visit in Newfoundland and Labrador.

Andreas Fuhrimann Gabrielle Hächler’s Zielturm Rotsee (Finish Tower Rotsee) in Lucerne was originally built to accommodate the officials of the annual rowing regatta. The structure looks similar to a game of Jenga, while the subtle offsetting of the levels make the building look fragile and delicate. A long platform connects the tower to the shore, so don’t worry, you won’t find yourself floating downstream! 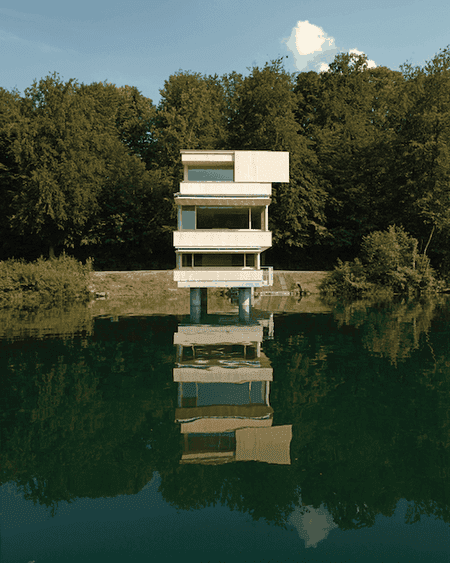 Bivouac Luca Vuerich was named after a deceased climber and commissioned by his family. You’ll have to pack light if you want to stay here, as the wooden cabin lies high up in the rugged Julian Alps. Built in just a day, this hideout for hikers, climbers and visitors nonetheless protects visitors against the bitter winds and harsh cold. 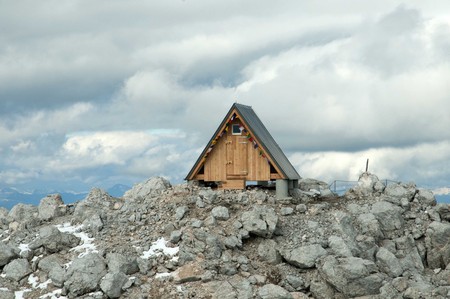 Bivouac Luca Vuerich was named after a deceased climber | © Gestalten 2014

Care to go hiking in Italy? These are the best hiking trails to follow while there.

For even more fascinating places to stay, check out our guide to these Quirky Cave Hotels to Stay in Around the Globe.