10 Experiences You Can Only Have in Tokyo 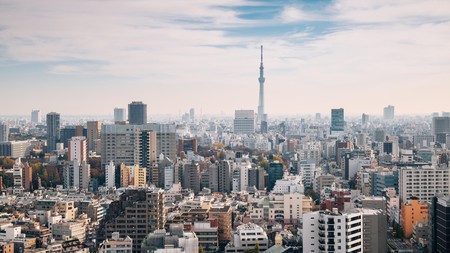 Tokyo is a clash of rich cultural history and unrivaled technological innovation, making it one of the world’s most unique and exciting cities. Whether it’s an offbeat dinner option you can’t find anywhere else or a record breaker you just need to see, check out some of our top picks for experiences you can only have in Tokyo.

Only in Tokyo can you witness the Kyojin (Giants) play a home game at the Tokyo Dome in Bunkyo. The Yomiuri Giants are one of the most popular professional baseball teams in Japan. While you’re at the Dome, be sure to check out the Japanese Baseball Hall of Fame for a look at the history of the sport in Japan and its legendary players. 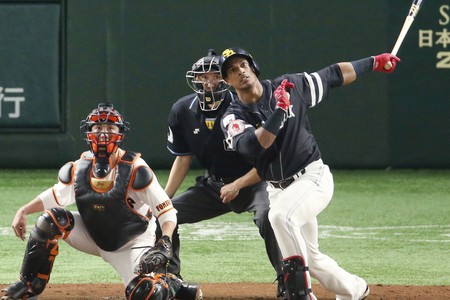 Golden Gai is unique even in Japan. This block of pre-war, two-story structures was once a cluster of brothels and part of the city’s red light district. After World War II, the economy was strictly controlled by the Occupation, and Golden Gai became the site of a black market where people could shop for restricted goods. Today, the Golden Gai is a tightly clustered block of tiny bars, some with barely enough room for four or five people. Don’t miss your chance to go bar hopping at this one-of-a-kind chunk of Shinjuku real estate. 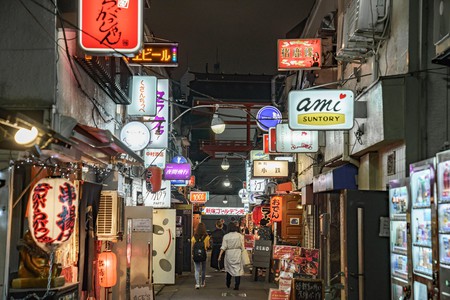 Not far from Golden Gai you’ll find the Shinjuku Robot Restaurant, one of Tokyo’s most unique dining establishments. Dinner and a show here involves fighting robots, costumed dancers and a spectacular display of lights and lasers. Be sure to arrive at least 30 minutes before the show starts or you might lose your seat. Make reservations on their website in advance. 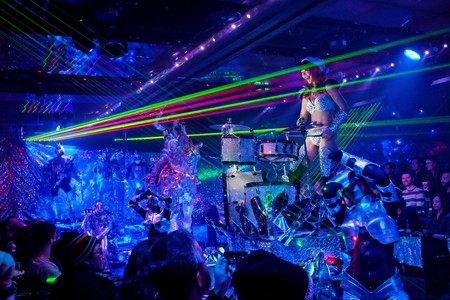 Take a stroll through the world’s busiest crossing

Shibuya’s enormous scramble has become one of the city’s most iconic landmarks. Skip seeing Shibuya Crossing and you might as well not even come to Tokyo. After joining the crowds, spend the afternoon shopping for the latest fashions or cozying up in a stylish café to watch the world go by. 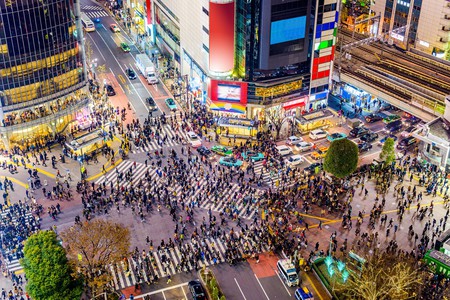 The Shin-Yokohama Ramen Museum calls itself the “world’s first food-themed theme park,” and it opened back in 1994. The museum is set up like a mid-Showa-era streetscape, complete with replicated advertisements, nostalgic storefronts and even a small shoten (shopping street) full of old-fashioned sweet shops. Where else can you learn about the history of ramen while sampling over 10 different kinds from all over Japan? 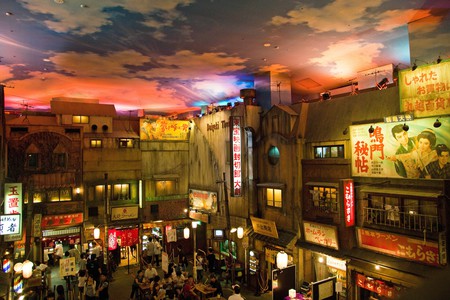 Take a trip down Memory Lane

Memory Lane, also known as Piss Alley or Omoide Yokocho, is a network of tiny bars and restaurants just outside of Shinjuku station. The area is known for its cheap street eats and especially motsuyaki (grilled animal organs and entrails on skewers) and yakitori (grilled skewered chicken). Many of these mostuyaki shops appeared during the post-war era. At this time, commonly used ingredients such as flour were controlled and rationed, so business owners had to get creative. Animal entrails were cheap and unrestricted, and motsuyaki shops flourished. 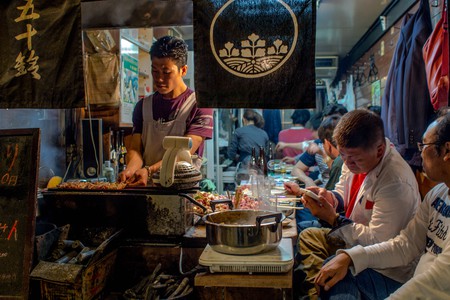 Watch a tournament in the sumo capital

Tokyo’s Ryogoku district is home to the Ryogoku Kokugikan, the city’s primary sumo hall, and is the unofficial sumo capital of Japan. There are three major tournaments held here each year. The area is a must-see for fans of sumo and is also host to a sumo-themed restaurant, the Sumo Museum, several training stables, sumo monuments and countless restaurants specializing in chanko nabe—also known as “sumo stew.” 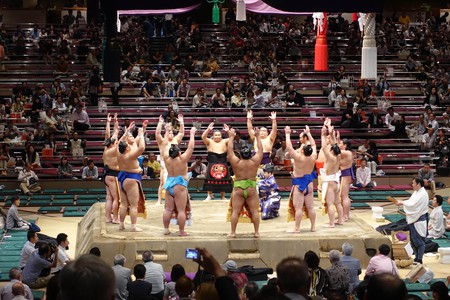 Soak your feet in an onsen theme park

Odaiba’s Oedo Onsen Monogatari is an onsen and Edo-themed theme park complete with hot springs, wading pools and an old-fashioned food court that feels like an Edo-period matsuri (festival). Visitors don one of the park’s loaner yukata and ease their tired muscles as they step back in time to Old Edo for a day. 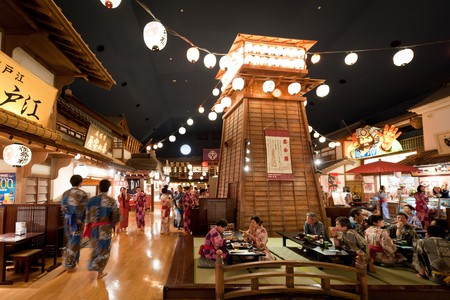 Scale the tallest tower in Japan

The Tokyo Skytree in Sumida Ward is the tallest structure in Japan and the second-tallest structure in the world. Rise 650 meters (2,132.5 feet) into the air to the tower’s observation deck for spectacular 360-degree views of the city you won’t find anywhere else. 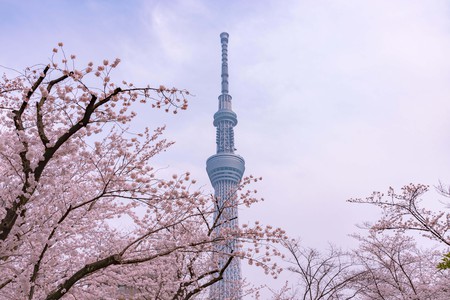 Eat dinner in a jail cell

While you can technically eat dinner in a jail cell anywhere, in Tokyo, you can do it without breaking the law first. The Alcatraz ER is a prison hospital-themed restaurant in Shibuya where you can drink medicinal-looking cocktails served by “nurses” while hunched over in realistic looking cells and mess halls. 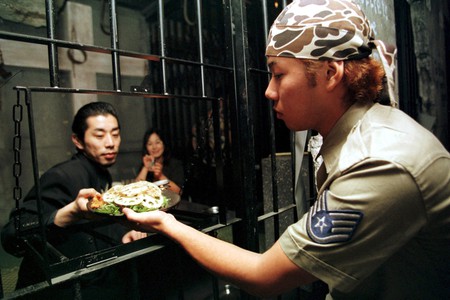