10 Artworks By Katsushika Hokusai You Should Know 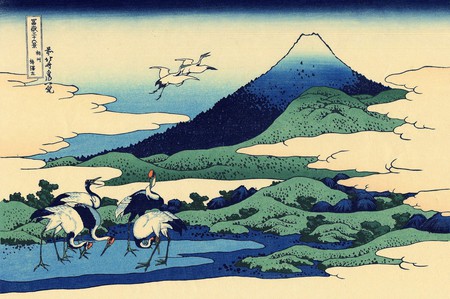 The Great Wave at Kanagawa

Hokusai’s most famous work, The Great Wave at Kanagawa, was made as part of the series Thirty-six Views of Mount Fuji. A giant blue wave looms over two vessels, sea foam spraying across a distant view of Mount Fuji. Hokusai used a foreign pigment, Prussian blue ink, to color the woodblock print. The piece was popularized in Western Europe where Hokusai’s work influenced Impressionists like Claude Monet, Pierre-Auguste Renoir, and Edgar Degas. Today, original prints of The Great Wave can be found at museums around the world. 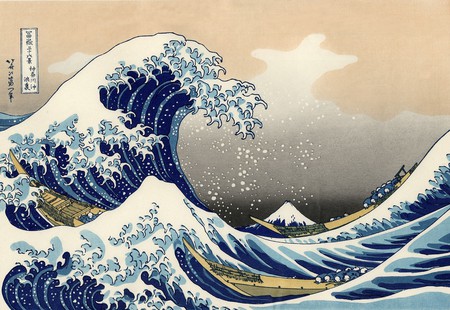 The Great Wave of Kanagawa / Pixabay

Depicting Mount Fuji in another of Hokusai’s Thirty-six Views of Mount Fuji, Fine Wind, Clear Morning shows the volcano in deep earthy reds. Small trees dot the mountainside, cueing the viewer as to the scale of the mountain while flat-bottomed clouds drift past its snow-capped peak. The series was produced during the middle of Hokusai’s life, during the height of his career. 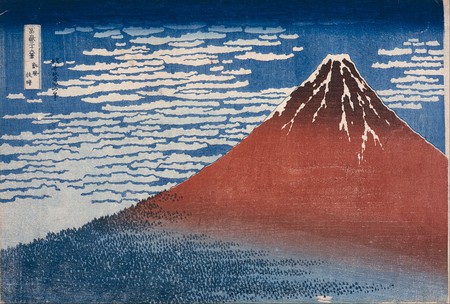 The gestural quality and simplicity of Cranes diverge from Hokusai’s earlier works. Part of a collection called Quick Lessons in Simplified Drawing, Hokusai’s brief articulations of the cranes capture their elegant movements and postures. The light and airy image is, perhaps, a reflection of the ease with which Hokusai depicted the birds, and demonstrates his skill in exploring the relationship between gesture and form. 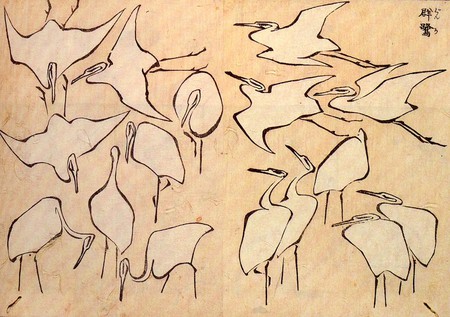 The waterfall in Ono on the Kisokai-road, A Tour of the Waterfalls of the Provinces

Made as part of a series of waterfalls, The waterfall in Ono on the Kisokai-road shows a landscape and towering waterfall and bystanders on a bridge. This print clearly demonstrated qualities of Japanese woodblock prints that fascinated Western audiences during the 19th century. For example, the patterned spray and stripes of falling water, along with the trees and buildings that jut off the sides of the image, exemplify Japanese aesthetic styles that invigorated the Impressionist movement.

Whaling Off Goto, Oceans of Wisdom

Part of his series Oceans of Wisdom, Whaling Off Goto is a woodblock print that shows a large whale surrounded by whaling boats, as seen from a high point on the coast. Similar to a photograph, the frame of the image cuts off parts of the picture, like the tree that juts out over the water but disappears from the audience’s view. Oceans of Wisdom contains Hokusai’s most rare prints, and some of the drawings for the series were never made into woodcuts.

Hokusai began to produce books of his sketches in 1811. Printed works like the images of bathers from Hokusai Manga served as a way to attract students to his school. His 12 volumes of sketches, which included caricatures and scenes from daily life, influenced the development of present-day Japanese cartoons, or manga. 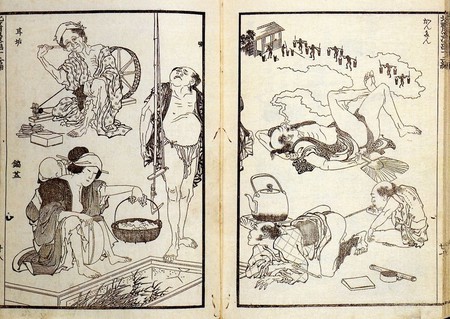 The Ghost of Oiwa from One Hundred Ghost Tales

The Ghost of Oiwa, a printmade by Hokusai in 1831, depicts a famously horrific Japanese ghost story in which a murdered woman seeks vengeance against her killer in the form of a ghost. Hokusai’s print shows Oiwa’s characteristic drooping eye and sparse hair, traits often included in the presentation of her character in theatrical productions. 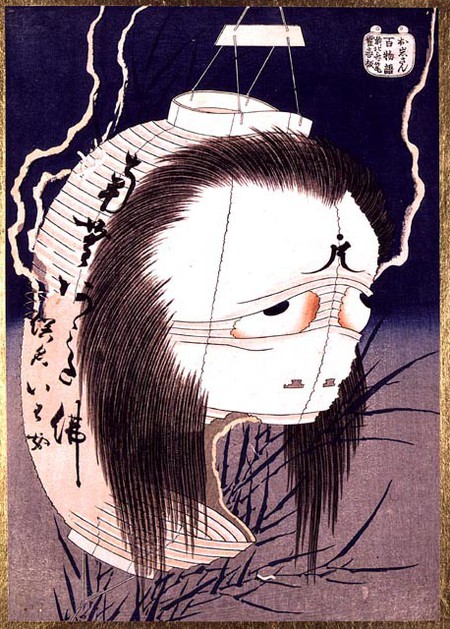 The Ghost of Oiwa | Public Domain/WikiCommons

Dream of the Fisherman’s Wife 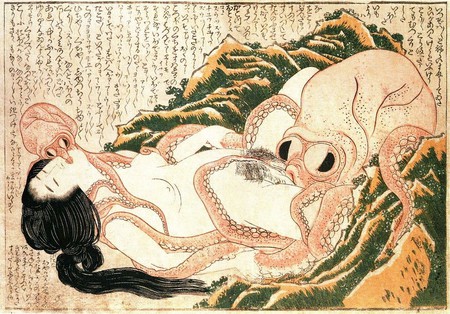 Its detail and vibrant colors against a dark background make Hokusai’s Phoenix stand out opposite his other works. In his later years, Hokusai was commissioned to paint several building interiors, one of which depicts a phoenix at Gansho-in in Obuse, Japan, that can be visited today. Another similarly detailed phoenix by Hokusai is on view at the Museum of Fine Arts, Boston. 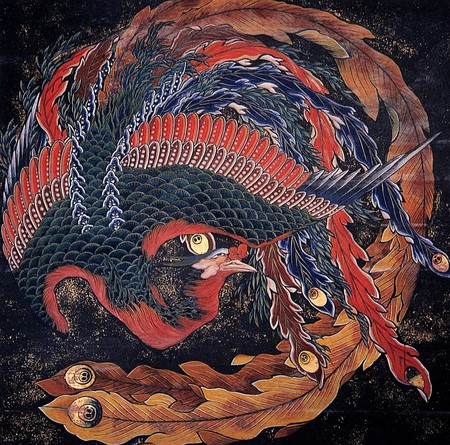 Another Hokusai woodblock series, Rare Views of Japanese Bridges, depicts scenes of daily life on and around bridges in Japan. In Tenma Bridge in Setsu Province, people crowd a curved bridge to watch a fleet of ships pass beneath it. The series was made around 1831, during the peak of the artist’s long career, and just after the production of the Thirty-six Views of Mount Fuji.