As successful people do, Didi Kartanegara found a need and filled it. On the beautiful island of Bali, Indonesia, amongst the jungle vines and rice paddies sits a fully equipped, professional recording studio, Villa Swara Padi. Catering to international, local artists and even full-on rockstars, the studio took life after building their relationship with Australian/American-partnered songwriting camp The Invitational Group. 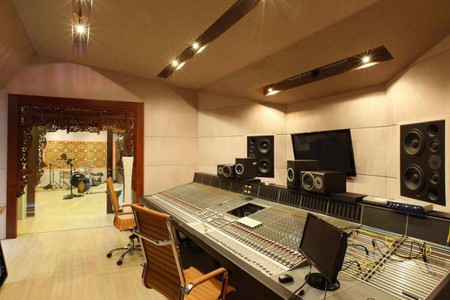 The Invitational Group is an exclusive songwriter, artist and producer retreat geared toward creating one song a day—ambitious, agreed—but doable for the top tiered talent to whom co-founders, Peter Coquillard and Michael Taylor, extend the invitation. 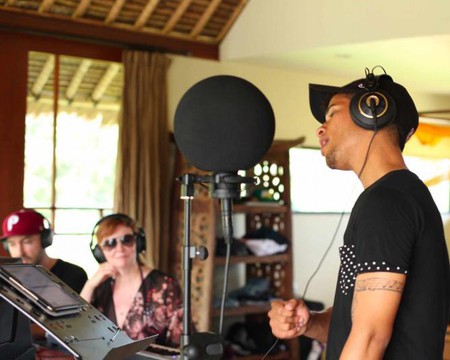 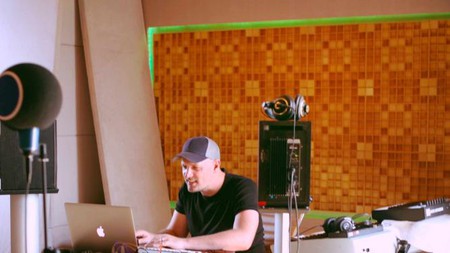 Producer and 2014 APRA Songwriter of the Year, Louis Schoorl in the Tracking Room | Photo by Kim Nieva

Stylized to honor the traditional aesthetics of Bali, the 1,800 square-meter villa holds four separate units in addition to the studio, which can be rented individually—customizable to house a rock star entourage of any size. Each unit is named after a traditional Bali percussion instrument: Gong, Gamelan, LaGong and Degung. As owner of the beautifully-treated studio, Kartanegara understands that, ‘It all starts with a great song. No matter the equipment or gear, at its core, the music has to be great,’ he continued, ‘What we are providing is an environment to be creative; be inspired.’

But, that’s not to say gear is overlooked. The studio control room boasts a Logic 9064J console, Digidesign Protools, Apogee, Dynaudio Acoustic M3 bi-amp with Chord amplification, and a variety of microphones including AKG D112. During the annual writing camp, the studio also comes equipped with Kaotica Eyeball, an innovative acoustic treatment tool that channels sound directly to your microphone, and top Native Instruments gear including Komplete X and Komplete Kontrol S25. A full equipment list can be found on their website. 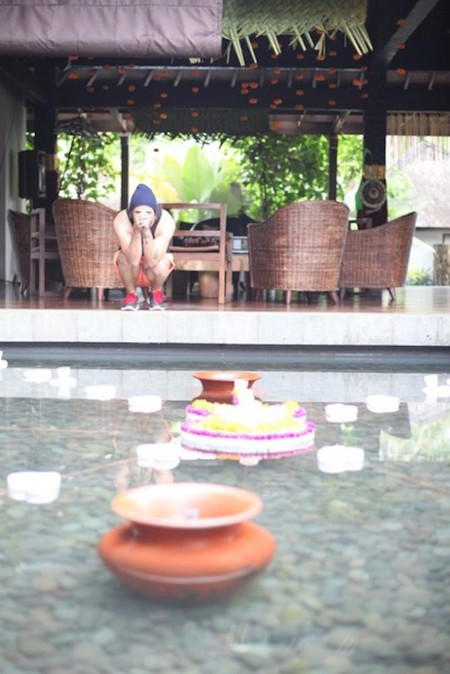 When camp is not in session, the studio can be reserved privately. Rates dependent on season.

It is no secret that Bali is becoming more and more of a vacation destination, but it remains an untapped resource that allow your music-making skills to flourish in the midst of a jungle backdrop. But, in order to do so, a visit to Villa Swara Padi is a must. 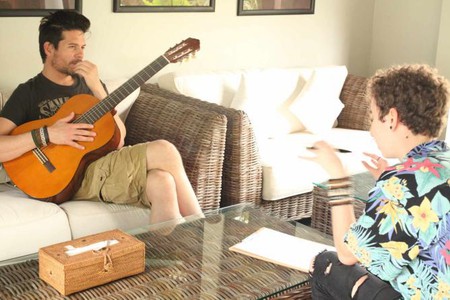 To further cater to ever-changing music technology, Sward Padi has plans to open a second studio room, acoustically-treated for recording but ready wired to accommodate your personal laptop recording preferences. The partnership between The Invitational Group and Swara Padi truly emphasize that music is created wherever inspiration can be found.