The Essential Guide to Balinese Dance 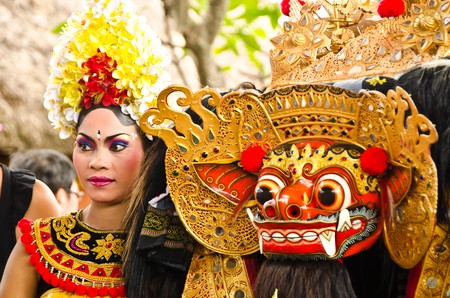 The beauty of Balinese dance goes way beyond what meets the eye: it’s a centuries-old tradition that is an integral part of culture, religious belief and social life on this Indonesian island. Read our guide to enjoying Balinese dance, from its significance to the most popular dances to watch in Bali.

The Purpose and Genres

Although often called ‘Balinese dance’, there are actually numerous different Balinese dances with different histories, styles and purpose. In fact, UNESCO recognizes Balinese dance as an intangible cultural heritage in three genres, classified by purpose. Some dances are considered sacred (Wali), some are semi-sacred (Bebali) and others are for entertainment or social events (Balih-Balihan).

Sacred dances, which are also the oldest dances dating back to the 8th-14th centuries, fulfil religious functions such as welcoming and entertaining visiting gods. They also provide a medium for gods to visit, where dancers are believed to be in a trance or possessed by the gods. Sacred dances cannot be shown to tourists in their entirety; instead, tourists can enjoy sacred dances in a modified form. They are only allowed to be performed inside Balinese temples, or pura, during ceremonies.

Semi-sacred dances, although often used for rituals, can be enjoyed by tourists as entertainment. These dances usually have a story-line and characters. Semi-sacred dances originated in the 14th-19th centuries, and are performed in the middle compound of Balinese temples. Many entertainment dances are modified sacred dances and can be performed anywhere, to anyone. These dances are still rich with symbolism and traditional values. 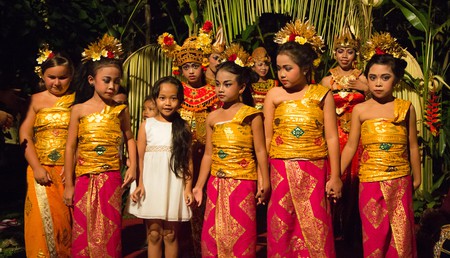 Most Balinese dancers are trained from a very young age. Many parents play Balinese music to their children in utero, in the hope that they will become a famous dancer. Every neighbourhood has a traditional group that children can join to learn dancing. Since Balinese dance is religious practice as well as a performing art, dancers are instructed in both areas. Before performing a sacred dance, Balinese dancers take part in religious rituals and receive blessings from temple priests.

Generally, dancers are appreciated and respected by the local community. Dancers of certain traditional dances — such as sacred dances or the Legong Dance — also enjoy high status in society, and often marry into royalty or wealth. Traditionally, female dancers usually stop dancing after marriage and devote themselves to their house and family. 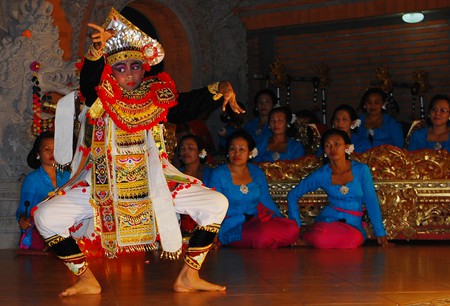 The Balinese have many kinds of traditional dances, nine of which are listed as forms of intangible cultural heritage by UNESCO. Here are the most popular Balinese dances.

Barong is the name of the character depicted in this dance, who is the king of the spirits in Balinese mythology. The dance depicts the eternal battle between good, represented by Barong, and evil, represented by the demonic evil queen Rangda. Barong is played by two men in a big lion-like costume, and he is accompanied by other animal-like creatures and humans. One of the highlights of this dance is the ‘Keris Dance’ part, where male dancers stab themselves with the traditional keris knife but remain unharmed. 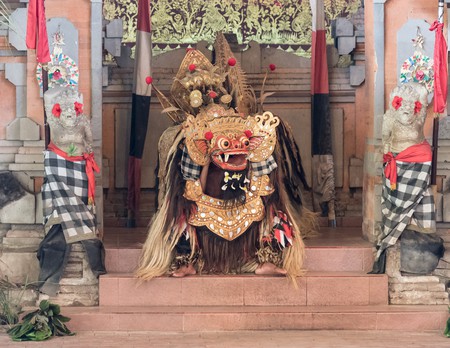 The Legong dance is mainly performed by two girls who have undergone rigorous training since early childhood. Legong dancers are trained to master sophisticated movements of the fingers and feet, as well as make demonstrative facial expressions. This dance was originally a royal entertainment. Some people believe that the dance was inspired by the sacred dance sanghyang dedari, which involves spirits possessing the two dancer girls.

Kecak is adapted from the Ramayana epic, and is inspired by a trance exorcism ritual. Created as entertainment in the 1930s, the performance traditionally involves at least 150 shirtless male dancers with checkered cloth tied around their waists. Along with making hand and arm movements, the performers are responsible for playing their own music and singing a capella, too. Some episodes feature a fire at the center of the stage, leading the dance to be known as the fire dance among tourists.