The Coolest Neighborhoods in Yogyakarta, Indonesia 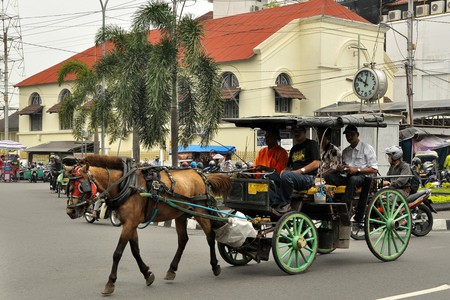 Every bit of the heritage town of Yogyakarta is worth exploring. But there are unmissable key neighbourhoods that will leave you in awe and wanting for more. From ancient villages to a hip modern lane, discover the coolest neighbourhoods in Yogyakarta, Indonesia.

Often considered the city’s core, Malioboro Street stretches through many of Yogyakarta’s landmarks and businesses. The neighbourhood is alive 24 hours a day with souvenir stores, restaurants, street vendors and more, making it one of the most iconic travellers’ hubs in Yogyakarta. All you have to do is stroll down the street (or hail a becak), look around, and buy, eat or try whatever looks interesting — traditional souvenirs, street snacks, you name it. 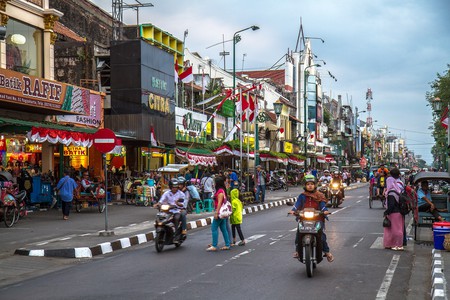 If you’re into trendy accommodations, then you should definitely pick one lined up along Prawirotaman. The neighbourhood houses many of the city’s most stylish boutique hotels and hostels, consequently putting itself as one of the most sought-after tourist neighbourhoods in Yogyakarta. Restaurants and cafes followed along, adding to the novelty and energy of the area. 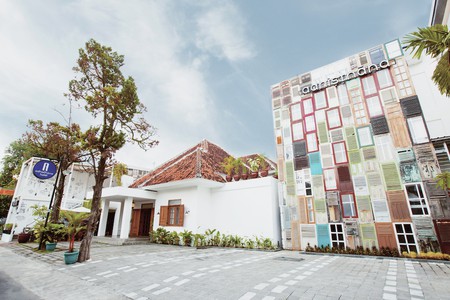 Especially popular among backpackers, Sosrowijayan is dense with hostels, homestays, humble traditional workshops, a vintage bookshop, and other fun, quirky stuff. Another thing tourists love about this backpacker village is the opportunity to interact with locals as they venture down the street, buy food from humble, affordable warungs, or bargain for handmade batik clothing.

Specially designed to alleviate Dutch officials from homesickness during the colonial era, Kotabaru is a chunk of European village in Yogyakarta. If you like architecture, you’ll love exploring the neighbourhood and observing heritage buildings, many of which were built in such a dignified manner. Lately, this Little Dutch neighbourhood has also emerged as an artistic area, where installations and street art flourish all around. 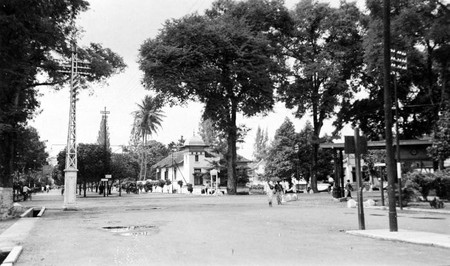 This ancient neighbourhood used to be the capital of the Islamic Mataram Kingdom in the 16th century. That episode of history cradled the establishment of various cultural landmarks that showcase primordial Javanese architecture – from houses and mosques, to fortresses and the royal cemetery. The neighbourhood was also Yogyakarta’s largest marketplace before independence. Now, tourists can still witness the royal city’s past in all its glory through the remaining landmarks.

The Royal District of Yogyakarta

It’s no secret that there is an abundance of historical landmarks, royal palaces, and heritage buildings in Yogyakarta. Most of these attractions you’ll find packed relatively closely to one another in downtown Yogyakarta, from the sultanate to the iconic Tamansari water palace, and from the royal carriage museum to the underground mosque. For the culturally curious, this area is definitely a priority.