The 10 Best Destinations in Sumatra, Indonesia 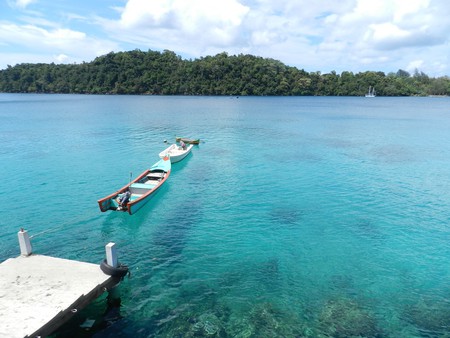 Sumatra may seem otherworldly for those who’ve only been to Indonesia’s big touristy spots. As one of the archipelago’s largest islands, Sumatra’s tourism scene covers everything from world-class surfing to historical highlands.

Outshined by the more popular Bali or Java, the fascinating charms of Sumatra are often overlooked. Its charms are reserved for the most venturing souls who don’t mind a bit of a wild card in their travel plans. But this beautiful island holds places and experiences you can’t find anywhere else, and those attractions are certainly worth revising your itinerary for. The wide variety of scenes and landscapes offers something new and exciting for everyone beyond the mainstream, not to mention the fascinating culture different from anything you’ve ever seen, even in other parts of Indonesia.

Toba Lake | © Johnson Ringo / Flickr
Book Now
Toba is not only Indonesia’s biggest lake, it is also one of its most beautiful. Also the largest volcanic lake in the world, Toba is surrounded by breathtaking hills, cliffs and jungles, making each side worth exploring. There are many viewpoints around the lake to enjoy different sights, whether it’s majestic rock formation or panoramic mountain view. You can also venture to Samosir, the charming but very culturally lively island in the middle of the lake.
Open In Google Maps
North Sumatra, North Sumatra, Indonesia
Give us feedback 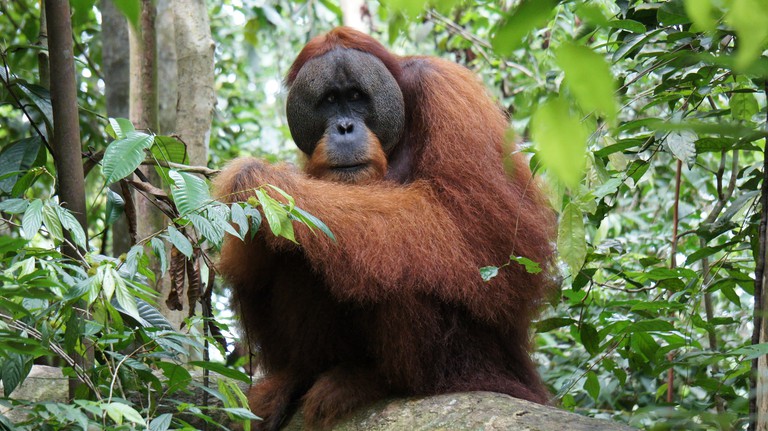 Wild orang utan at Gunung Leuser | © Dennis Keller / Flickr
Book Now
This expansive natural reserve is a tropical jungle at its most pristine state; or at least some parts of it. The dense vegetation and relatively untouched nature is a beloved home for orangutans, elephants, rhinoceros, and other wild animals. Some parts of the jungle are already open for trekking and conservation, such as the well-known Bukit Lawang orangutan sanctuary.
Open In Google Maps
Taman Nasional Gunung Leuser, Langkat Regency, Indonesia
Visit Website
Give us feedback 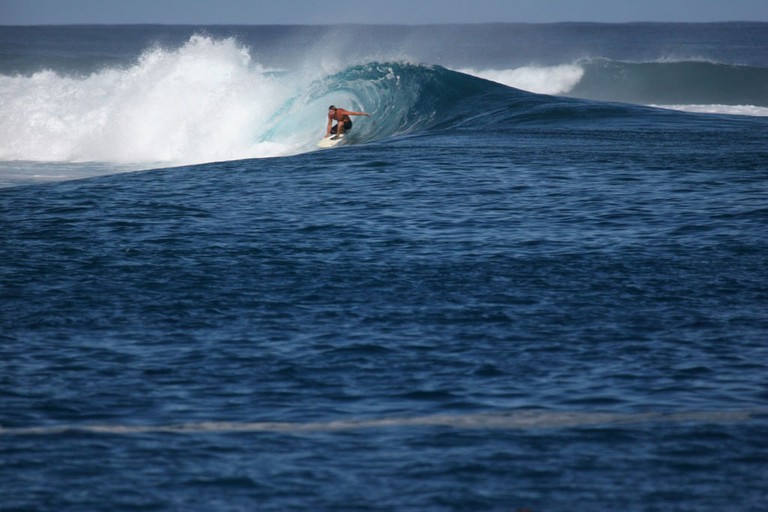 This archipelago off the coast of West Sumatra is world-famous as a surfing paradise. Surfers of all skill levels flock here for the wide range of waves, varying from 2 to 15 ft tall. Mentawai Islands also keeps a treasure chest under the surface, with a rich and vibrant marine biodiversity below the waves. Even if you insist on staying dry, there are still plenty of things to do, from relaxing on exotic beaches to exploring the villages and discovering the fascinating Mentawai tribe. 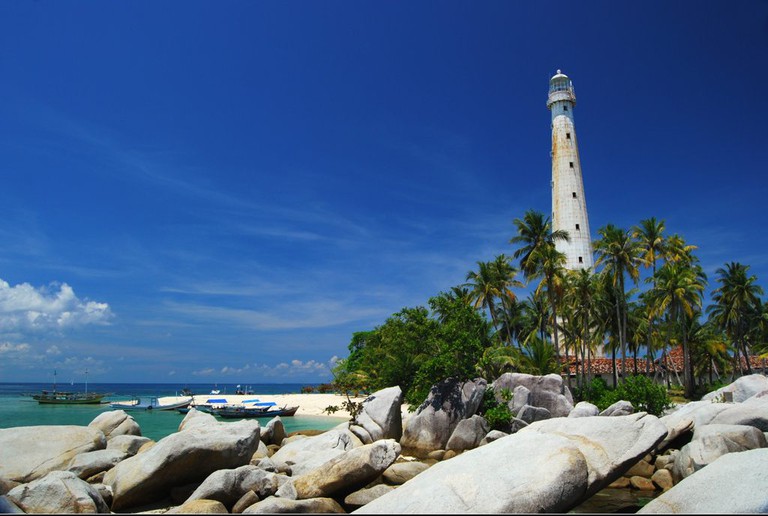 A lighthouse in Belitung | © jeffrey manzini / Flickr
Book Now
Perhaps best distinguished for its granite boulders beaches, virgin coastlines and colonial lighthouse, these islands are one of the most photogenic parts of Indonesia. But beyond the coveted scenery, Bangka-Belitung’s charms are rooted deep in its culture and history. Once an important economy and massive tin producer, the streets are lined with charming colonial buildings, especially near the old harbour in Tanjung Pandan. The island also houses the nation’s first literary museum built by Andrea Hirata, whose works have been internationally acclaimed and believed to have contributed to the boom of tourism in his hometown.
Open In Google Maps
Bangka Belitung Islands, Bangka Belitung, Indonesia
Give us feedback 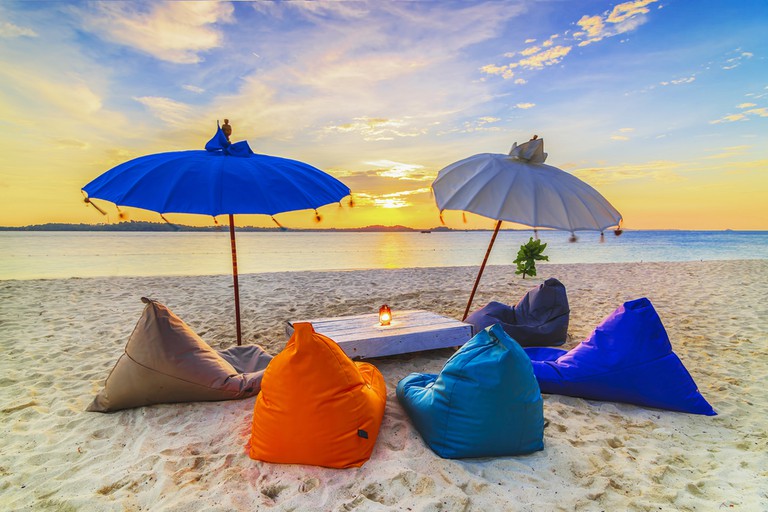 This resort island is a popular getaway from Singapore, accessible via a one-hour ferry ride. Despite the foreign establishments and English-speaking crowd, Bintan Island is a beloved part of Indonesia’s Riau Province. Thanks to its popularity abroad, this exotic island is a distinguished tourism gem untypical of a Sumatran island. Lavish resorts, fun modern attractions, and avant-garde activities can be found all over the island. We’re talking Southeast Asia’s first seawater lagoon, a flying club that lets you ride an open cockpit seaplane, and more. 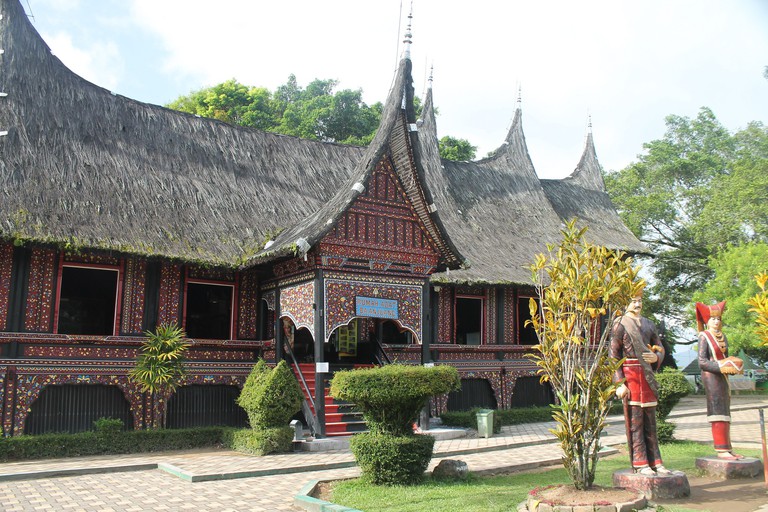 This highland town in West Sumatra is a profound cultural destination, aside from its exceptional natural charms. Bukittinggi has been an integral region throughout the nation’s different episodes of history. From serving as a fort town during colonial era, being a Japanese military base, to the capital of Sumatra province post-independence, history left its mark on this city through the years. The indigenous tribe of Minangkabau is a fascinating subject to learn about, and let’s not forget the emerald Lake Maninjau with all its surrounding countryside scenery. 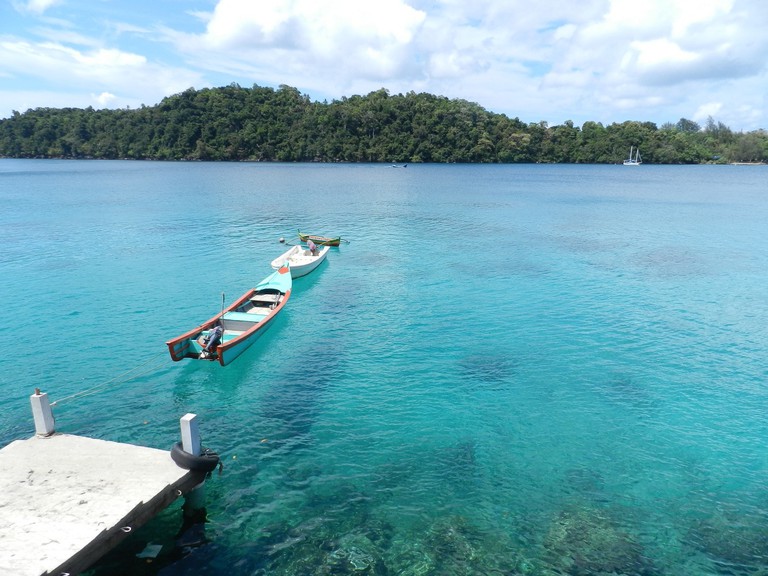 Constituting Indonesia’s westernmost point, the remote geography has protected this beautiful island from too many tourists. But with the idyllic white sand beaches and translucent water, the journey is still very much worth taking. The island has splendid diving and snorkelling spots with thriving, undisturbed wildlife. The unspoiled condition doesn’t mean this island is underdeveloped – tourists will be welcomed by exotic cottages and beachside restaurants to enjoy sunsets while feasting on fresh seafood. 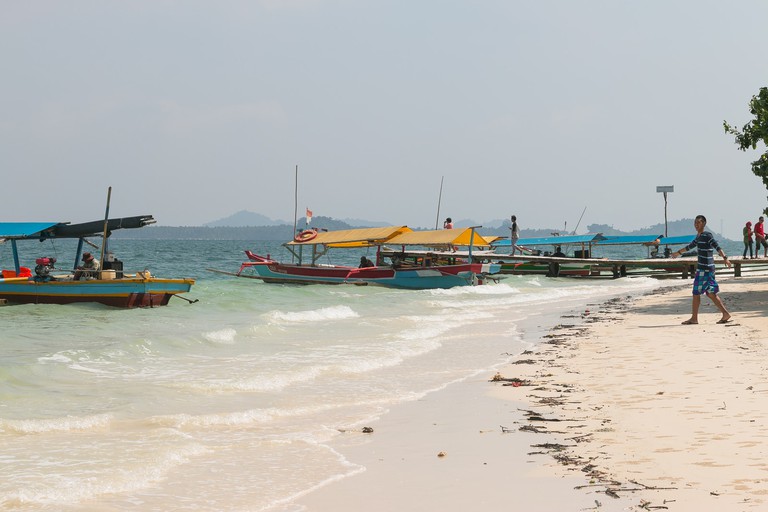 Pahawang in Lampung, Indonesia | © uyeah / Flickr
Book Now
This southernmost province in Sumatra is a convenient hop away if you’re travelling from Jakarta. Luckily enough, this side of the island holds numerous exotic beaches with different charms. Kiluan Bay in Lampung promises an unforgettable experience of spotting dolphins roaming around happy and free in their natural habitat. Other beaches are known for unique rock formations, amazing surf breaks, or lively underwater scene. Further inland sits the Way Kambas National Park, which focuses on preserving and rehabilitating elephants, among other endangered animals.
Open In Google Maps
Lampung, Lampung, Indonesia
Give us feedback 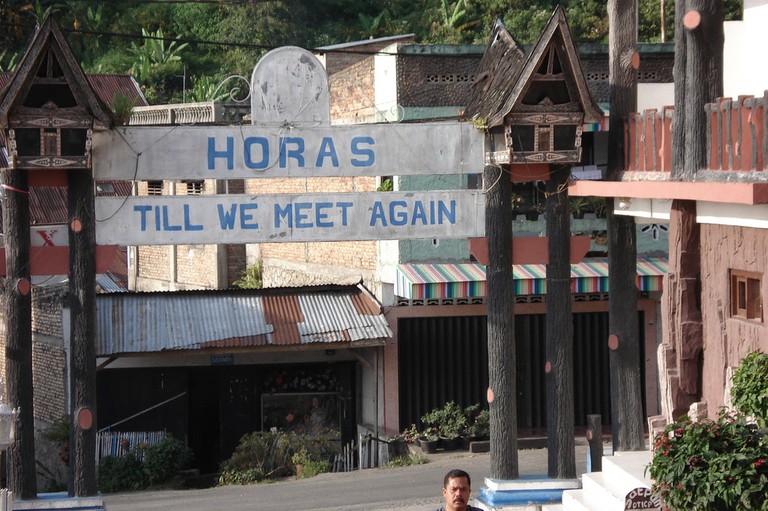 Village in Medan, Indonesia | © Mohd Fahmi Mohd Azmi / Flickr
Book Now
Medan in North Sumatra is Indonesia’s often overlooked third-biggest city. Beyond serving as a hub to explore nearby attractions like Lake Toba or Gunung Leuser, the city is an unmissable highlight in itself. Medan has the fascinating diversity of a metropolis, being home to different ethnic communities including the indigenous Batak tribe, Chinese descendants, Tamil, and more. That mishmash of culture and influence translates well into the culinary scene, cultural landmarks, houses of worship, and more. Among the city’s exceptional landmarks are the Maimun Palace, Graha Maria Annai Velangkanni church, and the Great Mosque.
Open In Google Maps
Medan, Medan, Indonesia
Give us feedback 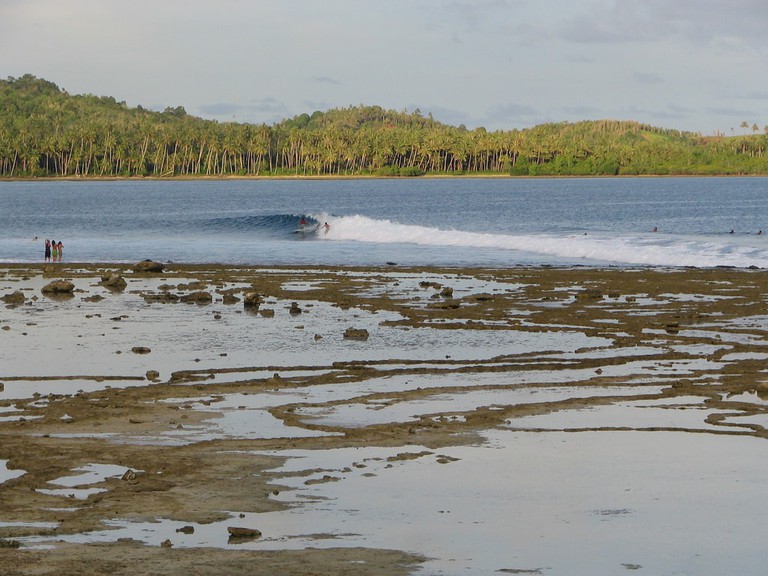 Most Indonesians may be surprised to learn that Nias is actually a world-famous destination for surfing. This small island on the western coast of Sumatra remains an underrated destination among domestic tourists, even though its coastal beauty and fascinating culture are not unheard of. Due to the rather isolated geography, the indigenous culture is still alive and prominent on this island, with traditional houses, festivals, and rituals that include the well-known War Dance and Stone Jumping.