Piecing Together The Archipelago Puzzle: An Indonesian Culinary Renaissance 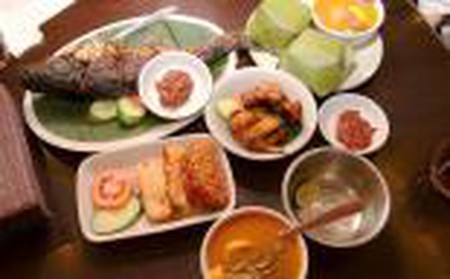 Indonesia is the fourth most populated country on Earth, yet knowledge of its culinary culture is somewhat obscure when compared to the other giants; India, China and America. While its popularity has grown in recent years, Indonesian restaurants are still often lost in the sea of Chinese, Japanese, Thai and Indian restaurants that have a strong hold over the culinary scene. We investigate Indonesian food, exploring the possibility of an Indonesian culinary revival. 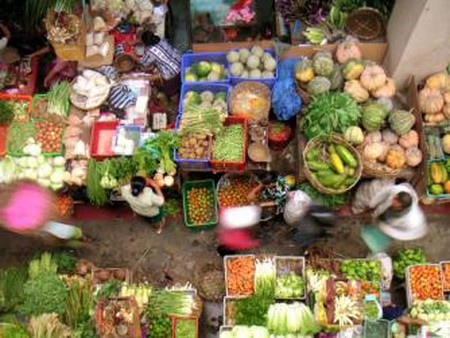 With a varied cultural identity, Indonesia’s diverse culinary tradition comes from the influence of centuries of traders and invaders from neighboring countries, as well as the effects of Dutch colonization from the 17th century to 1949. Indonesia’s culinary evolution has thus been heavily impacted and many national dishes are thought to be founded on recipes from foreign lands. For example, Mie bakso (beef meatballs usually served in a broth-based soup with noodles) resemble dishes known to be Chinese, while the national icon of Nasi goreng (fried rice) is lost in lists of similar foreign plates. Satay is another point of contention, with both Malaysia and Indonesia laying claim to this internationally loved peanut sauce. The result of this cultural homogeneity is that diners often do not recognize Indonesian flavors when they hear of them, even though they have experienced them over and over, leaving these delicacies to relative obscurity. 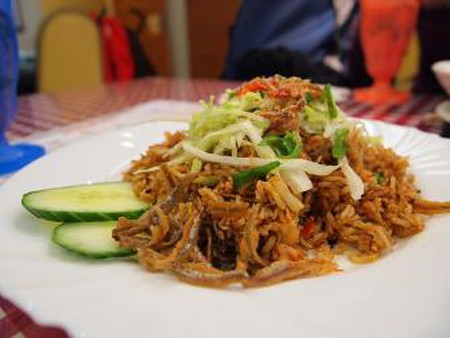 Investigating this further, Indonesian food author Sri Owen identifies a reason why Indonesian cuisine has not become a worldwide staple as the attitude held by a large proportion of the population. For many, food is for sustenance, not an art form, allowing convenience to take priority. This can be seen in the ritual of a traditional home meal. Consisting of chicken and fish cooked with spices such as cumin, lemon grass, chili and coriander, the day’s dishes are served in the morning with rice on a central table of the house. Consumed throughout the day, the food is usually eaten at room temperature and not necessarily with everyone present. The convenience of time can therefore be seen to take priority over taste or presentation. Outside of the house, time efficiency again takes precedence with street vendors being very popular. Many restaurants also serve pre-made dishes, with diners selecting their desired plates and the remaining ones being given to the next table. It seems that for many, food is valued for its possession of three qualities; being quick, easy and cheap. 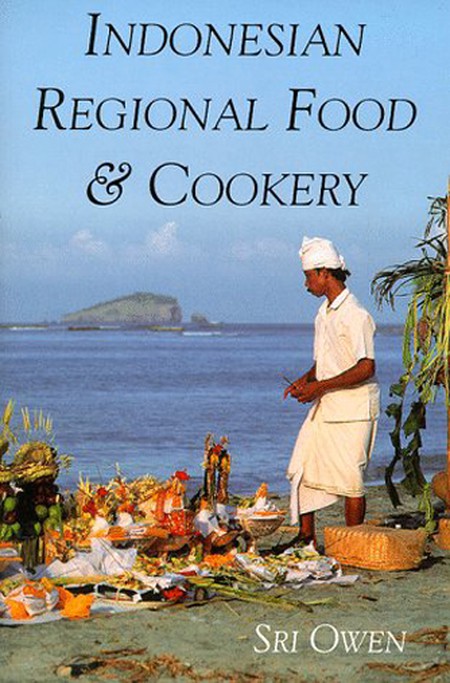 In reaction to this, there are a growing number of chefs in Indonesia and around the world who are committed to establishing Indonesian cuisine as a force to be reckoned with, joining traditional ingredients and recipes with contemporary techniques and gastronomy. Sri Owen is one such figure who has pioneered this development. In her book Indonesian Regional Food and Cookery, Owen describes her fear of Indonesian cuisine being lost if her national people do not take greater pride. She suggests that the long Dutch rule of the islands was one of the factors that has tampered with culinary growth, while Indonesia’s recent economic boom and growing busy modern lifestyles add to the temptation of quick meals. Highlighting this lack of pride, Owen recites a viewpoint that people would rather prepare another nation’s food on special occasions, seeing their own recipes as pedestrian and not worthy of such events.

To battle this damaging perspective and focus on convenience, Owen’s recipes center on different geographical regions in Indonesia, featuring cooking instructions and ingredient lists that make flavor the priority. One example of this is Pallu mara ikan (hot and sour fish from Ujung Pandang). In this recipe, Owen suggests cooking the fish a day in advance of the meal, and also combining it with ‘un-Indonesian rice salads’. Through this she emphasizes a detour from tradition, with the hope of bringing new flavors to a well-known dish. In the recipe, Mackerel tuna is poached with turmeric, lime juice, lemon grass, chillies, garlic, ginger and tamarind water, making a dish that is perfect for ‘a picnic, served with a good summer salad.’ 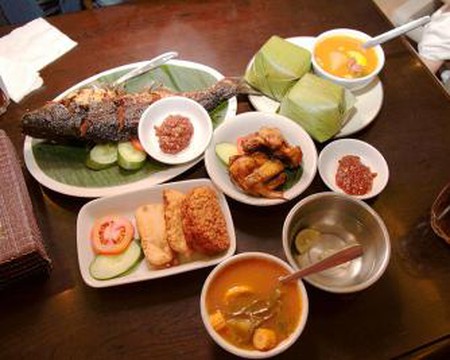 Having published a number of books, Sri Owen is focused on revitalizing Indonesian cuisine through looking at the roots of recipes while not being afraid to detour from tradition. Another entrepreneur in this area is Chris Salans, with his 2011 release Mozaic: French Cuisine, Balinese Flavors. Using a similar philosophy as Danish chef René Redzepi’s Noma, Salans focuses on Balinese ingredients and flavors, and unites them with the renowned techniques of French gastronomy. Sectioning the book by ingredients, Mozaic: French Cuisine, Balinese Flavours offers a range of tantalizing and distinct recipes, such as vanilla-roasted gindara, braised endives and wild mushroom with grape-red wine reduction and aromatic ginger sauce, highlighting a further potential for the direction of Indonesian cuisine.

With many more chefs and restaurateurs who are committed to taking Indonesian gastronomy to new levels, only time will tell whether this archipelago giant is approaching a culinary renaissance.