How to Spend 48 Hours in Toraja, Indonesia 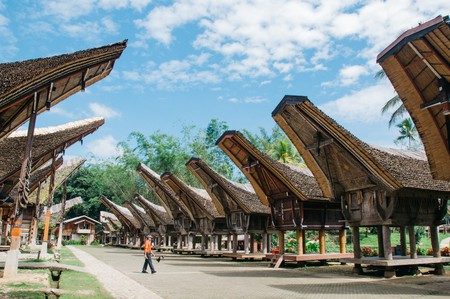 Tana Toraja (the land of Toraja) may not be as popular a destination as Indonesia’s other tropical gems and islands paradise. But its captivating view and fascinating culture more than justify the long journey to the less-traveled mystical land in eastern Indonesia.

05:00: Sunrise at Lolai, a Village Above the Clouds

Located in the highlands of North Toraja, this village offers a rare opportunity to watch the sunrise at eye-level as the glorious sun emerges from the clouds. In this dreamy village, the landscape has fluffy, blissful clouds, colored by the bursts of the sunrise, creating an awe-inspiring sight. Tourists can enjoy the sunset while sipping hot Toraja coffee in nearby warungs, an experience that will make anyone feel on cloud nine. 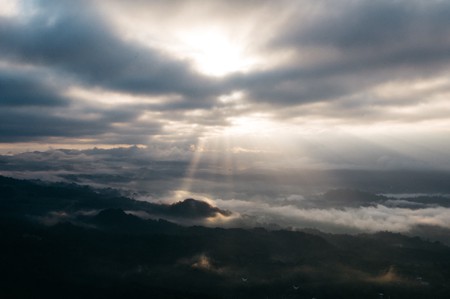 Toraja has numerous fascinating villages to explore, but Kete Ketsu is where tourists can witness traditional practices and artifacts in their most indigenous form. This ancient village is home to a megalithic culture said to have not changed a bit since its first existence centuries ago. Here, the traditional houses are in their most authentic form, with natural fiber roofs and rich symbolic elements that represent the culture’s philosophy and customs. More than just an iconic sight to capture, tourists can also learn more about each symbol and stories at a local-run museum in the traditional neighborhood. 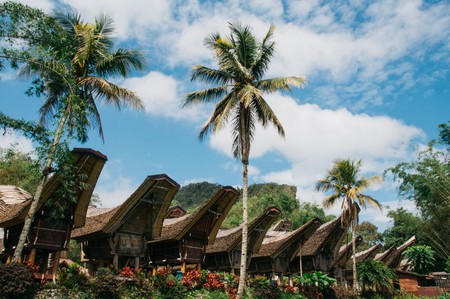 But perhaps the most enthusiastically anticipated part of Kete Kesu Village is its burial hill, Bukit Buntu Kesu. The Torajans first earned the world’s fascination over their unique funeral rites, and the ancient burial site at Kete Kesu is where those rituals are materialized into observable ornate burial caves, tall menhirs, and animal-shaped coffins hanging from the walls of the hills. Beyond the eerie mystical atmosphere, the intricate objects at the ancient hill also stand as a testament to the locals’ skillful craftsmanship. And the good news is, tourists can buy authentic Kete Kesu souvenirs at the village. 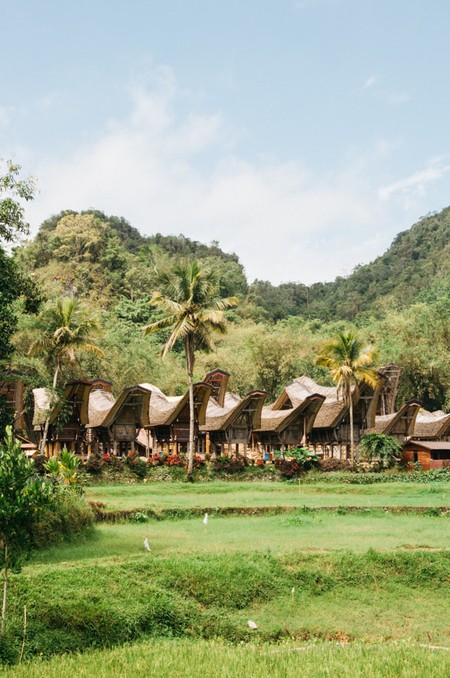 For more death-themed adventure, head to Londa, where two huge natural caves tower above the village and forests, a silent but prominent part of the fascinating culture. From the outside, the caves make a picturesque view, with carved terraces showcasing eerie lifelike effigies called Tau-Tau, each representing a dead body buried inside the caves. 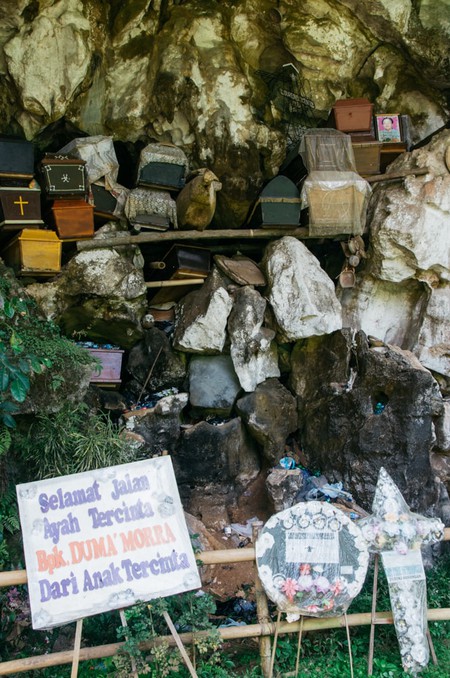 On the inside, things get even more chilling. Lit only by lanterns or flashlights, tourists will be greeted by skulls and bones, most likely scattered from a broken coffin that hangs on the cave walls. Visitors can go as far and as deep as they dare, as the tomb caves are huge and may be up to 1,000m deep. The mystical atmosphere becomes more intense with each step. 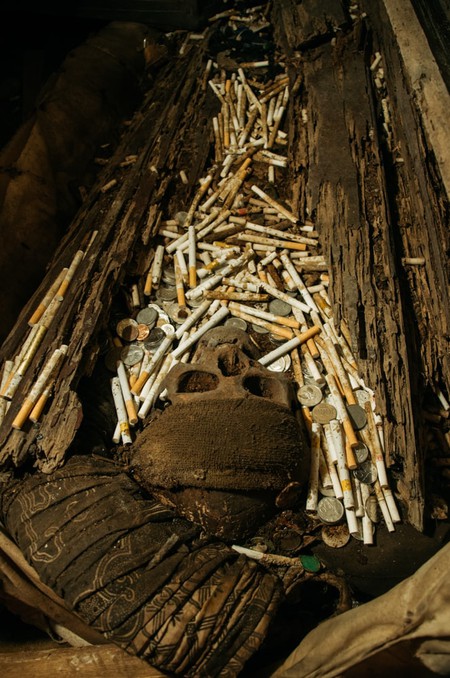 Tourists can find a lot of choice for accommodation in the city center Rantepao, about six kilometers from Londa. Rantepao is the hub for Tana Toraja explorations, and there are ample facilities such as ATM machines, money changer, pharmacies, and more in the city center if required. You can also opt to stay the night at Londa, as the first destination tomorrow is already near and accessible from there.

08:00: More Burial Caves and Shop for Souvenirs at Lemo

In a hill of Lemo, North Toraja, stands yet another megalithic burial cave. Inside the cave are hollow hills occupied by coffins, wooden effigies, and other artifacts. By hiring a local guide, tourists can learn more about the philosophies and beliefs that have led the Torajans to treat their deceased in certain ways. If you’re lucky, you can even witness the infamous Ma Nene tradition, where the caves are dug up, and bodies groomed, dressed, and taken for a walk as if still alive. 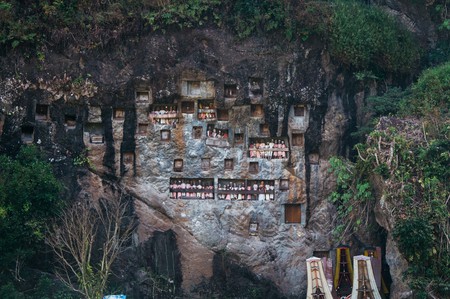 Beyond burial sites, Lemo has a neighborhood of traditional houses or Tongkonan that present an iconic and calming rustic scene. The village also has a souvenir market that offers traditional handmade goods from local craftsmen. 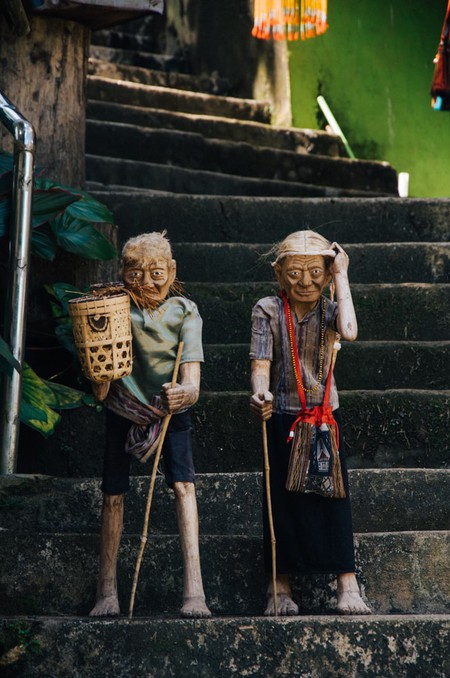 Even more than its beauty, the statue of Jesus (or Yesus in Indonesian) is captivating because of the back story and cultural significance. Towering from atop of Buntu Burake Hill, Toraja, this massive statue is now the tallest Jesus statue in the world, slightly exceeding the iconic Christ the Redeemer in Rio de Janeiro. More than a majestic view of the 40-meter statue with extended hands, the hill on which Jesus stands is also a wonderful natural attraction, with stunning karst formations and picturesque hills. 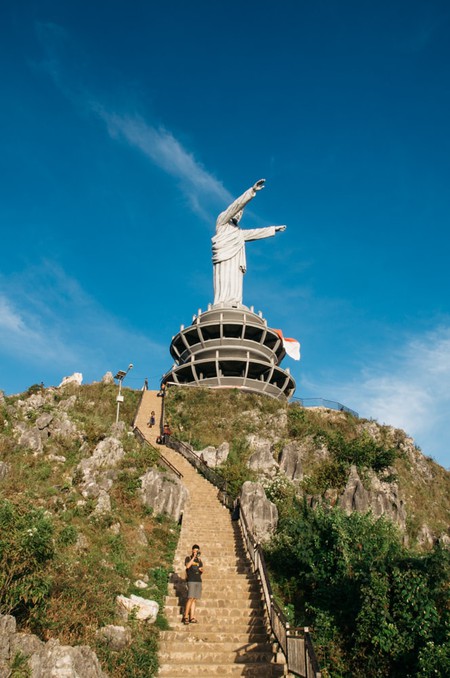 As a cultural object, the statue is an unmissable commemoration that even though Toraja is known for strange ancestral rituals, the majority of Torajans now hold Christianity as their religion. Others identify themselves as Catholics and Muslims, while a small portion of inhabitants still hold the traditional religion of their ancestors or Aluk Tu Dolo.

16:00 Sightseeing and Sunset in Batutumonga

After two days of mostly bones and coffins, it’s especially refreshing to catch a blissful view of nature —rice fields, mountains, clouds, and clear sky —from a stunning hill top. Batutumonga is located at the foot of Mount Sesean, and has become one of Toraja’s must-visits for the unparalleled view of the mystical land. It’s an excellent spot to watch the sunset while munching on traditional snacks and coffee in small warungs overlooking the scenery. If your flight is not until the next day, you can also opt to stay the night on this picturesque hill to catch tomorrow’s sunrise before you leave. 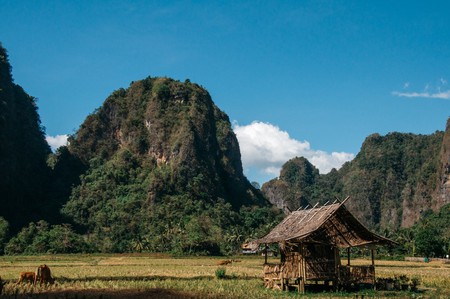