A Guide To Indonesia's Prambanan Temple 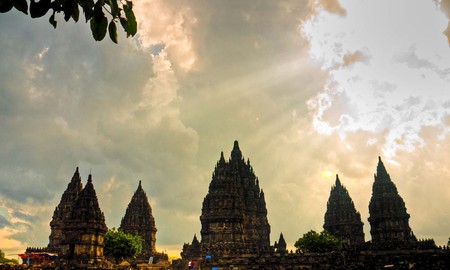 More than just an architectural feat of the 9th century, Prambanan Temple is a mystical cultural site with a rich and intricate history that tourists have to realise to thoroughly grasp the true charm of the place. For culture enthusiasts who are interested in more than just exotic selfies in front of the grand temple, read our guide to Indonesia’s Prambanan Temple.

Scholars learned that the massive Hindu temple was first built in a smaller scale by Rakai Pikatan, a king from Sanjaya Dynasty of Mataram Kingdom in Central Java, and expanded by his successive kings into the massive complex that we know now. The initial temple was built around 850 CE, decades later than the establishment of the neighbouring Borobudur Temple that was built by the Syailendra Dynasty from the same kingdom, which holds Buddhism as its religion.

At 47 metres high, slightly taller than Borobudur, the king built Prambanan to honour the Hindu gods and mark the return of Hindu dynasty in Java after a long era of Buddhism. It’s unknown whether this is before or after the construction of Prambanan, but through a political marriage with princess Pramodawardhani from the Syailendra Dynasty, the king managed to merge the two dynasties and the kingdom holds both Hinduism and Buddhism as its religion. 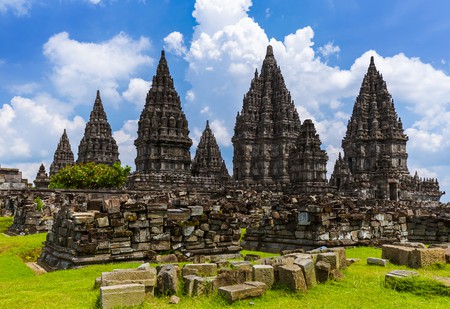 But the Prambanan Temple was abandoned around the 10th century. Some say it was because of Mount Merapi’s eruption, while others believe it’s due to a political struggle. The kingdom moved its court to East Java, and the temple left forgotten, decayed due to abandonment and devastated by various natural disasters, including a major earthquake in the 16th century. The same fate happened to Borobudur, which lies about 50 km northwest of Prambanan.

In 1811, the British administration rediscovered the two temples by chance. But it’s not until 1930 that a restoration initiative started, a process that is still not nearly completed even until now.

Impressive and significant as it is, a more popular and interesting legend often takes precedence in social discourse when explaining how the grand structure came to be. The legend tells a story about a Javanese princess named Loro Jonggrang, whose father was defeated in battle and forced to marry the victor, Prince Bandung Bondowoso. She agreed to the marriage on the condition that the prince builds 1000 statues before sunrise. The princess panicked when she saw Prince Bandung almost completing the task with the help of the spirits, so she set fire to the east of the temple, tricking the roosters into thinking it was dawn. As the roosters crowed, the spirits fled, and the prince, furious by the princess’ trick, turned her into stone. 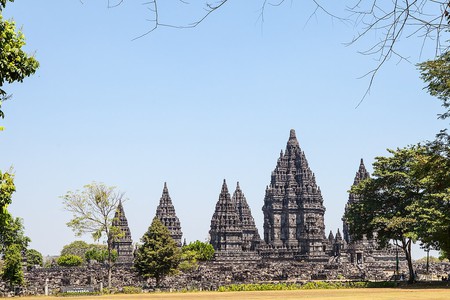 Originally, the whole complex contains 240 individual stone temples, but many of them have sadly been scattered in ruins. Basically, the complex is divided into three zones.

The outer zone used to be surrounded by a wall which has been wrecked. It’s an open space that serves as a yard for priests or worshippers.

The central compound is where the main temples are built. There are eight main temples and eight smaller shrines in this area, each impressively built and ornately carved. The three biggest temples are dedicated to the Trimurti, or three forms of gods in Hinduism: Brahma the Creator, Vishnu the Keeper, and Shiva the Destroyer. Among these three, Shiva’s temple is the biggest and centrally located. In fact, when the Prambanan Temple was first built, it was dedicated to Shiva and bore the name Shivagrha, or the House of Shiva.

It’s a shame that we don’t get to see the temple in its full glory, but there are still many impressive sights to see today, especially in the central compound. 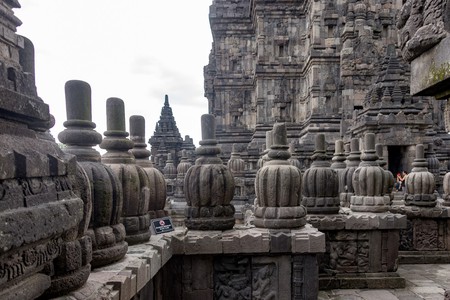 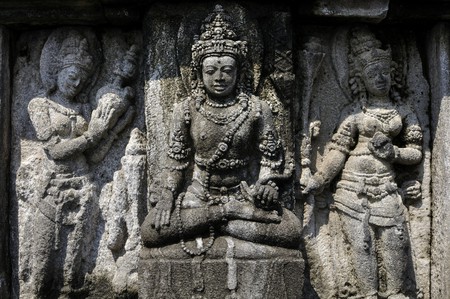 Prambanan Temple is only a one-hour drive away from downtown Yogyakarta, using local bus or rented car. The complex is open from 6AM to 6PM daily, so if you want to see the magnificent sunset and Ramayana Ballet you can schedule your visit in the afternoon.

Tickets cost $25 for foreign tourists and around $4 for Indonesians. Choose your non-revealing clothes for this excursion, even though a sarung is provided upon entry.

If you’re interested in the stories, legends, and symbols, hiring a local guide is advisable with fees at around $15.