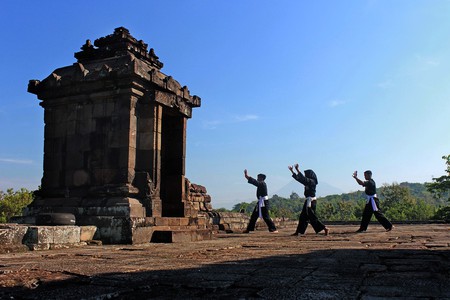 Indonesia’s rich and diverse culture manifests itself into countless of everyday aspects; what the people eat, what they wear, how they move, down to the forms of sports, arts, and entertainment. As Indonesia’s traditional form of martial art, Pencak Silat is so tightly woven into the fabric of local culture. More than just a measure to defend themselves, it also a form of performance, an integral cog in the nation’s history towards independence, and a form of religious practice.

Pencak Silat is a form of traditional martial art evident throughout different cultures in Southeast Asia from Indonesia, Malaysia, Singapore, Brunei, to the Philippines. Each locality has different take on the art, but most forms seem to focus on strikes, joint manipulation, throws, and weaponry. ‘Pencak’ means traditional movements in traditional attire accompanied by traditional music, while ‘Silat’ means the techniques of self-defense. So basically ‘Pencak Silat’ means ‘martial art’ in the local dialect, with an emphasis on the traditional aspect.

The Origin of Pencak Silat

Pencak Silat goes way before any of its documented records. It is believed that the form of traditional art was mostly taught orally and experientially from generation to generation. In some ancient kingdoms, the origin of Pencak Silat is closely tied to the legends about a fight between two animals, typically witnessed by a woman. In Sriwijaya Empire, it’s believed that Pencak Silat is inspired by a brawl between a tiger and a large bird, while according to a Sundanese legend it’s of a monkey and a tiger. The strikes and movements of the two animals became the basics of the Pencak Silat movements. Other communities attribute the conception of Pencak Silat to respected leaders, fighters, even spiritual leaders of the ancient times. 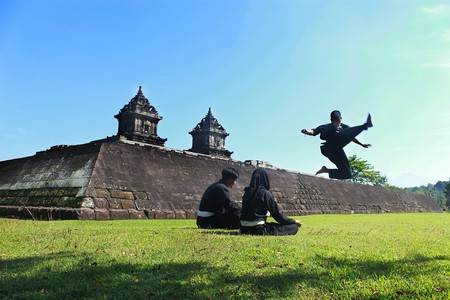 Even though the historical records about Pencak Silat are scarce, the martial art is reflected through different artifacts of weaponry and through carvings found in ancient temples. The stone carvings in Borobudur Temple, for example, show various kinds of known Pencak Silat stances, indicating its importance and ancient origins back in the 7th century and beyond.

The Purpose of Pencak Silat

According to anthropologists, Pencak Silat first served its practical purpose as a technique to protect humans from nature. Back then, the more pertinent threats to the community were natural threats, such as animal attack or extreme living conditions.

During the upheaval leading to Indonesia’s independence, Pencak Silat assumed a new role as a technique that helped local warriors defend their hometown against the colonialists. Celebrated local heroes such as Sultan Agung, Prince Diponegoro, Cut Nyak Dhien and more, have used the form of martial art in a battle against invaders.

The process of imparting Pencak Silat through generations are often supported by legends of great and somewhat fighters, which finally make their way into everyday discourse and in turn help shape the local culture. Heroic figures from different cultures such as Si Pitung, Hang Tuah, and Gajah Mada are people with advanced Pencak Silat prowess, proving the ability in martial art as a desirable quality in the society.

More than physical capacity, Pencak Silat practitioners are also seen as people with superior mental and spiritual prowess. The martial art had somehow, through everyday discourse and customs, installed itself in the society’s many facets, especially religion and tradition. 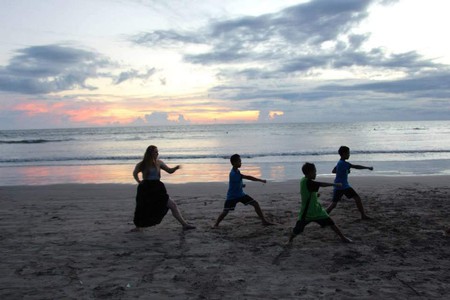 Pencak Silat on a Beach in Bali | © Meutia Widodo / Flickr

Pencak Silat and the legends around it mix with everyday customs and religious teachings, and by the 14th century, the martial art was taught alongside Islamic principles in religious halls. Other communities require practitioners to start with meditation and asceticism to cultivate the inward qualities before proceeding to the physical performance so that the religious and cultural philosophy is contained in every movement.

As a cultural aspect, Pencak Silat is often present as a traditional performance or procession during ceremonies. In Betawi culture, for example, Pencak Silat is used as a ceremonial play in traditional weddings. The play shows the groom demonstrating his toughness as he protects his bride against another fighter who tries to abduct her, using the moves and stances of Pencak Silat.

Now, the traditional martial art is celebrated worldwide. The International Pencak Silat Federation is joined by 28 countries from across the globe. The last Pencak Silat World Championship in Bali features fighters from 42 countries. Curious to try this unique martial art? Not just for Indonesian fighters anymore, you can find Pencak Silat workshops in European countries like the United Kingdom, France, Austria, and more.