10 Indonesian Photographers You Need to Know About 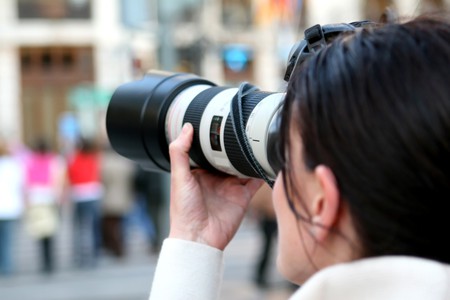 Being such a beautiful country with a fascinating culture and people, it’s no surprise that Indonesia has borne many great photographers. From travel photographers to romantic image specialists, discover the Indonesian photographers you need to know about.

Rio Wibowo, lovingly known as Rio Motret, knew he wanted to be a photographer from an early age. His passion and diligence gave him a head start in learning photography — he got his first client in high school. After the high and lows of his early career, Rio is now the go-to guy for Indonesian celebrities to capture intimate moments of weddings, family pictures, and more. His most impressive work is probably the “Alkisah” series, in which he captured 65 celebrities within the settings of Indonesian folklore.

A well-known established photographer in Indonesia, Oscar Motuloh is also acclaimed internationally. Through the years, he has had numerous solo exhibitions and published several photographic books. The Surabaya-born artist is self taught. He founded the Antara Gallery for Photojournalism in Jakarta, which has become one of the country’s most prominent photography organizations.

Winner of the 2013 National Geographic Traveler Photo Contest, Dody Kusuma is not putting down his camera anytime soon. He is actively exploring the world, collecting even more moments in the form of breath-taking pictures. Dody Kusuma is an invaluable contributor to many travel magazines and seeing the quality of his pictures, it would be no surprise if another prestigious award was on its way.

This professional photographer is the celebrities’ favorite when it comes to taking intimate pictures with a romantic flair. From engagements to pregnancy pictures, she never fails to capture character and flawless sophistication. The marketer-turned-photographer also enjoys taking pictures of her adventures around the world, resulting in equally beautiful photos to enjoy.

Winner of the 2015 National Geographic Photo Contest, Andrew Suryono is now a cherished contributor to the mainstream media. The freelance photographer nails everything, from travel photography, street photography, and portraits. His work has been featured in exhibitions worldwide – London, Washington, D.C, and of course his home, Indonesia.

Arbain Rambey is one of the country’s most prominent photojournalist — also working with an important nationwide newspaper, Kompas. Ever since his interest in photography began at five years old, Arbain Rambey has brought home many different achievements and awards, both national and international. Proud of his national heritage, the established photographer travels the country to capture precious indigenous moments, even teaching photography to locals.

This travel photographer absolutely adores his job. Being able to do the two things he loves, traveling and photography, is something he’s grateful for every time he lands in a new place to aim his lens at another fascinating location. The contributor to Getty Images also writes about the destinations he captures on his website, providing interesting takes and insights on travel enhanced by his breath-taking pictures.

This Jakarta-based photographer has been trusted with the most prestigious photo shots for many prominent brands and organisations in the country. She’s also received many awards for her work, especially in style and fashion photography. Malina founded a creative artist management company, NPM Photo, which has been handling clients from all over the globe. Also a passionate educator, many young photographers have benefited from her sharing knowledge and experience through classes she organizes.

I was actually a bit afraid, can you see it from my face? ANYWAY, some finishing touches on my Paris Spring Journal which will be online tomorrow. I have a hard time choosing from too many photos! #paris #npmapparis #npmap #parisphotos

Known for his impressive publicity shots and his prominent photography school, Darwis Tradi is one of Indonesia’s most popular and accomplished photographer. Nationally and internationally acclaimed, his works have shown up in the most prestigious media including the annual Hasselblad magazine. He’s been trusted to capture portraits of Indonesia’s most influential people, as well as products and architecture.

This photographer and official Travel+Leisure social ambassador spreads the travel bug with her Instagram pictures, capturing beautiful destinations and incredible moments from around the globe. The luxury world traveler also shares her story on her website, featuring countless reviews with breath-taking pictures that capture every location perfectly. The landscape photographer is also a great model, often featuring in the pictures she posts, with a backdrop of well-known landmarks or luxury resorts.

Happy Birthday to my friend @sukiminthio 🌴 wish you all the best! Everyone please send him some IG love😊 Photo by me @sassychris1 Shot with @djiglobal #phantom4 . . .