The Top Things to See and Do in Vadodara 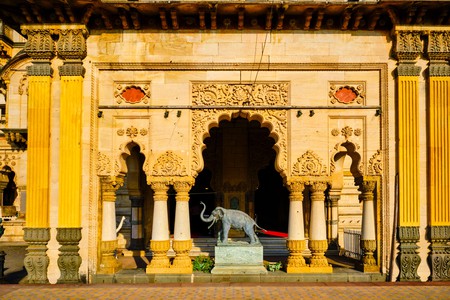 Over 2,000 years old, Vadodara, also known as Baroda, is one of the most popular cities in the state of Gujarat. The city is located on the banks of the Vishwamitri River, the water stream named after the revered rishi (saint) Vishwamitra. The city has been ruled by Hindus, Pathans, Mughals and Marathas and today houses a diverse population speaking various languages such as Gujarati, Hindi, Marathi and English to name a few. Vadodara is littered with ancient palaces and old markets along with modern shopping malls and gourmet restaurants, but the main reason for coming here is the stunning UNESCO World Heritage Site of Champaner and Pavagadh nearby. If that’s on your itinerary, check out what else Vadodara has to keep you occupied. 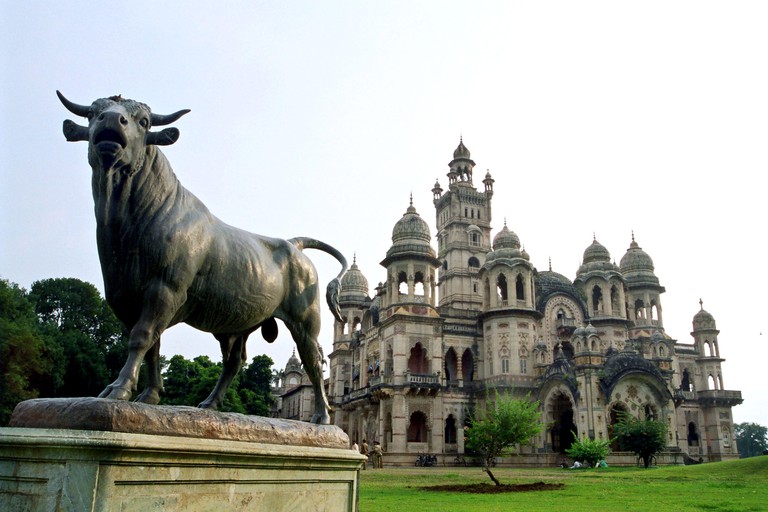 © MANISH CHAUHAN / Alamy Stock Photo
Lukshmi Vilas Palace is a majestic building, a true demonstration of luxury and affluence. It is the residence of Vadodara’s royal family and was built in 1890 by Maharaja Sayajirao Gaekwad III. The palace was designed and built in the Indo-Saracenic architectural style (represents a synthesis of Muslim designs and Indian materials developed by British architects in India). The interior, with its chandeliers, artworks, water fountains and Belgium stained glass windows, resemble a large European country house. The Durbar Hall of the place often hosts music concerts and cultural events while the museum exhibits a rich collection of artworks that belong to the royal family. Admission is allowed for a small fee and an hour long audio guide is included. 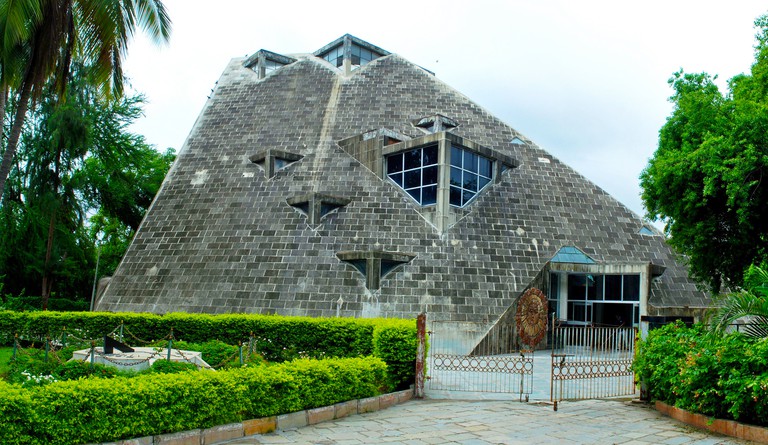 Also known as Kamati Baug, Sayaji Baug is the largest garden in Western India, built by Maharaja Sayajirao III in 1879. Spread over 45 hectares of land, the garden houses two museums, a zoo, a planetarium, a flower clock, and an operational toy train, among other attractions. The planetarium is situated near the main gate and has daily public shows as well as offering special shows to educational institutions in Hindi, English and Gujarati. The zoo was opened as part of the original park in 1879and now has 167 types of 1103 animals with the Asiatic lions being the most popular. It also has an impressive aviary. The garden is the finest in the whole of India and is visited by thousands of people every day to get a reprieve from urban life and bask in the beauty of flora and fauna. There are three gates; the first entrance gate is just nearby to Vadodara Railway Station and new Bus Stand (500 m) and is the best way to reach the garden at the earliest.

Founded by the famed Indian freedom fighter, philosopher and yoga guru, Aurobindo Ghose, the Aurobindo Ashram is a community centre where you can meditate, relax and remove the stresses brought upon by modern society through yoga, meditation and many other ways. The main ashram is situated in Pondicherry, South India. The ashram in Vadodara, houses a library, study room and sales emporium. Aurobindo Ashram served as the residence of Aurobindo Ghose during his stay in Baroda (1894 – 1906). The ashram is open for all to meditate; it’s a fantastic place to visit if you have time to spare while in Vadodara.

Baroda Prints is one of Vadodara’s most famous destinations for hand-printed dress materials in original, colourful and attractive designs. Started more than 50 years ago, today it provides a wide range of products such as dress material, sarees and salwar in cotton, butter-silk and satin. Quality is excellent and it’s pone of the most popular fabric shops in the city. There’s also a branch on Salatwada Rd, where you can see the printers at work upstairs. It’s a great place to purchase excellent quality Indian dress pieces which are beautiful and perfect for the hot and humid weather, at really affordable prices.

Paintball Venue, Sports Center
Facebook
Email
Twitter
Pinterest
Copy link
Share
Delta 9 is Vadodara’s favourite place to play some paintball. With three different paintball fields in one location; it is the biggest paintball operator in India. They also conduct cage football matches and have a brilliant shooting range. They also have a play area for kids filled with ball pools, trampolines, air bouncy, slides and swings. After all the adrenaline rush, you can head to Forget the Food (Food Court) which offers snacks and sodas to refresh you. They also have a stage area for karaoke Performances. Delta 9 is the perfect place for fun with friends and family. 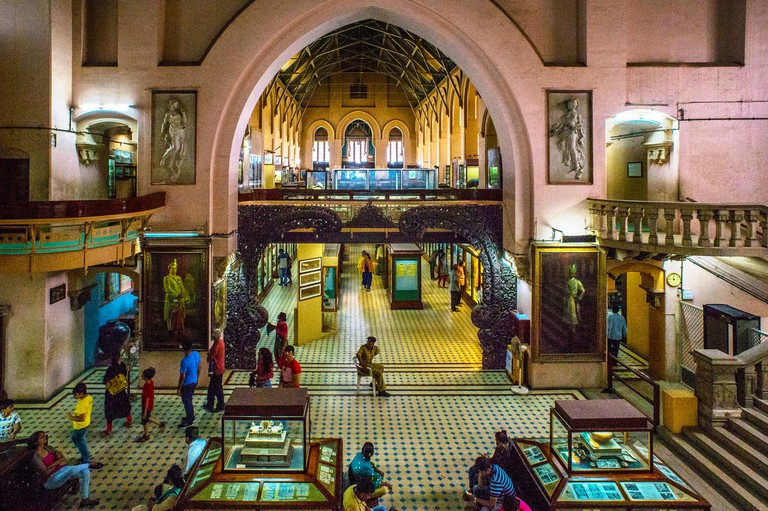 © Dinodia Photos / Alamy Stock Photo
Located within Sayaji Bagh is the impressive Vadodara Museum and Picture Gallery, built in 1894 by the Gaekwads. The museum and the picture gallery are two separate two-storied buildings built in the Indo-Saracenic style of architecture. You can see an extensive collection of artefacts relating to archaeology, geology, natural history, a variety of personal collection pieces of Maharaja Sayajirao III, and the 109 miniature paintings of the Mughal times, a Persian version of Mahabharata specially commissioned by Mughal Emperor Akbar. The museum and the picture gallery are well maintained and considered the one of the best in the east. 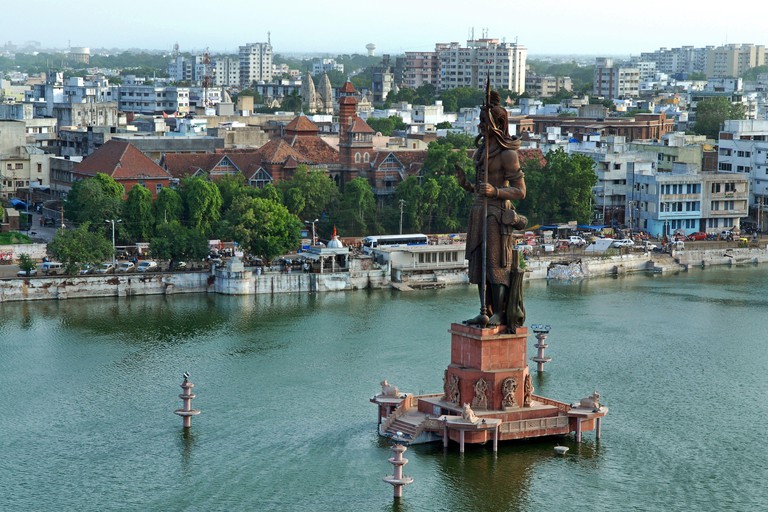 Situated in the middle of the city of Vadodara, the Sursagar Lake also known as Chandan Talao is a peaceful place to visit. Rebuilt with stone banks and masonry in the 18th century, this lake remains full of water throughout the year. A concrete wall has been constructed around the lake making room for people to sit and relax while gazing at the lake and the 120 ft. tall statue of Lord Shiva in standing posture constructed in the middle by the Vadodara Municipal Corporation. The lake is also used for boating and has become a favourite among the locals. Another tip is to visit at the weekend, when light shows illuminate the water. 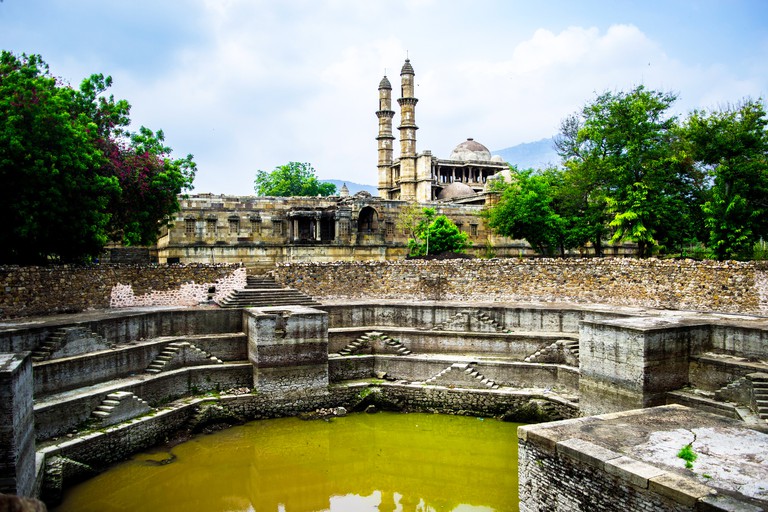 Champaner is a historical city in the state of Gujarat. It is located 47 kilometres from the city of Vadodara. It was founded by Vanraj Chavda of the Chavda Dynasty, in the 8th century, and he named it after the name of his friend and general Champa. Today, Champaner is the site of the Champaner-Pavagadh Archaeological Park, which UNESCO designated a World Heritage Site in 2004. The heritage site is studded with forts with bastions starting from the hills of Pavagadh, and extending into the city of Champaner. The park’s landscape includes archaeological, historic and living cultural heritage monuments such as chalcolithic sites, a hill fortress of an early Hindu capital, and remains of the 16th-century capital of the state of Gujarat. You can also see the tombs and temples, residential complexes, agricultural structures and water installations dating from the 8th to the 14th centuries. If you ever visit Gujarat, do take out some time to visit this place, it’s rare for one to come across an area filled with such history and awe. 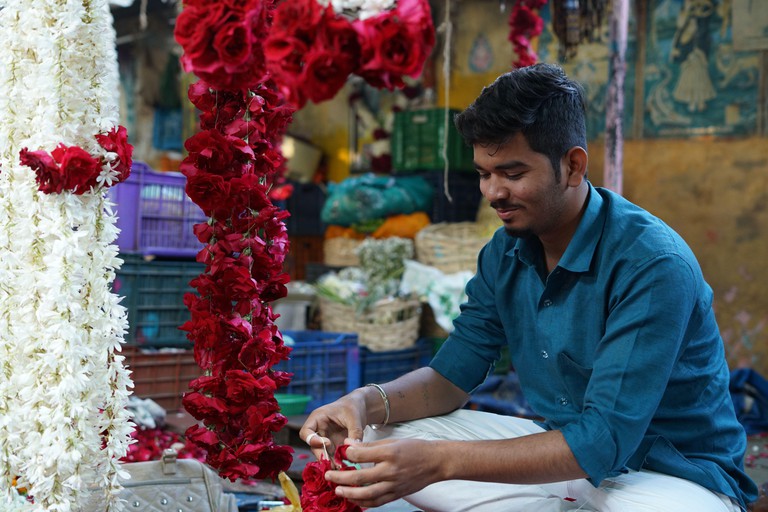 © Majority World CIC / Alamy Stock Photo
It is said that at Khanderao Market you can buy anything and everything that might be useful, from birth to death. The Khanderao Market is one of the most vibrant and architecturally striking places in the city. It comes to life at the crack of the dawn and is occupied by vegetable sellers, vendors and flower and fruit sellers. The building was gifted by the king to the people of the city on the silver jubilee of Maharaja Sayajirao Gaekwad III’s administration. It consists of two domed shaped structures that resemble a Hindu temple with a clock tower in its centre. The building also houses the office of the Vadodara Municipal Corporation. Alleys passing through the stalls lead to the wholesale market on the right and the flower market on the left.

Restaurant, Indian, Asian, Vegetarian, $$$
Facebook
Email
Twitter
Pinterest
Copy link
Share
Mandap is a legendary restaurant in Vadodara. It opened its doors in 1974 and is still going strong. The restaurant serves Gujarati thalis. The ambiance is warm and the room is splendidly decorated with a desert tent interior. The food is served on bronze plates; the thalis consists of three vegetables, lentil soup, rotis (bread), a sweet gravy in yogurt base and much more. It’s awfully filling and is worth the money.
Give us feedback