The Road Less Travelled: Alternative Things To Do in Nainital 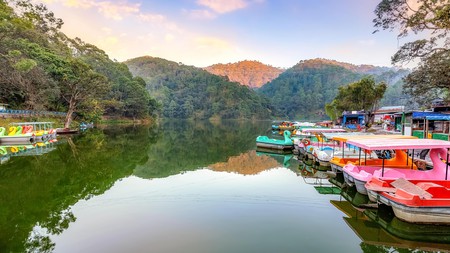 Nainital is high on India’s list of top summer getaways, but this touristy hill station has a quieter side if you know where to look.

On his explorations in 1839, a young British sugar merchant, P. Baron, stumbled upon an imposing high-altitude Himalayan lake – a drop of emerald surrounded by virgin forests. He was so taken by the beauty of the setting that he coaxed his countrymen into establishing a colony there. In pre-independent India, the town became a summer capital of the British Raj, and in post-independent India, a favourite of politicians and Bollywood stars. Nainital might have metamorphosed into a tourist trap over the years, but it is still peppered with glimpses from the days of Baron. Culture Trip lists ways to skirt around the crowded Nainital to rendezvous with its original version. 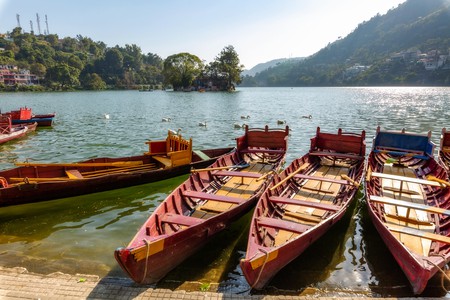 The true charm of a hill station lies in its walking paths, and Nainital offers plenty of beautiful ones. Steer clear of the Mall Road to walk the best of these: the Thandi Sadak, or ‘cold road’ (it rarely sees the sun). The 1.5-km-(1-mile-)long pedestrian-only stretch cups the Naini Lake on its left side, looking from Tallital (lower lake) towards Mallital (upper lake). An antidote to the busy Mall Road on the opposite side flanked by overpriced shops, the charming gravel-filled Thandi path is lined with gently sweeping willow branches caressing the lake’s surface, offering quietude and panoramic views of the Nainital Lake dotted with yachts and row boats.

High above the Thandi Sadak, the Ayarpata Hill Road branches into another hidden trail, the McDonnell Circle, a lush route that few know of (take the right that forks off opposite Ayar Jungle Camp) and which serves as an alternate escape. It’s a far more quiet, verdant route to get to Dorothy’s Seat, a popular viewpoint in Nainital that is also known as ‘Tiffin Top’.

A third offbeat trail branches off from the route going up Cheena Peak, Nainital’s highest hill, which offers a breathtaking bird’s-eye view of the ear-shaped Naini Lake and town. Halfway up this trail, the route branches off towards the Kilbury Forest Rest House through a winding oak and deodar forest. This trail has been described by hunter-turned-conservationist and writer Jim Corbett as one of his favourite ones, and remains one of Nainital’s finest and least trodden paths. 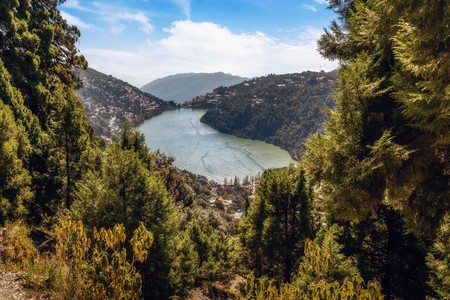 Once a part of British India, Nainital is laced with the remnants of its colonial past. Some of the most beautiful structures in town are the ones tourists rarely go to. From public churches to private homes, colonial architecture fans are in for a treat. The stately Governor’s House marks the beginning of the road that showcases a series of Nainital’s famed boarding schools in all their Victorian glory, including convents and institutions like St Mary’s, St Joseph’s and Sherwood, established over a hundred years ago.

The road runs high above Naini Lake, offering several vantage points for photo-ops, and ends at the Ayarpata Hill. Quiet brick lanes and oak tree cover abound on this hill, along with some lovely old houses. Hidden in this shady canopy amidst birdsong stands Gurney House, an old bungalow where Corbett grew up. It is now privately owned, but Corbett fans can drop by and request to peer into his French windows and Nainital days. Towards the end of the winding tarmac road that goes down from Ayarpata is the stately High Court, a building that is worth stopping by, even if you just see it from the outside. Diagonally opposite is the quaint St John’s in the Wilderness Church, its atmosphere true to its name, far removed from the chaos of the touristy ‘flats’ a short walk away. Not too far south from here are remnants of Pilgrim’s Cottage, the house built by the P Baron credited with the discovery of Nainital. 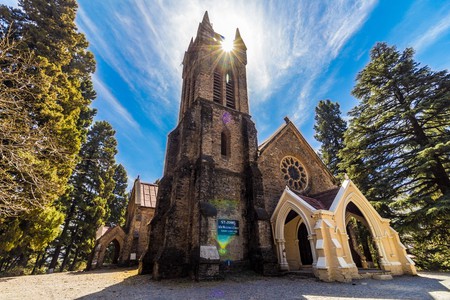 No trip to Nainital is complete without sampling the Kumaoni cuisine unique to the hills of this area. You might find a dish or two tucked away on restaurant menus, but ask for a thali if you want the entire experience. Originally born out of the need to combat harsh climatic conditions and low nutrition levels, Kumaoni cuisine is rich in iron and protein. The most interesting ingredient is cannabis, which is used as a flavoursome nutrient and not as an intoxicant. The bhaang (hemp seed) chutney is a star accompaniment that can be used to spice up potatoes or to add fire to your curry.

While Kumaoni food is what locals here eat at home, they love their plateful of momos (steamed dumplings) when they step out. Sonam’s, a tiny momo shack in a corner of Nainital’s narrow Tibetan market, is an institution. There are many newer places now to cater to the increasing tourist crowd, but the old residents have their loyalty in place.

Another favourite haunt is Sakley’s, the mountain café in Mallital that is the town’s oldest serving coffee-and-cake place. It also serves good Thai food, or rather, Nainital’s finest version of it. Other favourites of the local boarding school population include the yummy ‘buntiks’ (veggie patties and chutney filled in freshly baked buns) sold at Neeru’s and Bishty’s, and the onion and chilli-laden boiled egg roadside snack that instantly warms you up on a cold day. There are plenty of new restaurants and cafés to choose from, but visit the smaller eateries for a slice of local taste. Finish it off with a drink at the Boat House Club, Nainital’s old-school club where British residents and prominent locals had social gatherings in the club’s heyday, and which still hosts an annual regatta. 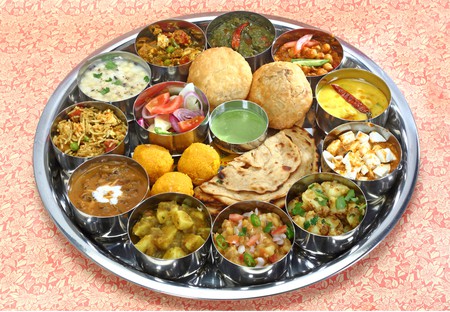 If you enjoy bringing back souvenirs, choose from the locally made wooden home decor you’ll find aplenty at the numerous souvenir shops around the bandstand, a raised platform in Mallital near the Boat House Club where people pose for photographs with the Naini Lake in the backdrop. In the sixties, after India gained independence, the bandstand served as a stage for patriotic music played by bands conducted by the Indian National Army; the music is long gone but the name has stayed.

Keep yourself warm with woollens from the Tibetan market in Mallital, or get a gift box of yacht-shaped candles, an all-time favourite souvenir from Nainital. Locals going out of town, however, rarely leave without a box of chocolate barfi (milk-based sweets), best bought at Anand Sweet House in the Tallital market.

It’s easy to move around and explore Nainital in taxis from the two main stands at Tallital and Mallital or, like a local, you can hop onto a ‘bike taxi’ for half the price. Nothing beats walking, though, which triumphs over all other modes for locals. Make that your preferred mode, too, and you will see a Nainital privy to few.