Things To Do And See In The New Territories, Hong Kong 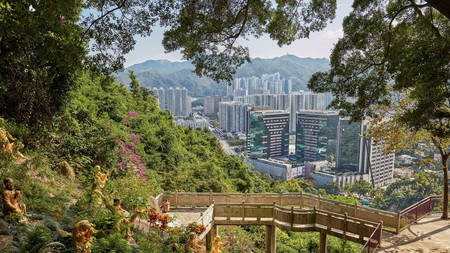 Visitors might neglect the natural glamour of Hong Kong’s New Territories. Offering a wide variety of stunning landscapes, from mountainous hills commanding the panoramic views of the islets to country parks preserving declared monuments, nature lovers can venture into the unspoiled countryside of the area. The historical relics are also remarkable in the area, including the Tien Tan Buddha and the restored Ping Shan heritage trail, to name just a few. Here is the list of top ten things to do and see in the New Territories. 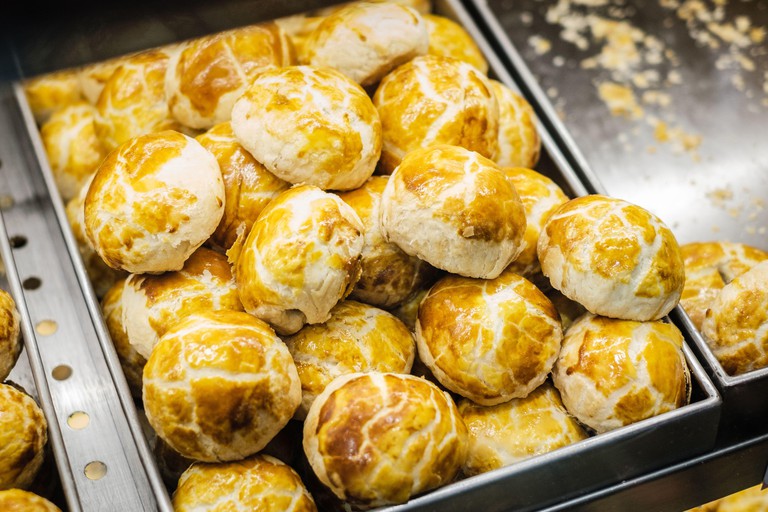 hanohikirf / Alamy Stock Photo
As a must-go Cantonese-style classic café in the New Territories, Mrs. Tang Café boasts its signature freshly baked pioneering creations, pineapple buns overwhelmed with butter, tomato and omelettes. Awarded Best Restaurant 2015 in Hong Kong, this local café specializes in Hong-Kong-style milk tea and breakfast sets. In characteristic Cantonese-inspired vintage table settings, the café is crammed with stools and tables. It can take up to two hours just to get a seat, so it is recommended that you start lining up early, even on weekdays.

Watch out for: the signature pineapple buns 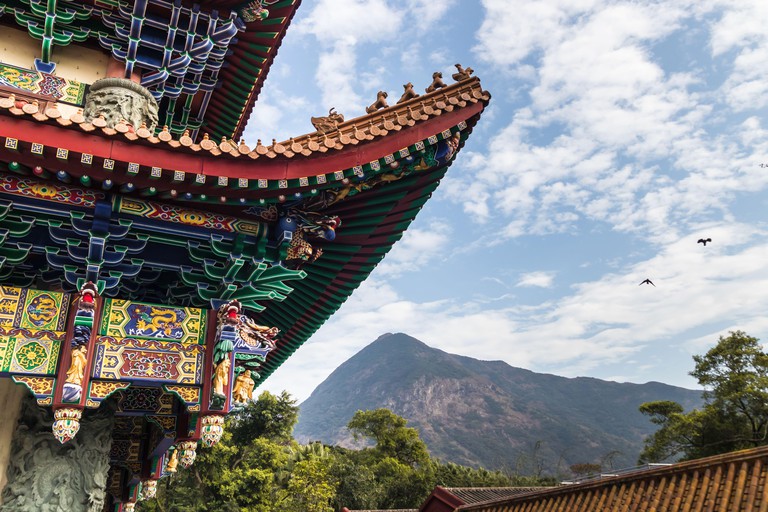 Unnaugan / Alamy Stock Photo
On the verdant Lantau Island, you’ll find the 100-year old Po Lin Monastery, containing the 34-meter-tall Tian Tan Buddha made with 202 bronze pieces, that is acclaimed as the world highest bronze Buddha. As a Buddhist establishment, the monastery was once known as ‘the Big Thatched Hut’, and consists of the Great Hall of Treasure, the Weituo Hall, the Maitreya Hall and other structures with bushels of Buddhist scriptures scattering over the spot. Renowned for its impressive architectural design that embodies oriental flavour, the monastery is surrounded by mountainous hills and drumming rocks that create a tranquil atmosphere in which to worship. 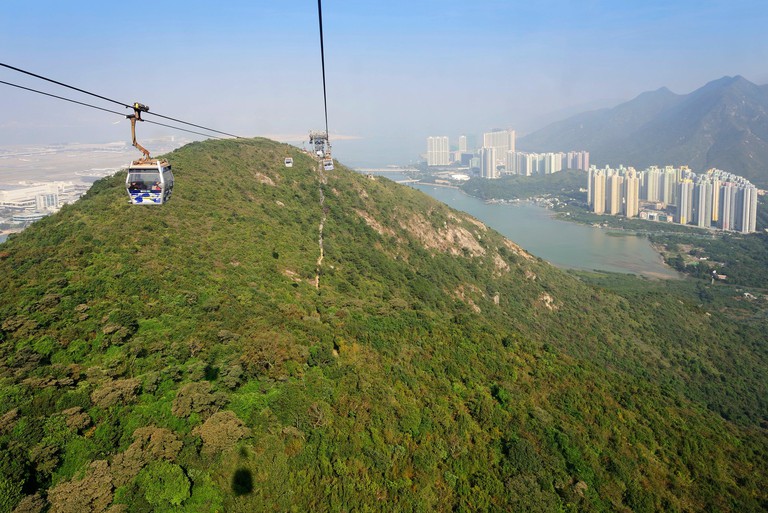 imageBROKER / Alamy Stock Photo
Savour the breathtaking view of Lantau Island in the crystal-clear and transparent cabin at Ngong Ping 360. The cable car tour, featuring an impressive 5.7km journey, opened in 2005 and takes visitors from Ngong Ping to Tung Chung, where they can feast their eyes on the green landscape of the islet through the windows and the characteristic glass bottom floor. While staying in the cabin, guests can overlook the commanding bird’s-eye view of the natural ecological environment and the panoramic scenery of the Tian Tan Buddha Statue, Hong Kong International Airport and the South China Sea. 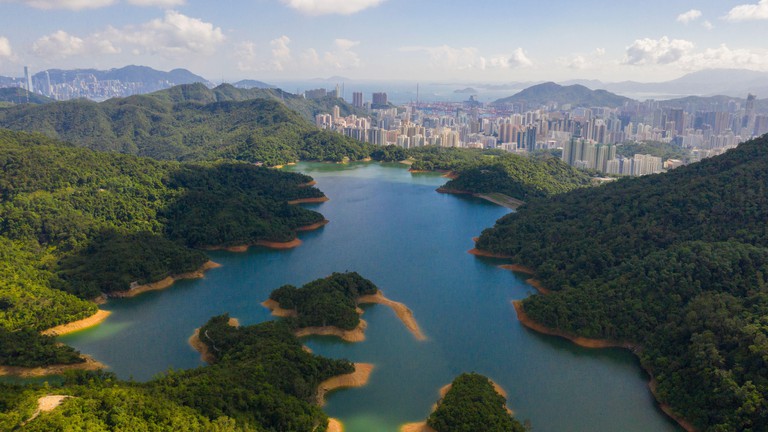 Chi Wai Derek Yung / Alamy Stock Photo
Retreat to a natural landscape of Hong Kong, Shing Mun Reservoir, that is embraced by protective feng shui woodlands and turquoise-coloured water. Built in 1937 (with some villages submerged in the process) the memorial stone of the reservoir was declared as a national monument by the government in 2009. Strolling along the pavement, guests can command the stunning view of the water gurgling into the bellmouth overflow and passing through the steel bridge, as well as a secluded Eden surrounded by bushes and forests.

If the bustling cityscape is not what you desire, then a one-day journey to the secret Sharp Island, with its amazing island views, might be your cup of tea. Boasting its uncrowded beach, with expanse of grassy dunes and pebbles along the shore and limpid sea water, visitors can enjoy a laid-back sunbath at this serene haven, or a relaxing stroll on the boardwalk. Pineapple-bun-shape rocks are the highlights of Sharp Island – they are unique, and can only be found on this small islet in Hong Kong. 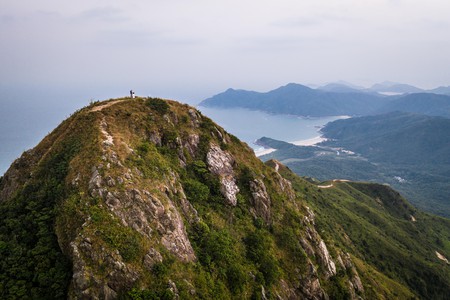 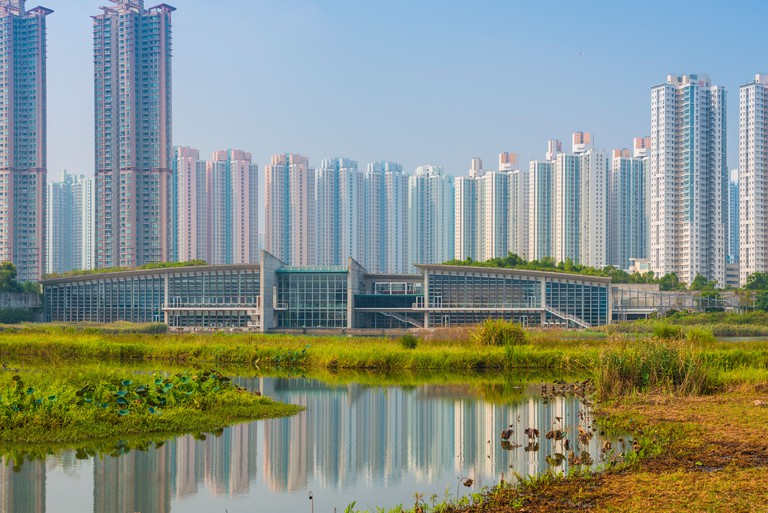 Sean Pavone / Alamy Stock Photo
Situated on the northern part of Tin Shui Wai, the world-class Hong Kong Wetland Park consists of damp wetlands that are the habitat of various endangered species from Hong Kong. This 61-hectare spot, with fish ponds, mudflats and riversides, is home to crabs, mudskippers, freshwater fish and many birds. Observation points and tubes are set up along the stream walk, allowing visitors to discover tiny animals such as the kingfisher in their holds on the cliff, and dragonfly hidden in their naiads. With hands-on information and experiences uncovering the biodiversity of Hong Kong’s wetlands, visitors are able to gain insight into the local ecological environment.

Visit this stunning yet fascinating islet southwest of Hong Kong Island to experience the everyday life of the indigenous people and celebrate their local customs and festivals. Cheung Chau preserves the traditional 100-year ritual of the week long Cheung Chau Bun Festival, held from the fifth to the ninth days of the fourth lunar month every year. Here guests will witness a distinctive competition where indigenous people fervidly climb up bamboo towers filled with baked buns, as well as the boisterous towns imbued with papier-mâché effigies of deities. Recognized as some of the world’s intangible cultural heritage by UNESCO, the festival attracts flocks of visitors with its Taoist ceremonies, unique lion dances and inspiring parade. 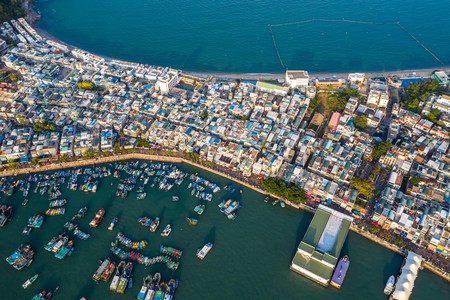 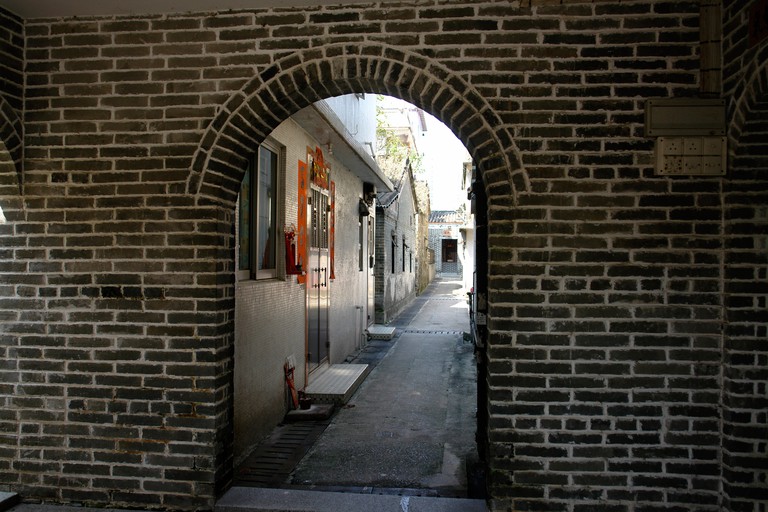 myLAM / Alamy Stock Photo
Inaugurated in 1993, the Ping Shan Heritage Trail was the first cultural trail in Hong Kong, and it features declared monuments and graded buildings of oriental architectural characteristics. Ping Shan was home to the Tang clan since the time of the Song Dynasty, and their ancestors established the three walled villages and built six villages that house the ancestral halls, study halls and temples in the surrounding area. Strolling along the trail you’ll find the Tsui Sing Lau Pagoda. The only traditional pagoda in the New Territories, it was built 600 years ago and has a distinctive seven-storey green-brick structure in hexagonal shapes. The Kun Ting Study Hall unveils the traditional classrooms for the preparation of imperial exams. These constructions not only symbolize the folk culture of the Tang clan, but reflect the traditional customs of the New Territories. 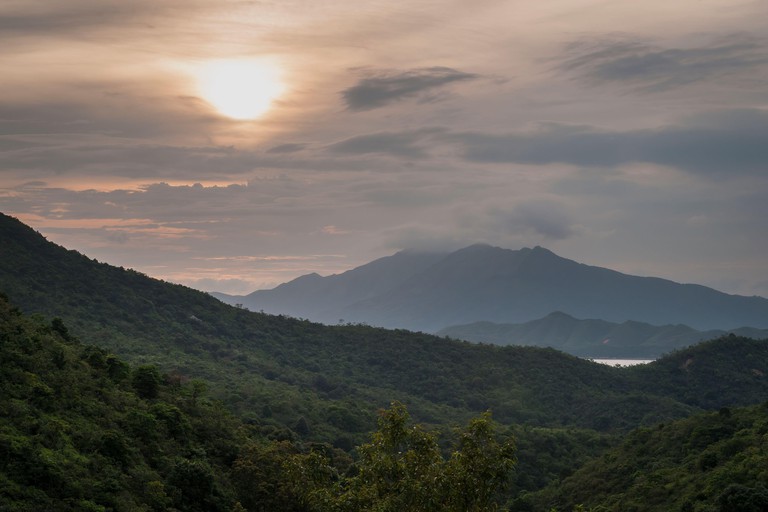 Nick Gleitzman / Alamy Stock Photo
Marvel at the magnificent landscape of Tai Mei Tuk and the Plover Cove Reservoir at Pat Sin Leng Country Park. The 3125-hectare natural terrain features eight peaks, each representing a fairy in Chinese mythology, commanding picturesque views of the emerald green forests. Hiking above the timberline among bushes allows visitors to admire the impressive natural landscape of the New Territories. The path is rather rugged and remote, covered with only short grass and low shrubs, and is coupled with rocky cliffs, hoodoos, and streams. 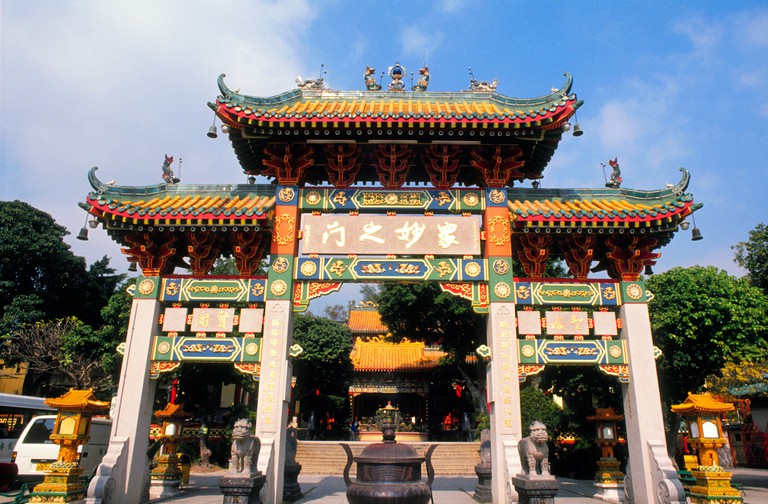 Nick Gleitzman / Alamy Stock Photo
As a spot of astonishing charm: a tourist attraction with temple complex, and a cemetery for former community members. Ching Chung Koon features multiple ancient relics, including the Palace of Pure Brightness, ornamented with lanterns from Beijing’s Imperial Palace, and the Hall of Cloud and Water, displaying historical Chinese calligraphy. The Taoist temple stores the cremated ashes of dead people, while the garden is complemented by fish ponds and archways. The popular bonsai exhibition, showcasing trees of artistic and quirky shapes, is held in this historical spot every year.