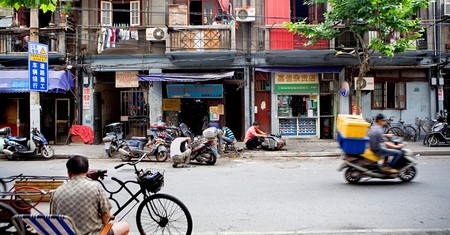 Beijing is not just a place to admire the Great Wall and eat roast duck. As a vibrant city with a rich history spanning thousands of years, the Chinese capital has a lot more to offer than just the obvious touristy stuff.

While roast duck is the obvious choice for every tourist in Beijing, to really do it like a local, try mung bean milk (douzhi). Using the remnants of mung bean noodles, douzhi is a traditional snack that old Beijingers delight over, yet the younger generation tend to shy away from due to its acquired taste. Try it, and then have a go at describing the taste to someone else – it’s exceptionally hard to define.

You can only become a Beijing expert if you learn the local dialect. And r-colouring (erhuayin) is the essence of its accent. It is a phonological process that adds the ‘er’ sound to certain syllables. For example, when you order the mung bean milk at a traditional snack bar, you say ‘douzhi’er’ rather than ‘douzhi’. However, it’s not always easy to decipher when the ‘er’ sound is added – even a lot of expats can’t figure it out!

Cycle through the city’s hutongs

Existing since the Yuan Dynasty, hutongs are lanes that form the old town of Beijing. Among the most famous hutongs are the Eight Great Hutongs, which used to be Beijing’s red-light district, and the One Hundred Flowers Hidden Deep Hutong (Bai Hua Shen Chu), which is renowned for the Baihua Studio where top Chinese rock musicians have recorded their songs since the 1980s. Instead of using the rickshaws frequented by tourists, why not do as the locals do and cycle instead. 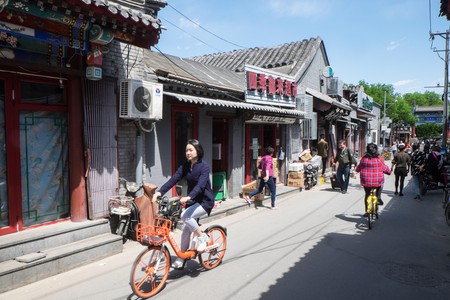 Get your shoes wet in Beihai Park

With a history dating back over 1,000 years, Beihai Park is one of the oldest and best-preserved imperial gardens of China. You can sail on the park’s lake in duck-head paddle boats in warm weather and ice skate across it when it’s frozen in the winter. 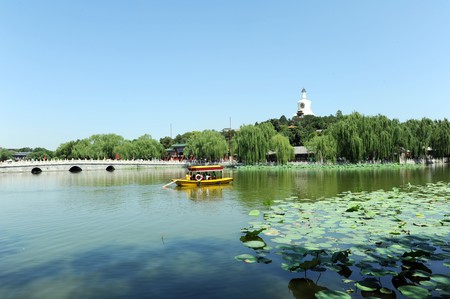 See the Forbidden City in the snow

There’s simply no weather that suits the crimson walls of the imperial palace as well as snow. The iconic building housed the Chinese imperial family for over 500 years and attracts an estimated 14 million visitors annually. 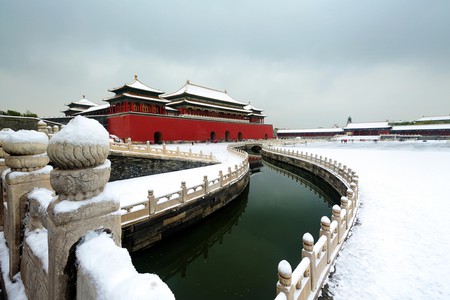 Beijing is known for its ring roads that mediate between the main roads, together forming a chessboard pattern. The second ring road, as the most inner of the concentric ring roads circling the Forbidden City, acts as a line separating the historical hutong areas and the new, modern Beijing. While most of the Subway Line 2’s route overlaps with the second ring road (except for its southernmost part), there’s probably no better way to learn about historical and modern Beijing simultaneously.

The flag-raising ceremony is held at sunrise every morning. The time is calculated by Beijing’s astronomers to be the exact moment when the first streak of sunlight shines through the horizon seen from the Tiananmen Square. You can find the timetable on the official website. 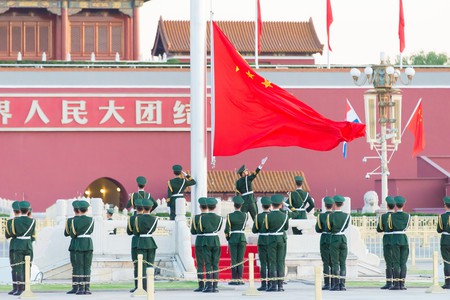 Tiananmen Square is in the centre of Beijing | © Shutterstock

Walk around the 798 Art District

The 798 Art District is a place you can’t miss. The avant-garde art zone is set within a Bauhaus-style Socialist factory compound that was built in the 1950s, and the walls of some of the buildings, which are now galleries, are still adorned with Mao-era slogans. There are also interesting shops, bars and cafés to check out. 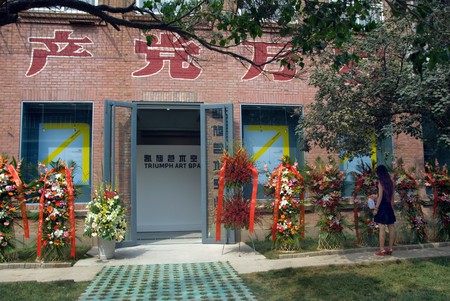 Watch a football game at the Workers’ Stadium 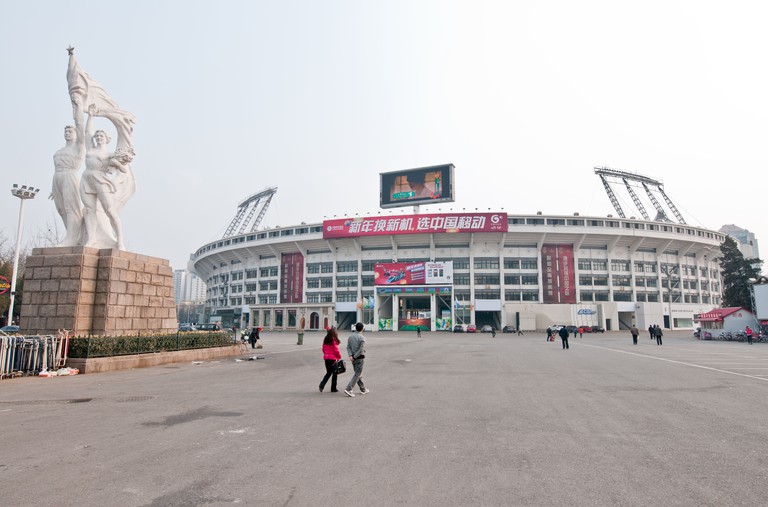 Every time Beijing Sinobo Guoan FC are playing a match, a sea of green jerseys is visible on the street in front of the Workers’ Stadium, stretching from Sanlitun to Dongsishitiao. It’s fun to watch a game with the locals – the atmosphere is electric – though it may not be so pleasant an experience if you are a supporter of the opposing team.

Feast on a traditional mutton hotpot at Jubaoyuan

If you’re feeling peckish, a Beijing copper hotpot is an absolute must. As the most time-honoured hotpot restaurant, Jubaoyuan is famous for its handmade mutton slice and sesame seed buns. Culture Trip highly recommends you book in advance, as there’s always a long queue during dining hours.