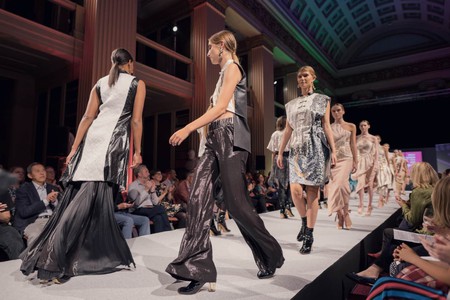 Exploring the intersection of femininity and technology, young fashion designers are using modern-day techniques to transform a piece of Chinese fashion history.

The qipao is a traditional Chinese dress that dates back to the 16th century. Initially a menswear item, it became an acceptable form of casualwear for women in the 1920s and is now mostly worn in China as uniform or for special occasions. Today, a new wave of designers, such as Zheng Rong from Shanghai International College of Fashion, are applying cutting-edge technologies and design traits to bring this historic piece to the forefront of modern fashion. Their work makes up part of this year’s Shanghai Season, Edinburgh Festival’s homage to Shanghai-style fashion and culture.

The 2018 event, hosted at Edinburgh University, reflects upon the qipao’s illustrious past, presenting historical items sourced from Shanghai’s Museum of Textile and Costume, as well as these new interpretations by fashion innovation students from Shanghai International College of Fashion.

Dresses in the exhibition include the original loose-fitting, floor-length versions that women were forbidden to wear in the 1600s and unisex styles that were introduced alongside gender equality movements in China during the 1911 Xinhai revolution. 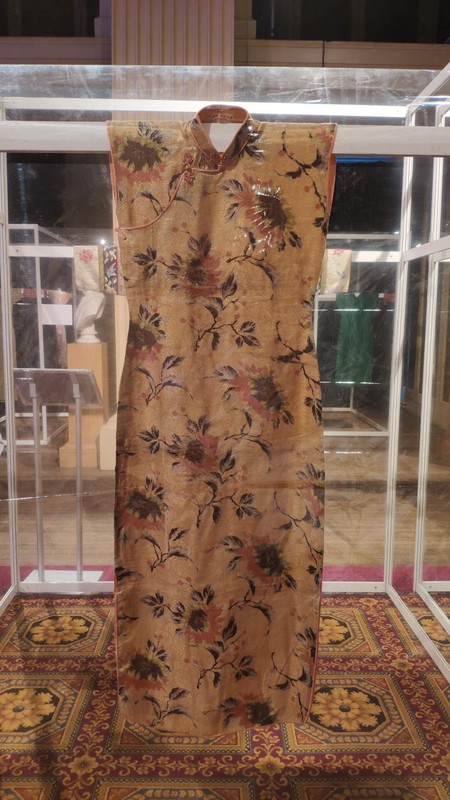 The 1920s interpretation – mid-length, form-fitting silhouettes that graced the covers of Western Vogue – remain most prominent today, but students from the Shanghai International College of Fashion are putting a technology-inspired twist on the look. “We reference Chinese history every day within our studies,” says Rong. “During the 1920s and 1930s, China was undergoing a cultural clash between Western style and traditional Chinese clothing, and the qipao is the end result.”

The history of the qipao is a key addition to the Shanghai International College of Fashion’s curriculum. “It holds a remarkable position in Chinese clothing culture, especially in terms of women’s clothing,” says Vice Dean Li Jun. “We look to innovation to give qipao new life by using wearable technology and innovative materials.” 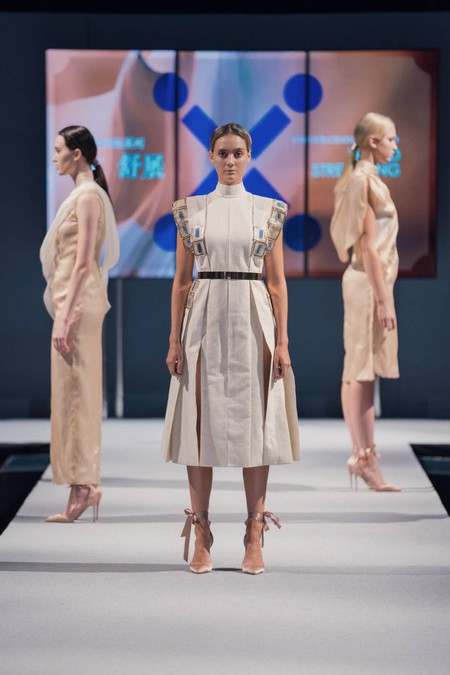 Rong’s collection is particularly advanced; she uses knitting technology and temperature-sensitive yarn to craft her designs so that any change in external or body temperature causes the garments to change colour. “I looked to technological elements such as light sensation, and thought about how to combine femininity and technology,” says Rong. “But I was also interested in the cultural characteristics passed on by qipao and the insight that the style’s history gives into humanity and Chinese culture.”

Rong’s work captures the fusion of history and innovation that Shanghai Museum of Textile and Costume’s curator, Bian Xiangyang, was looking to present: “Designers were chosen based on their ability to translate something deeply historic into something new,” he explains. “We’re excited to introduce this take on the dress to groups of people who might be discovering it for the first time. The Edinburgh festival is about discovery through art and technology so it feels like a great place to showcase these works.” 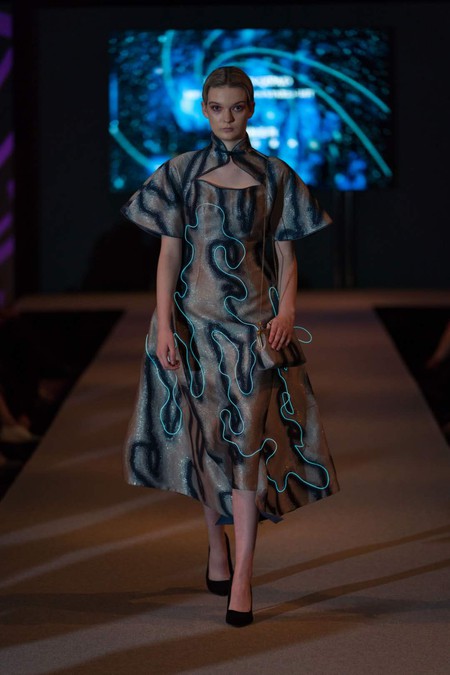