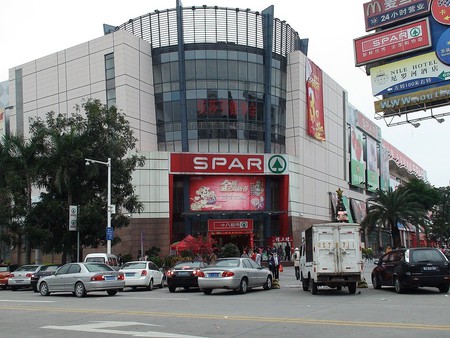 For more than a decade after it opened, the New South China Mall in Dongguan – the biggest shopping mall in the world – was practically empty. However, this once nicknamed ‘ghost mall’ is now almost at full occupancy. Here’s why.

Bigger isn’t always better. This couldn’t be more true when it comes to the world’s biggest shopping mall. Owners of the New South China Mall in the southern Chinese city of Dongguan had high hopes when it first opened in 2005, but those hopes were soon dashed when it remained virtually empty for more than ten years.

The original aim was to attract 100,000 visitors a day with a host of shops, restaurants and entertainment venues. However, for a decade, less than 10 percent of the mall was occupied. In the year 2011, that number plummeted to less than one percent.

At first, the mall seemed promising. It had a staggering 660,000 square metres of space, enough for more than 2,300 stores. It was more than twice the size of the Mall of America, the biggest shopping centre in the United States. It even erected giant replicas of the Egyptian sphinx and the Arc de Triomphe outside and bragged about its indoor roller coaster.

However, the mall wasn’t a hit with locals and remained deserted. It was so empty it earned itself the nickname ‘ghost mall’. Most of Dongguan’s eight million inhabitants are migrant workers, who earn their living in local factories; therefore, many are without a great deal of disposable income. 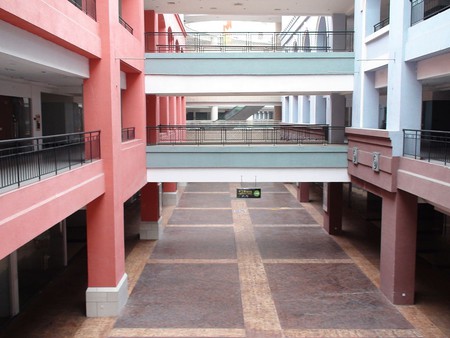 The shopping mall remained virtually empty for more than a decade | WikiCommons.

Back from the dead

However, a recent renovation and modernisation of the mall is proving to be more successful. Its new strategy is to focus on restaurants and shops that target China’s middle, rather than upper, class. So far, it is drawing more shoppers and tenants to the mall. Parts of the building that were previously empty are now filled with new restaurants, shops and entertainment providers. With more visitors than ever before, the relaunch seems to be breathing new life into the ‘ghost mall’.

In an interview with CNN, Ms Shu, head of New South China Mall’s marketing unit, said that following the refurbishment, they anticipate ‘almost full occupancy rate and no empty shops’.

Some of the new features of the mall include a globe-shaped IMAX-style cinema in the outside square, as well as amusement attractions for kids and an overall better mix of retail and non-retail space.