World Rugby Wants a Chunk of the Chinese Sports Market 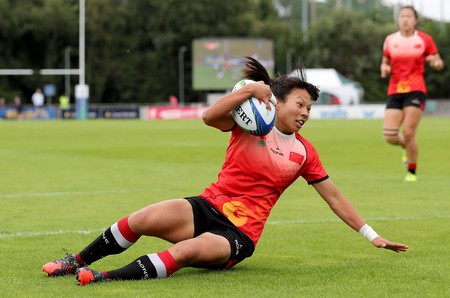 The aggressive spending in Chinese football is well publicized, but it is not the only sport on the rise in the country. The country’s sheer size means other sports want a piece of the potential, and rugby is no different.

It’s a fact that goes beyond sport. Any business looking to expand their model looks to China. Unlike football, rugby is relatively new to China, in any capacity. Today, it’s growth is generated through internal and external factors. According to CNN, Alisports — a subsidiary of Alibaba, China’s biggest online commerce company — plans to invest $100 million over the next decade. On top of that, there is a plan to train 30,000 coaches and 15,000 referees within the next four years through the Get Into Rugby program.

It has not gone unnoticed that the Rugby World Cup will be held in Japan in 2020, the first time the competition has come to Asia. In addition, Rugby Sevens proved to be a huge success at the 2016 Olympic Games in Rio, and Tokyo hosts the Games in 2020. In the last Rugby World Cup, Japan performed brilliantly, coached by current England coach Eddie Jones and winning over neutral supporters the world over, especially with their dramatic victory over South Africa in the group stages.

Arguably the flagship event on the Rugby Sevens calendar is the Hong Kong Sevens, first staged in 1976. The tournament’s success, or more accurately continued success, is vulnerable. It used to be a stand alone event, but joined the World Rugby organized Sevens World Series. The move raised the profile of the game’s shorter format, and led the way for Olympic inclusion, but has somewhat diluted by World Rugby’s insistence that it all falls in line with the brand they are creating. World Rugby has seen how popular rugby can be in that part of the world (the Hong Kong Sevens attracts around 120,000 spectators each year), has gobbled it up and now plans to milk it for more profit.

In an interview with China Daily, Ross Mitch, general manager of Asia Rugby, said, “China has 1.4 billion people. If we can get just 1 percent, 14 million, playing rugby, we are going to take the world by storm.” It’s a rationale seen plenty of times before — China is huge, not many people play our sport there, therefore we can make money: an untapped market.

World Rugby is in the enviable position (or unenviable, depending on how you look at it), of having a few different emerging markets to explore together. Like cricket, the sport’s origins in the British Commonwealth mean there have historically been a finite number of countries playing the game seriously since inception. Within that, it has only been a professional game since the 1990s. An aim of the rugby initiatives in China, and on shared by World Rugby (at least in the long term) is for the country to host the Rugby World Cup. Japan has the 2020 tournament, but China must contend with countries far further down the rugby road than themselves, such as Argentina or the United States.

It remains to be seen how successful rugby becomes in China. Certainly, the fact that the Sevens version of the game has Olympic recognition is a big tick within the country, whether it can embrace XVs in the same way depends on the culture they can create. As with almost any aspect of business and China, the buzzword is always ‘potential’, but success is a long way from now.