As the first Chinese citizen to win the prestigious Pritzker Prize in 2012, Wang Shu may be one of the most revered Chinese architects of all-time. His style combines traditional materials with modern design and pushes against the norms of current Chinese architectural practices. 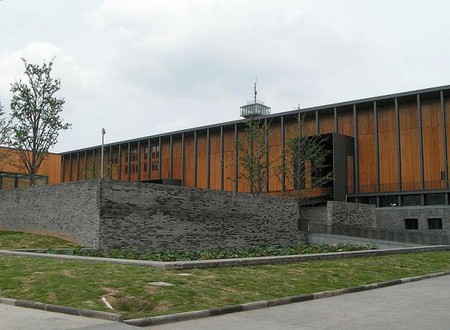 Born in November 1963, Wang Shu grew up in the far west of China and showed early signs of artistic talent. When it came to university, he compromised between his artistic passion and his parents’ recommendation for engineering by opting to study architecture at the Nanjing Institute of Technology (now the South East University). After receiving a bachelor’s degree in 1985, and a master’s degree in 1988, Wang Shu moved to Hangzhou for the city’s natural landscapes and ancient artistic traditions. By 1990 he had completed his first architectural project, a youth centre in the small city of Haining near Hangzhou.

Between 1990 and 1998, Wang Shu received no further commissions; during this time, he on construction sites with carpenters, masons and other craftsmen to learn their skills. Additionally, he continued his studies at the School of Architecture of Tongji University in Shanghai, where he earned a PhD in 2000. During this period Wang Shu and his wife, Lu Wenyu, founded the architectural firm Amateur Architecture Studio in 1997. This name was chosen as a rebuke of the ‘professional, soulless architecture’ practiced in China, which they believed contributes to the large-scale demolition of many old urban neighbourhoods. 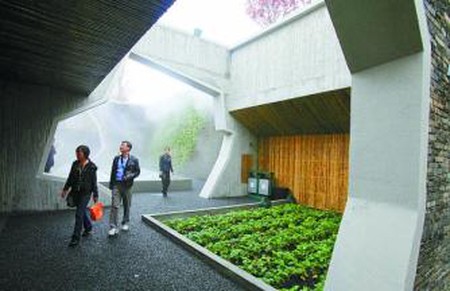 Therefore rather unusually for an internationally acclaimed architect, Wang’s five major projects are all based in China, many of which are near his home region of Zhejiang near Shanghai. It is Wang’s sympathy for the past that has won him such recognition within and out of his home country, and indeed the 2012 Pritzker Prize. China’s recent and rapid urbanisation has led to a large number of vast and experimental buildings. Whilst often innovative and exciting, these buildings bear little to no relevance to previous traditional structures. These numerous, ruthless and often unsightly buildings are what Wang Shu has been challenging as an architectural concept.

Whilst not disputing the power and the necessity of huge new building projects in China, Wang Shu wished to offer an alternative style. At Amateur Architecture Studio, he and his wife are concerned with notions of memory, history, location, identity and craft. This relationship between culture and architecture is one that can be seen in the Ningbo Museum of Art. Ningbo, a coastal city in the Yinzhou District in the Zhejiang region of Eastern China, has a rich and long history that Wang Shu wished to emulate and respect in the building. The building uses recycled materials such as reclaimed tiles, which ties in with historic building practices, and cement-covered bamboos. This use of recycled materials has been considered particularly unusual and is an aspect that has been repeated in a number of his buildings; 2 million tiles from demolished traditional houses were used in the China Academy of Art’s Xiangshan campus in Hangzhou. 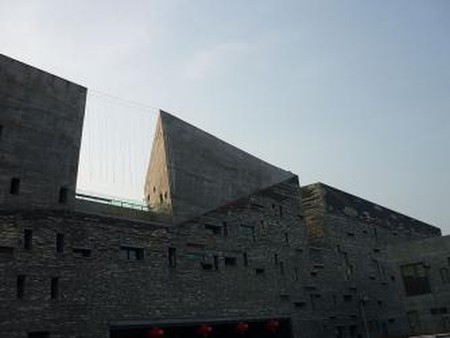 This craftsman-like approach and sensitivity to the area of Ningbo in the design of the building are arguably qualities that won Wang Shu the 2012 Pritzker Prize; the jury praised Wang’s work as ‘exemplary in its strong sense of cultural continuity and reinvigorated tradition.’ This shows that whilst the buildings are sensitive to the past, they do not feel out of place in a modern setting and context. The structure’s conceptual combination of mountains, water and ocean relates to both the geographic nature of the coastal locale as well as the historical importance of sea culture. It echoes the past, yet simultaneously updates it to coexist with surrounding buildings.

Another important aspect of Wang Shu’s architecture is in the title of his architectural studio, Amateur Architecture Studio. It is his opinion that often the illegal, temporary and amateur architecture such as that found in shanty towns, is equal to that of professional architecture, yet is not considered significant. Wang seeks that his architectural practise, regardless of purpose or scale, will feel like a home, believing that too many professional architects think too much of the building itself, and less about those who will use it. This human approach to architecture makes Wang Shu stand out as an architect practicing within China, and echoes the practices and beliefs of other Pritzker Prize winners, such a Frank Lloyd Wright and Richard Rogers.

Having won numerous awards in addition to the Pritzker Prize, Wang Shu is a force of Chinese architecture to be reckoned with. Whilst he may not build the biggest or the most high profile buildings in the country, the buildings that he does create are sympathetic to Chinese history, culture and tradition. 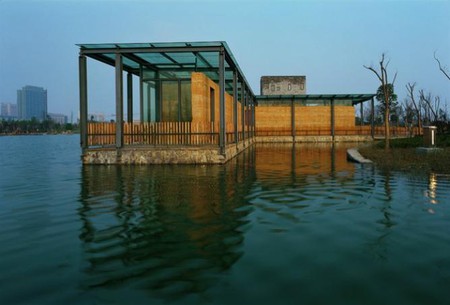