This City is Home to the World's Largest Waterpark 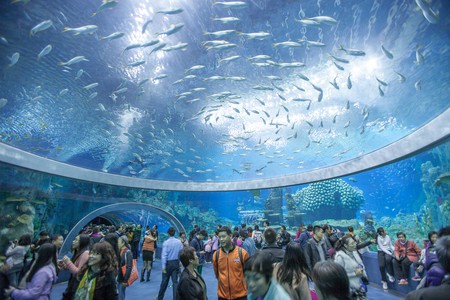 Holder of five Guinness World Records, Chimelong Ocean Kingdom in the Chinese city of Zhuhai is the largest ocean theme park in the world. We found out how and why it’s been making such a big splash.

Much like the size of the country, theme parks in China tend to be big – very big. Such is the case with Chimelong Ocean Kingdom, located on the southern Chinese island of Hengqin. The ocean-themed park, which cost a staggering US$806.5 million to build, is the holder of not one, not two, but five Guinness World Records, including the title of the largest aquarium in the world. 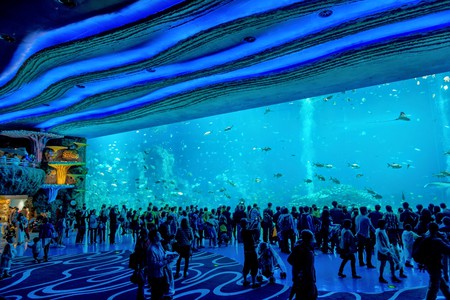 The aquarium has a total water volume of 48.75 million litres of salt and fresh water, making it the nearest thing to an actual ocean inside a theme park. It’s home to about 20,000 rare fish of different species such as manta rays, sharks and sea turtles.

The attraction, which took three years to build, is on Hengqin Island, near Macau, and features eight themed zones, each representing a part of the ocean, as well as rides, hotels, a 5D cinema and a circus.

It’s part of Chimelong Hengqin Bay Hotel, which with 1,888 rooms, is the largest ecologically-themed hotel in China. 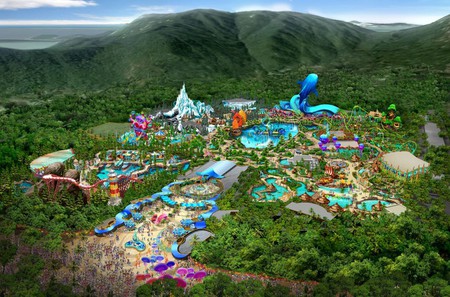 A 1000-metre Grand Canal connects the hotel to the Ocean Kingdom and guests can take water taxis which run in between.

Among its eight aquatic-themed zones, Dolphin Cove enables visitors to get up close to a variety of dolphin species, including bottle nose dolphins, spotted dolphins and even the rare Chinese white dolphins. 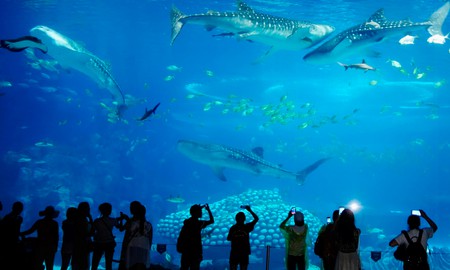 The tank also features the largest underwater viewing dome, which has an external diameter of 39ft, where visitors can wander as they watch the sea creatures swimming above them.

The park officially opened in March 2014 and continues to welcome around 7.5 million visitors a year. It’s located on China’s Hengqin island which is next door to Macau and is being developed as a cross between America’s Orlando and Las Vegas.