The World Of Extreme Happiness: A Story Of China's Urban Migrants 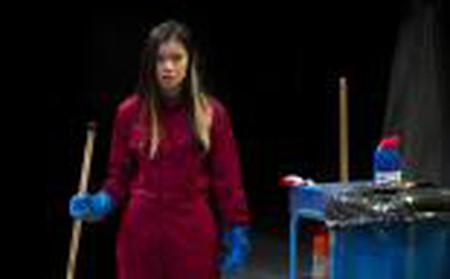 Premiered in September 2013 at London’s theatre venue The Shed at the National Theatre, The World of Extreme Happiness by Frances Ya-Chu Cowhig offers a perceptive look at the challenges facing contemporary China, from rural migration to its burgeoning cities to the status of women in a society characterized by the lofty ambitions and soaring dreams of its newly urbanized residents.

From the opening scene, in which the newborn Sunny fights to stay alive in a bucket of pig slop meant to kill her (a girl is a thing, not a human, says her father Li Han), The World of Extreme Happiness reflects on the human struggle to improve and work towards a better life. 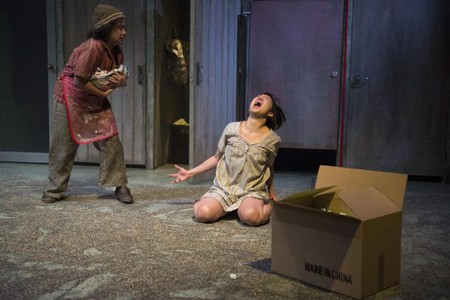 From the start, the story seems set to follow a rags-to-riches trajectory as Sunny (Katie Leung), the beaten down, second-class Li daughter, leaves her pigeon-obsessed father (Daniel York) and dreamy brother (Chris Lew Kum Hoi) to join the ranks of millions of other peasants who leave their villages to migrate to industrial cities along the Pearl River Delta on the southeast China coast. Here, in the seething city, Sunny lands a job as a janitor and meets an ebullient female migrant worker (Vera Chok) who takes her to a self-help evening class with pseudo-religious overtones. You are entitled to a better life, Mr. Destiny (Junix Inocian) preaches, so grab hold of your destiny, and change it. 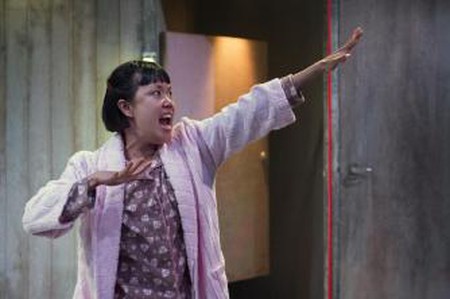 Indeed, transformation underpins the narrative, as rural workers are transformed into city people, Chinese society transformed from traditional Confucian hierarchies and values to a capitalistic and materialistic society, and China transformed into a global economic and political powerhouse on the backs of workers’ labour. ‘Change your destiny’ is, it seems, the mantra of the moment.

Rich and poor are, at least, equal in their aspirations for a better life. The rich want power, and more money, and so do the poor. If attaining their dreams means turning a blind eye to reality, then so be it. The irony is that in spite of the title, no-one is happy and happiness seems ever more unattainable.

Is the solution to be better educated, to learn English and develop new skills, to fight for migrant workers’ rights, to remain in the village, to close one’s eyes from seeing the changes taking place? Or is it, as one character says, to ‘keep your aspirations low, and your expectations lower’? 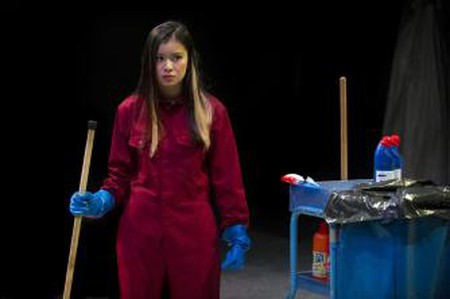 Rather than attempting to answer such unanswerable questions, The World of Extreme Happiness by Frances Ya-Chu Cowhig presents them to the audience by giving voice to the individuals undergirding an emergent China, who are often overlooked in the prevailing narrative of China’s burgeoning economy and its increasing regional and global power. Rather, through the play’s characters, Ms. Cowhig seeks to give us a glimpse into the Chinese migrant workers’ mentality as they partake in their country’s global transformation. The backdrop for World of Extreme Happiness is the largest migration in human history as 135 to 150 million Chinese move from their rural villages into the city, contributing to the explosive growth in China’s urban population.

The necessary historical context for The World of Extreme Happiness is the rapid transformation of China since the 1980s from socialism to a capitalist global economy.China’s consumerist trend reflects the trickle-down twin effects of China’s globalization and the legacy of the Cultural Revolution. Confucian moral philosophy which once governed familial and social relationships was broken under the intense pressure of the Revolution, leaving a gaping moral hole that has, in many cases, now been filled by money and power. 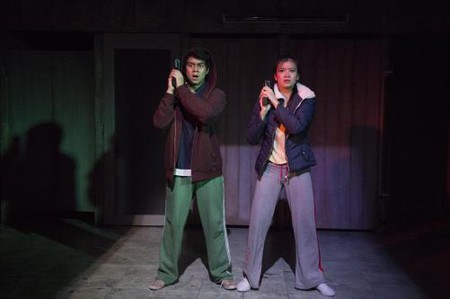 The pursuit of money and power, however, has its costs; these are played out on the micro level between parents and children, siblings, within rural communities and among migrant-worker relationships. Ms Cowhig’s play gives voice to the hopes, dreams and aspirations of China’s migrant workers. These themes are explored through the characters in The World of Extreme Happiness as its cast of six brilliantly and seamlessly assume the roles of thirteen different multidimensional characters that represent the hopes, aspirations and challenges of contemporary China.

Watch the trailer for ‘The World of Extreme Happiness’ here: