The Must-Visit Museums of Tianjin 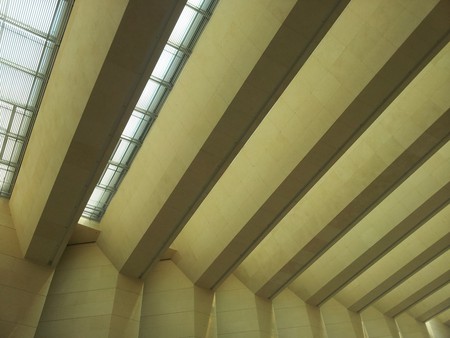 There are a few cities in China which simultaneously exude colonial influence and ancient Chinese culture but arguably, Tianjin does it best. With more than 70 museums, the major ones are practically next door to each other. Admission is usually free of charge, but remember to bring your ID. Here are the best museums in Tianjin to admire the city’s heritage.

Tianhou Palace is often the first museum visitors encounter in Tianjin. Located at the end of the crowded Ancient Culture Street, the palace was traditionally a temple of worship for the Chinese sea goddess, Mazu. Built in 1326, it is now both a Taoist temple and a museum. Although there is no admission charge, the etiquette is to make a donation. This is a mark of respect to the mythical protector of mariners, fisherman and soldiers, who both risked and gave their lives to the seas surrounding Tianjin. Upon exiting the palace, visitors are invited to ring the fortune bell. Again, it’s customary to offer a monetary donation, or alternatively a prayer. 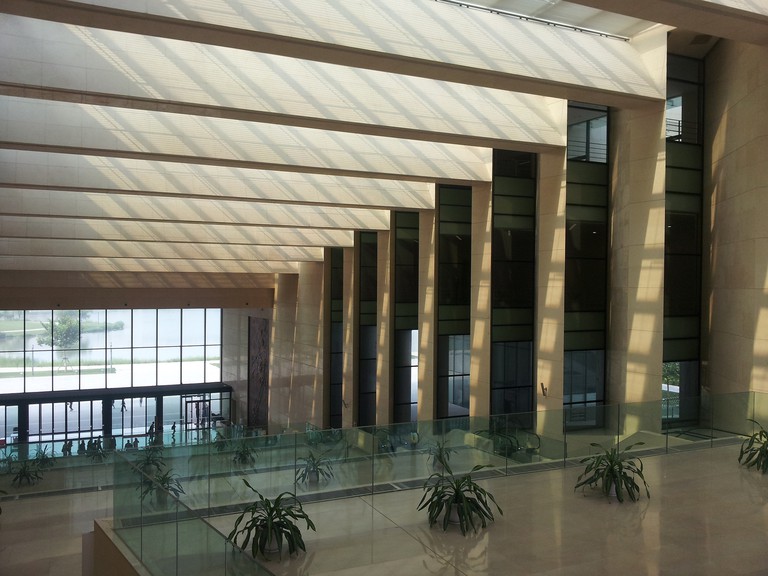 Tianjin Museum | © Kilian Evang /Flickr
A must for history lovers of all ages, Tianjin Museum is at the epicenter of 100 years of regional history. There are well-translated English descriptions – if you’ve been to other national museums, you will greatly appreciate this – so you can learn about every era that transformed Tianjin into the cross-cultural wonder it is today. From the earliest primitive ages to the last dynasty of China, the Opium Wars to the spread of Roman Catholicism and the Boxer Rebellion which sought to undo it, this museum has all the artifacts and recreations needed to gain a thorough understanding of the forces that shaped Tianjin.
Open In Google Maps
62号 Ping Jiang Dao, Hexi Qu Tianjin Shi, China
+862283883000
Visit Website
Give us feedback

The Tianjin Science and Technology Museum

Museum
Facebook
Email
Twitter
Pinterest
Copy link
Share
Map View
Not just for kids, the Science and Technology Museum is packed with hands-on activities and workshops that are meticulously maintained by staff. With themed floors, technology & math are on the first level and the upper floor is dedicated to sciences. Highlights are the tipsy house (imagine attempting to walk through a small room while inebriated) and the mirror maze. In between exhibits, have a giggle at the animated short films which attempt to explain the science behind female and male puberty. If you’re feeling nostalgic, have kids of your own, or just love science – this museum is for you.
Open In Google Maps
94 Long Chang Lu, Hexi Qu Tianjin Shi, China
+862228320315
Visit Website
Give us feedback

From the outside, the flawless design of the Natural History Museum looks like many of the other structures in Tianjin, European architecture with a modern twist. The museum houses its own version of Jurassic Park (ironically donated by a wealthy American) with a robotic dinosaur exhibit alongside the prehistoric fossils and artefacts on display. You’ll also find just about every animal under the sun in its taxidermy form, along with plentiful exhibits walking you through the history of the earth from an evolutionary perspective. Be aware that captions are primarily in Chinese with occasional ‘Chinglish’ translations.

Museum
Facebook
Email
Twitter
Pinterest
Copy link
Share
Map View
Better suited to mature spectators, the Art Museum is a relatively new gem for Tianjin. See some of China’s finest artwork collections, including art linked to the poems of Mao Zedong and works from the Cultural Revolution, plus China’s famous oil paintings of birds with scenic mountains or lakes. The second floor showcases culturally-indigenous artwork, metalwork and ceramics. Every exhibit is displayed with a well-written English caption and the museum also has English speaking staff. Be sure to check out the “Blue and White” exhibition on the fifth floor, which includes some of the world’s finest porcelain from the Ming and Qing dynasties, gifted to the museum by local Tianjin families. The beauty of Chinese art flows through this museum from the inside out.
Open In Google Maps
12 Cheng De Dao, Heping Qu Tianjin Shi, China
+862223122767
Give us feedback

Museum
Facebook
Email
Twitter
Pinterest
Copy link
Share
Map View
Familiar to very few locals and even less so to foreigners, Old Town Museum of Tianjin is off the beaten path. The historical courtyard residence located in east Gulou has red-painted doors and echoing chambers. It remains a well preserved antique museum, home to various historical records detailing the development of the old city area of Tianjin. Inside, it feels like a set for a classic historical film, which may be due to this hutong once belonging to local celebrities.
Open In Google Maps
202号 Gu Lou Dong Jie, Gu Lou Shang Ye Qu, Nankai Qu Tianjin Shi, China
+862227283899
Give us feedback

Museum
Facebook
Email
Twitter
Pinterest
Copy link
Share
Map View
Step inside this rustic theater to watch a piece of Tianjin culture come to life. Unlike the other museums on this list, this highlight here is not an exhibition, but a stage. Before the show, check out the abundance of photographs and information on display about the Chinese arts. Opened to the public in 1986, the performance hall can fit between 400 to 600 people inside and remains the only theatre dedicated solely to Chinese opera. Sun Yat-sen, the first president of the Republic of China, gave a speech here in 1912.
Open In Google Maps
Gu Lou Nan Jie, Gu Lou Shang Ye Qu, Nankai Qu Tianjin Shi, China
+862227356475
Give us feedback

The Original Site of Astor Hotel

This is Tianjin’s most authentic representation of its Western-infused past. The Astor’s small museum not only tells the story of the hotel but also of pre-modern Tianjin, which was one of the few cities in China initially open to foreigners. You almost feel as though you’ve stepped out of China. The site is an immaculately preserved hotel from the late 1800s to early 1900s, with numerous authentic vintage items such as cars, umbrellas and photos of famous visitors still on display. The little museum is free for Astor Hotel guests and 50 RMB for visitors. Definitely worth the visit to this unique historical site.