The Loss and Revival of the Dongba Script 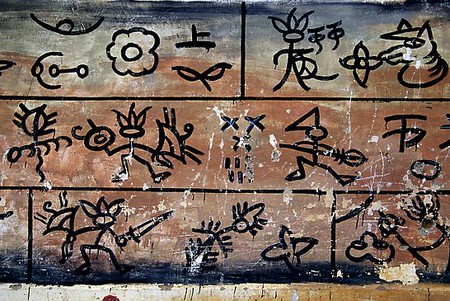 The Naxi people of Lijiang have a unique tradition: their pictographic script, used mostly for religious rituals associated with their Shamanistic religion. The Dongba script was nearly lost to the world, but has experienced a resurgence and revival in recent years.

Who are the Naxi?

The Naxi are an ethnic minority native to Lijiang in northwestern Yunnan province, and are close relatives of their neighbors the Tibetans. Said to have originated on the Tibetan plateau, the Naxi migrated southward when other tribes began to encroach upon their territory. The Naxi were the recipients of strong cultural influences from both their Han Chinese and Tibetan neighbors, in the form of Confucianism and the Bon religion respectively. And in fact, the Bon religion became the basis for the Naxi’s unique religious traditions, the Dongba and the Dongba script. Today the Naxi still live in and around Lijiang, particularly in the old town of Dayan. 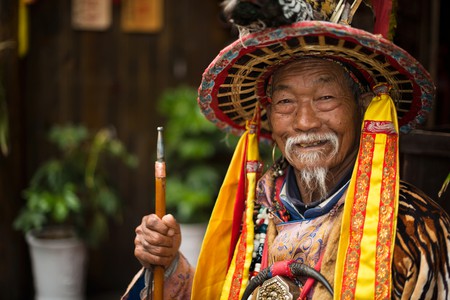 A Dongba is a Naxi shaman who is responsible for the spiritual well being of his tribe. The word “dongba” means “wise man” in the Naxi language, and a Dongba is essentially a priest who can be called upon to perform rites and rituals as necessary. Dongba are not associated with any one church or temple, but instead offer their services when and where needed.

The Dongba religion is animistic, emphasizing the connection between the human world and the natural world, and the Dongba himself the facilitator of this connection. Many rituals are believed to have come from the Bon religion, which is the native pre-Buddhist religion of Tibet, now largely incorporated into Tibetan Buddhism. 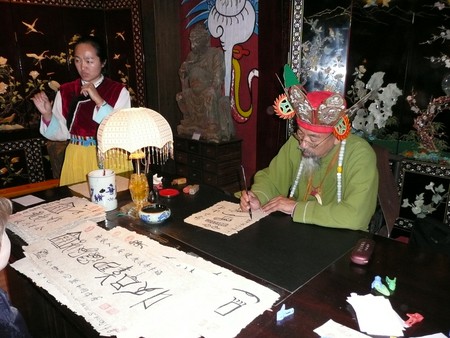 The Dongba script, which dates back to at least the 7th century, was created not as an alphabet meant for practical everyday use, but as a mnemonic device for the Dongbas, to help them remember their various prayers and incantations. The Dongba symbols therefore do not have direct connections to particular sounds, nor are their meanings absolute.

The Dongba may use one symbol to mean several things. The script consists of pictographic drawings that resemble humans, animals, plants and other natural motifs. They are stylized, usually colorful, and quite recognizable. 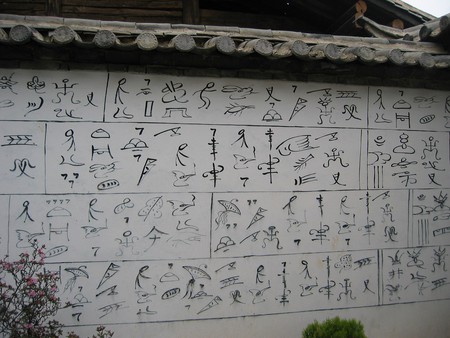 Under the Communist government the Dongba religion was not classified as an actual religion, but rather as a superstition to be suppressed, and the Dongba script was at first discouraged, and then later outright banned during the Cultural Revolution. Dongba practitioners were forced underground, and both the religion and the writing system very nearly died out. Thousands of Dongba manuscripts were destroyed, burned or turned into building material, and the surviving manuscripts were mostly those which were taken overseas to Europe and the United States.

However, as China began to emerge from the turbulent 60s and 70s, tourism in Yunnan began to gain traction with both domestic and international travelers, and the Naxi homeland of Lijiang became one of the most popular tourist destinations in China. The government soon realized that ethnic minority cultures were important in the development of the tourism industry, and that cultures like the Naxi, with their exotic shamanistic practices and pictographic writing system, could attract visitors who were interested in learning more about these people and their way of life.

Today the Dongba script can be seen on t-shirts and trinkets for sale in the many tourist shops that line the streets of Lijiang’s Dayan Old Town. Tourists can pay a fee and see some of the few remaining Dongba perform rituals, even though in day to day life, the function of the Dongba is rather limited, as modern Naxi society, like most of modern China, grows more and more secular. However, in Lijiang and the surrounding villages, Dongba are still called upon to perform the occasional exorcism or prayers for good harvests or healthy babies. Despite concerns about the commodification of minority cultures, it is almost certain that without the support of the tourist industry, the Dongba script would be all but lost today. 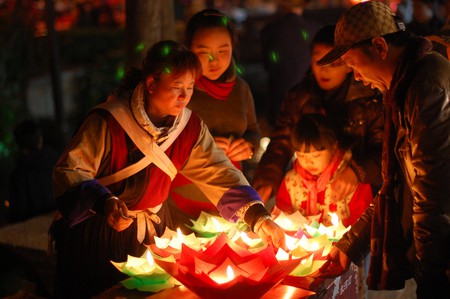