The History Behind the Cormorant Fishermen of Erhai Lake 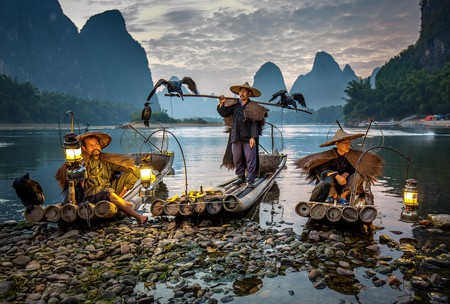 The Bai people, who have made their home in Yunnan Province’s Dali for thousands of years, hold a particular love for Erhai Lake, the mother lake that gives the Bai their sustenance. One of the great cultural treasures of the Bai people is their traditional cormorant fishing, which takes place in Erhai Lake. Discover why this dying skill was once a vital part of the Bai lifestyle.

The Bai ethnic people were once at the center of the Nanzhao Kingdom, the capital seat of which was in Dali. This was a prime location due to the defense provided by the high mountains surrounding Dali, as well as the fertile soils and pristine waters of Erhai Lake, so this kingdom flourished during the 8th and 9th centuries. Later, the Nanzhao kingdom was overthrown by a man called Duan Siping, who claimed Han heritage but was widely thought to actually be Bai.

Duan Siping founded the Dali Kingdom, which lasted as an independent kingdom separate from the rest of Han China, until the 13th century when the Mongols invaded Yunnan and incorporated the kingdom and the rest of Yunnan into their empire.

Erhai Lake has always been an important part of the Bai people’s lives, providing both protection from possible invaders, and also part of the reason why Dali was able to remain independent for such a long time. 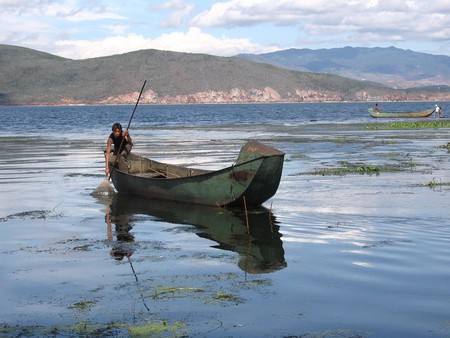 Erhai Lake is an alpine lake fed by underwater springs coming from the various mountains that surround it. The waters of Erhai Lake have, until recent years, always been nearly pristine, clear and full of fish. Recently the proliferation of lakeside guesthouses and bars, as well as poorly enforced waste disposal regulation has endangered the purity of Erhai Lake. This has upset the natural ecosystem of the lake and caused algae to grow on the surface.

In response to this, the central government of China ordered the closure of more than 1,000 lakeside businesses and vowed they will remain closed until they clean up their processes. The pollution of the lake naturally has had, and until the situation is rectified will continue to have, a negative impact upon local lifestyles, including the practice of cormorant fishing. 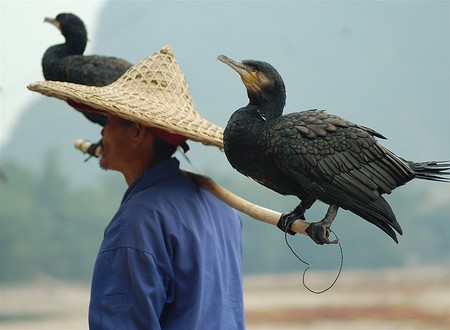 Cormorant fishing is actually practiced in many parts of China as well as in other countries, such as Japan, and even Peru. The practice of cormorant fishing dates back to at least the 9th century, and was once a viable industry. In Dali, cormorant fishing was one of the ways in which Erhai Lake provided sustenance for the Bai people.

Cormorants are birds which have the special ability to dive deep down into the water and catch fish. A skilled cormorant can dive as deep as 10 meters, and catch fish that weigh up to 15 kg. A special string is tied at the base of the cormorant’s neck, so that the bird will not swallow the large fish that it catches, although it may swallow smaller fish.

Training a cormorant takes about six months, and cormorants can live up to about 20-years-old. The costs of raising and feeding a cormorant, which is after all a very large bird, are quite high. Today, high costs as well as government restrictions on fishing in Erhai Lake (which had been experiencing overfishing in the past) have curtailed the cormorant fishing practice. 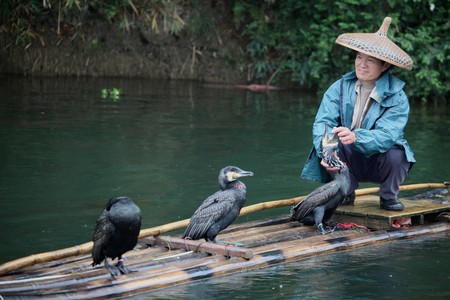 The Bai people see cormorant fishing as an important part of their cultural heritage, and an example of “living history.” Traditionally, the art of cormorant fishing was passed down from generation to generation, but now fewer and fewer young people are interested in learning this ancient skill.

However, Dali’s booming tourist industry has given new life to cormorant fishermen. Nowadays, instead of catching fish for the market, trained cormorants catch fish for tourists. In the lakeside villages surrounding Dali cormorant fishermen even put on shows for guests, who can sometimes number in the hundreds or even thousands per day in peak travel times.

As with many of China’s minority cultures and traditions, tourism has provided a way for certain rituals to survive which would otherwise be lost forever. Even if these traditions are not practised exactly in their original way or for their original purpose, at least they are still practised, and the art of cormorant fishing will, for the time being at least, not be forgotten. 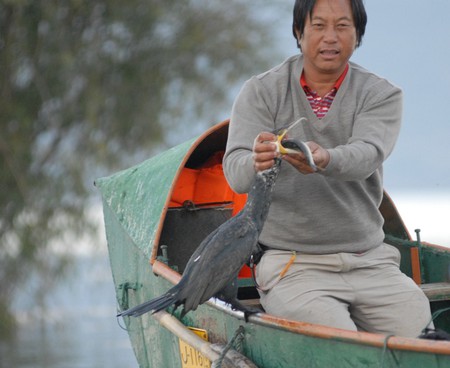