The Fate of the Furious | Courtesy of Universal Pictures

The eighth instalment of the Fast and Furious franchise has overtaken its own predecessor and become the highest grossing Hollywood film ever released in China.

The Fate of the Furious (more commonly known as Fast & Furious 8) was released internationally on April 14, and has gone on to cross the $1 billion mark around the globe. The US total is fast-approaching $200 million and is well on target to be the highest sum for the franchise so far.

As if to underline the growing importance of the Chinese market for blockbuster franchises, in China the returns for Fast 8 are almost double those in North America. In fact, the US total is still short of the record-breaking opening weekend haul of $190 million for the film release in China.

The preposterous antics of the petrolheads from the previous films have been taken to extraordinary lengths in the latest films, and audiences have lapped it up. The ever-expanding cast and globe-trotting plots may be formulaic now, but they are also wildly popular. Two more films in the franchise have been announced with rumours persisting of a Dwayne Johnson/Jason Statham spin-off also getting off the ground. 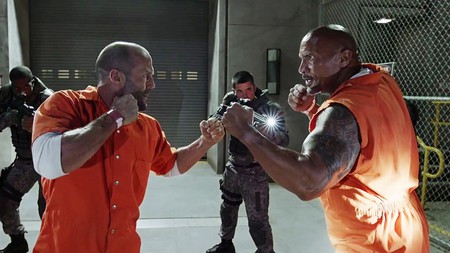 The Fate of the Furious is also streaks ahead in the box-office charts in China for the year so far, with the intriguingly-titled Kung Fu Yoga assuming position of runner-up.