The Chinese Fashion Designers To Watch in 2019 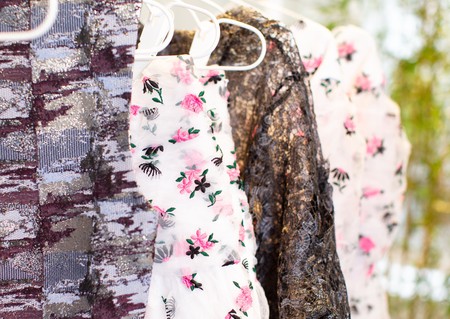 Susie Lau’s new project brings 10 of China’s most exciting new designers to the UK in a bid to prove their global appeal.

When Susie Lau launched her website, stylebubble.com, in 2006, she was one of the first to establish blogging as a career path. Her savvy approach to content, ability to discover new talent and impeccable timing soon made her one of the most in-demand industry personalities. Her CV now boasts two years as fashion director at Dazed & Confused and contributor at The Guardian, Vogue.com and ELLE UK.

As well as the ‘big four’ Fashion Weeks – London, New York, Paris and Milan – Lau visits under-the-radar alternatives in a bid to discover new talent. Her Chinese heritage naturally led her to explore Shanghai’s fashion scene, which she says has opened her eyes to the potential of China’s young creatives. Now, she wants to see them thrive in the UK. 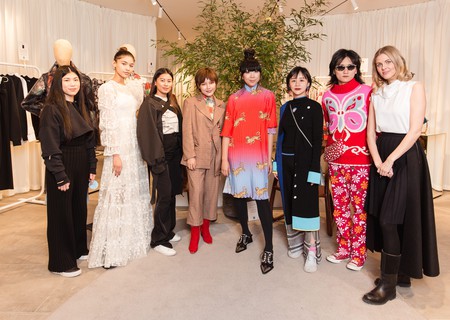 “Aesthetic has changed dramatically over the past few years, and there’s a real sense of idiosyncratic identity to what China’s young designers do,” she says. “Chinese fashion isn’t necessarily about representing culture. I wanted to communicate that it’s wide-ranging, deep, nuanced and that it spans all tastes and genres.”

Among her favourite discoveries is Zen Chen, who launched knitwear label i-am-chen in 2017. Her innovative collections take a contemporary approach to a traditional style. “I want to redefine knitwear by focusing on technology as well as aesthetic,” she says. “I consider myself a technician rather than a fashion designer. I make pieces that don’t look knitted at all.” 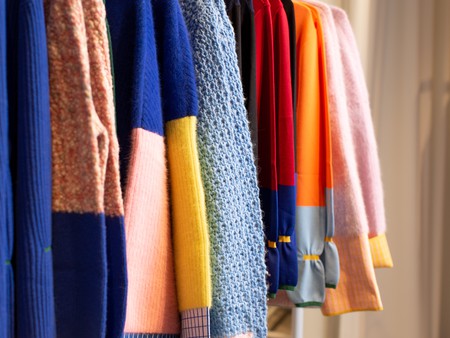 Chen makes up part of Lau’s 2019 passion project, a curated pop-up space at luxury fashion outlet Bicester Village, which features 10 of her favourite young Chinese designers. For some, it’s their debut in a UK fashion retailer.

“Chinese fashion is vastly more prominent than it has been in the past, and I think the West’s traditional focus on ‘home-grown’ talent is changing,” says Lau. “More and more Chinese students are graduating from globally renowned fashion schools and going on to show [at Fashion Weeks] in the four major fashion capitals.”

Among them is Hong Kong-born Ryan Lo, who trained at the London College of Fashion and was part of the British Fashion Council’s prestigious NEWGEN sponsorship scheme in 2014. He now shows at London Fashion Week each season with collections that are feminine, eccentric and fantastical. 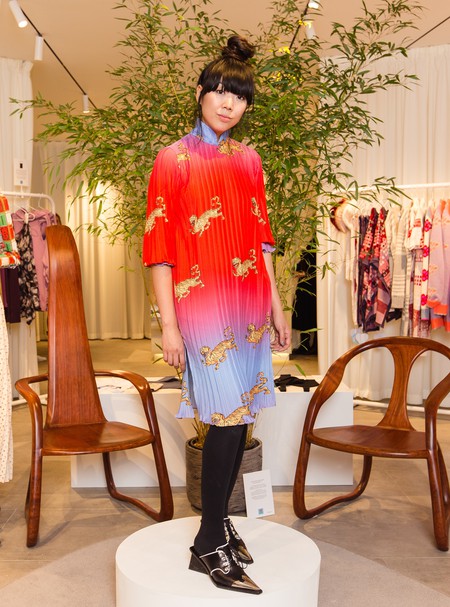 Beijing-born Yang Li brings yet another look to the mix. His dark, sharp tailoring contrasts with the vibrant colours used by i-am-chen and the oversized silhouettes favoured by Lo. His impeccably crafted collections now feature on the hard-to-break Paris Fashion Week schedule.

Diverse, eclectic and varied, Lau’s selection shows that Chinese fashion is about more than the representation of its heritage. Each designer featured feels like a natural fit for Bicester Village. “I could have gone on and picked out 10 or 20 more, and that’s the really exciting thing about it,” she says. “There’s a real hunger to discover something new, and that’s what I’ve tried to present.”