The Best Places to Watch a Film in Beijing

The Best Places to Watch a Film in Beijing

Cinema | © Steve Snodgrass/Flickr
Even though you can watch pretty much everything, from new blockbusters to old classics at home now, thanks to the plethora of DVD rental services and streaming websites, all cinephiles know that it’s no comparison to proper movie theaters. Here we’ve selected the cinemas with the best movie repertoire, top-quality screens and Dolby sound systems in Beijing for you. Take a seat and enjoy the film.

One of the emerging art houses in China in recent years, the China Film Archive screens Chinese and international classics on a daily basis. The tickets are priced from 10 to 60 yuan (1.5 to 9 USD), and can be bought either online or at the ticket booth inside. It is a tranquil place for movie-buffs to watch a film in peace. The cinema listings are published at the beginning of every month on the Archive’s official website, with the foreign film’s original name marked behind its Chinese translation as well.

Cinema, Library
The Beijing branch of the Hong Kong based Broadway Cinematheque is supposedly the first art-house cinema in China. Other than the regular screening of newly released movies and classics, it is also devoted to movie education, opening its film library to the public with over 40 types of film magazines from around the world, original English film books and a collection of DVDs and soundtracks for its members to borrow for free. It also hosts events for filmmakers from time to time.
More Info
Open In Google Maps
1 Xiangheyuan Road, Dongcheng Qu Beijing Shi, China
+8610843882588008
Visit website
Give us feedback

Located in the 798 Art Zone, the UCCA is one of the precursors of contemporary art galleries in China. It is also one of the most prestigious art-house cinemas in Beijing (other than the two cinemas listed above). While the China Film Archive focuses more on classic films and the Broadway Cinematheque favors independent films from other countries, the UCCA is more devoted to independent films made in China. You’ll also find film lectures and events in its programme. 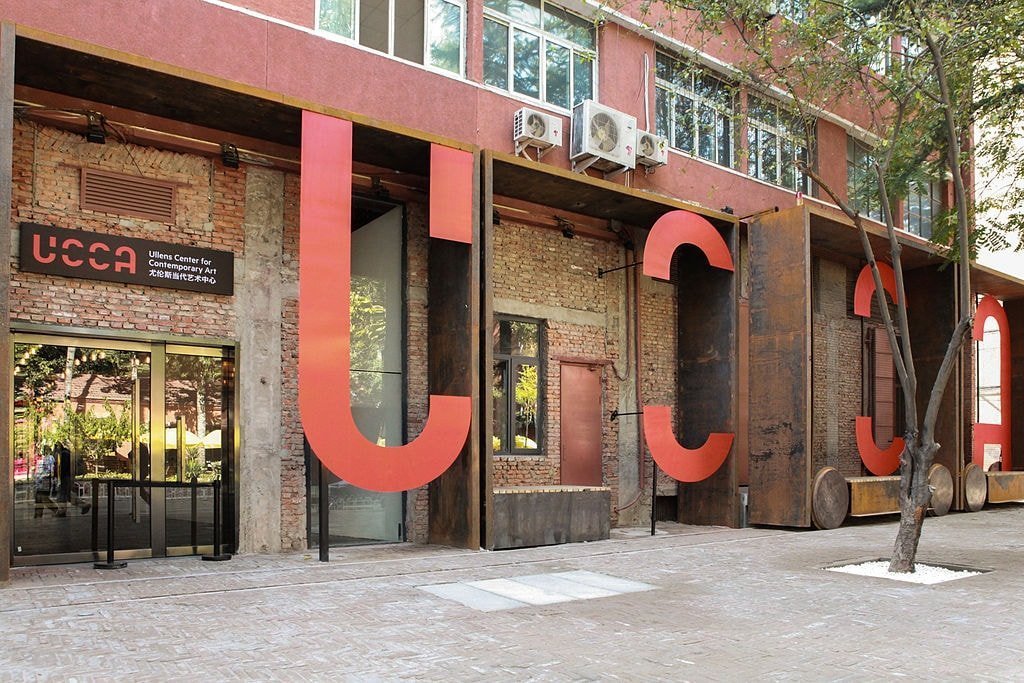 Touristy, Indoors
Give us feedback

Cinema, Movie Theater
This is the cinema for vintage lovers. Growing out of the Xinxin Theater founded by Peking Opera singer Ma Lianliang, the Capital Cinema was turned state-owned in 1950 and was given its name by China’s first Premier Zhou Enlai. Since the Cultural Revolution in the 1960s, China has held international film weeks and the Capital Cinema was the very first venue to host the film festival in China. The original Capital Cinema was relocated to Xidan in 2008, and so far it has four cinemas in Beijing and one in Tianjin.
More Info
Open In Google Maps
Xi Dan, Xicheng Qu Beijing Shi, China
+861066161701
Visit website
Give us feedback

Cinema, Movie Theater
The Huaxing branch of the Beijing UME Cineplex is no different from other commercial cinemas like Jinyi Cinemas or Wanda Film now, but in 2009, the year when Avatar was screened, it was the first cinema in Beijing that installed IMAX system. At the time, the line that wait to buy an Avatar ticket at UME Huaxing was so long that it even extended to the street. The IMAX screen retired in the cinema’s system update in 2015, but UME remains a cinema that continues to provide the best viewing experience.
More Info
Open In Google Maps
44 双榆树科学院南路, Bei Xia Guan, Haidian Qu Beijing Shi, China
+861082115566
Visit website
Give us feedback

Cinema, Theater
In 2016, film director Ang Lee made history with his Billy Lynn’s Long Halftime Walk, which was the first ever film shot at 120fps in 4K and 3D. The tech was so advanced that only five cinemas across the globe can screen accordingly, and Bona U-Town International Cinema is proud to be one in five. In case you’re interested, the other four are in Shanghai, Taipei, New York and Los Angeles.
More Info
Open In Google Maps
三丰北里2号楼悠唐生活广场B1层 Chaowai South Street, Chaoyang Qu Beijing Shi, China
+861059775660
Visit website
Give us feedback

Bar, Chinese
If you are a true cinephile, you’re bound to fall in love with this place. Here, not only is the bar named after the classic film gauge but you’ll find drinks named after movies too, not to mention the interior décor and accessories, which are of course all film posters and movie-making props. Movie-screening is definitely an inevitable element of the 16mm Bar. It is also said that the glass ceiling provides a romantic vibe when it’s raining outside, so this could be a great place to take a date.
More Info
Open In Google Maps
57 South Luogu Lane, Dongcheng Qu Beijing Shi, China
+861064063863
Give us feedback
Give us feedback