The Best Day Trips From Guilin 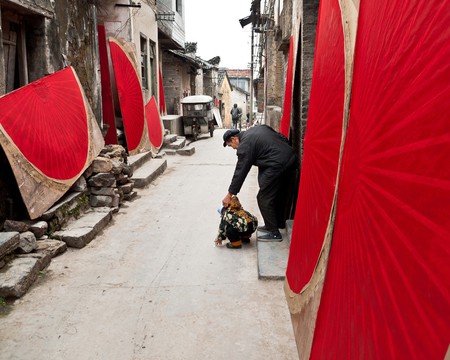 Guilin is a gorgeous city on the banks of the Li River that has so much to offer, but there is also plenty to experience in the towns nearby, from the Karst Mountains and scenic hikes to to hot springs and great food. Here’s a list of quick jaunts that’ll have you back in Guilin in time for the night markets.

Unless you’re a marathon runner, a day in Longsheng doesn’t afford the time to go on long hikes, but it is plenty of time to do smaller loops or to take the cable car in Jinkeng for panoramic views of the terraced rice fields. While there, sample some rice wine; chat with the locals, and learn about their culture and customs (in the ethnic group that calls Longsheng home, the women cut their hair just once in their lifetimes), and soak in the hot springs. 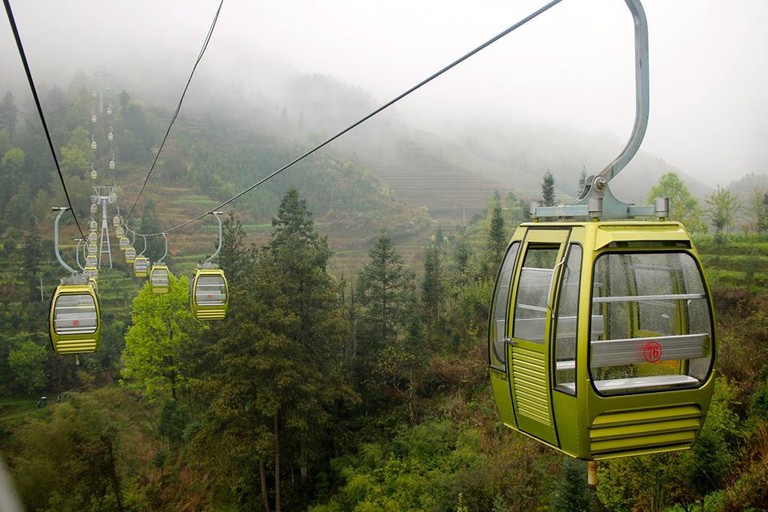 Yangshuo is about two hours from Guilin and has become increasingly popular recently. Not only is it immeasurably beautiful, it offers something for everybody. From hiking trails to boating to shopping and more, there’s plenty to keep you coming back. The city is also popular with expats, so it’s easy to find restaurants slinging pizzas, hamburgers and coffee. 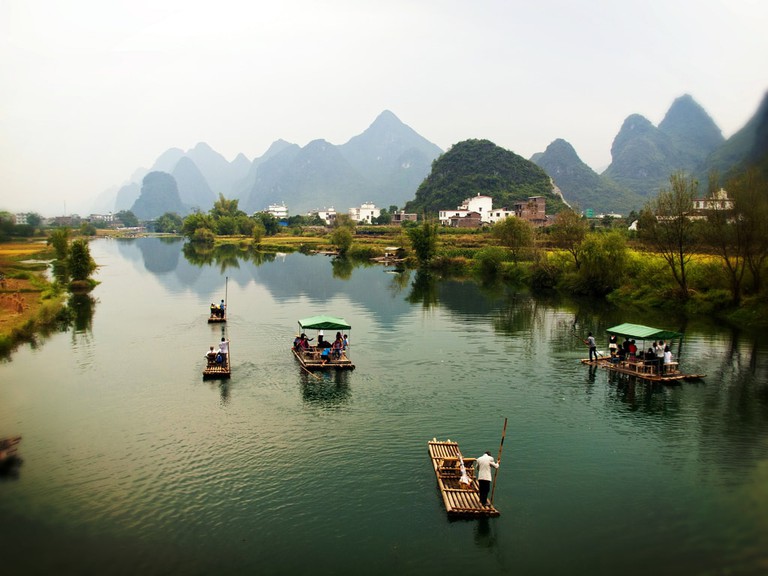 Just south of Yangshuo, this village boasts shophouses, an old town gate, a temple, and a couple good swimming spots in the Lijiang. Perhaps the best part of going to Liugong is the drive, though. You’ll pass rice paddies, farmers working with water buffalos in their fields, livestock roaming on the dirt roads and—because this is the Guangxi province—more Karst Mountains. 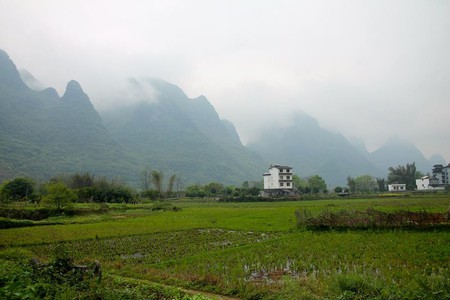 On the road to Liugong / Bailey Berg

This 800-year-old city is known for the numerous artists who inhabit it. Many of the typical painted fans, scrolls and wall hangings available for purchase at markets in the area were crafted in artist workshops found here.

Once backpackers tire of the tourist touts of Yangshuo, this little village will be the next big thing. Rent bicycles at a local hostel, and explore this relatively flat town. Tackle the challenging climb to Bird’s View Pavilion for sweeping vistas, and see the exact landscape on the ¥20 note just outside. 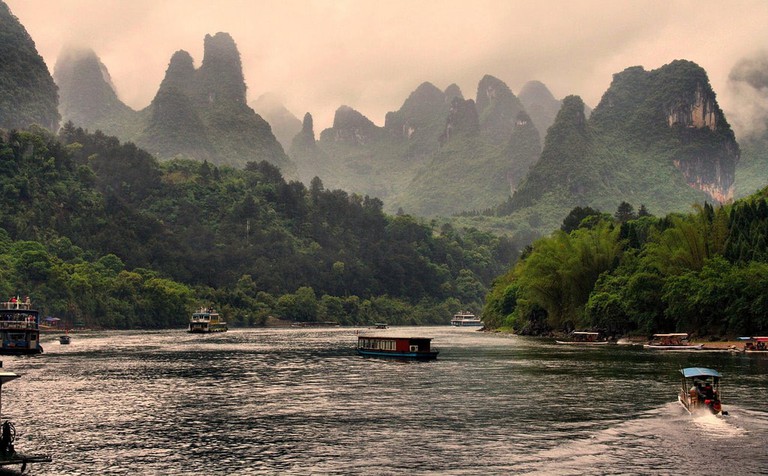 In the ancient town of Daxu, you’re likely to be the first foreigner the locals have seen in a while. Once a leading trade and commercial hub during the Ming Dynasty, Daxu today is a sleepy village with historical buildings, oodles of antiquities and bluestone pavement streets. Check out the Longevity Bridge, a stone arch built during the Ming Dynasty; the 13 surviving docks from the long-ago trading era; and the Seven Stars Tombs, a collection of burial sites arranged to match the Big Dipper constellation. 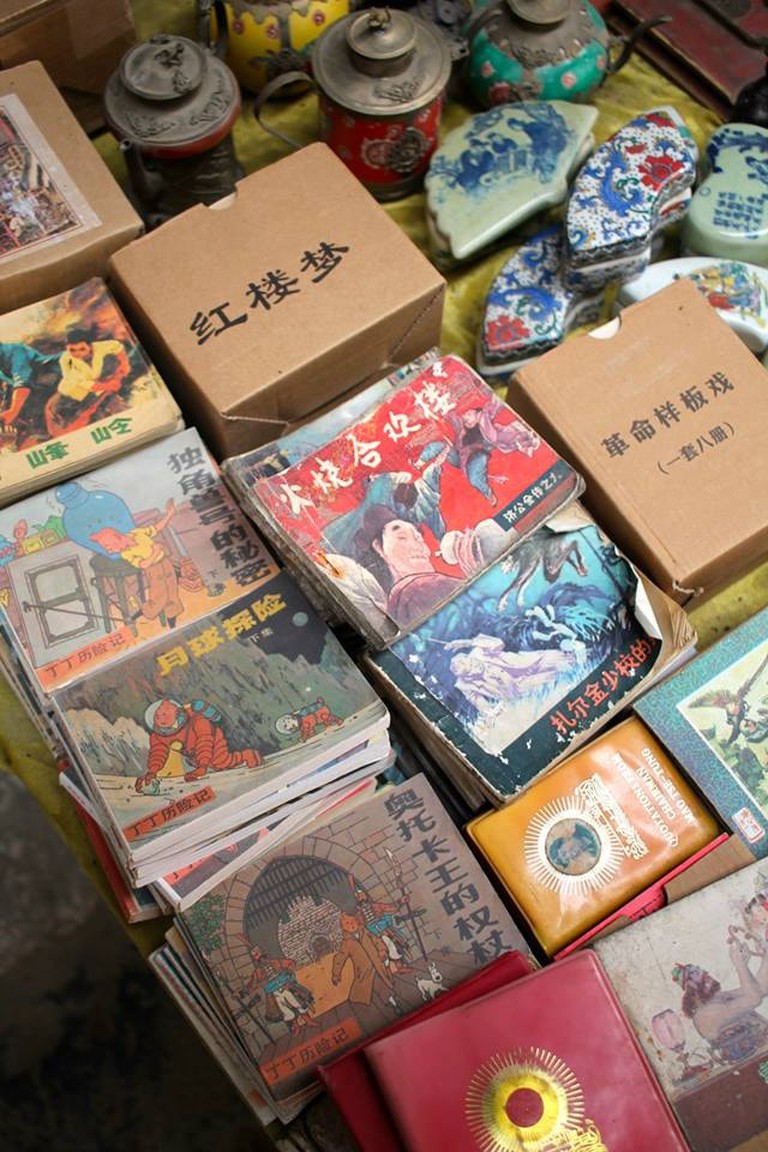 Antiques for sale at a market in Daxu | © Bailey Berg