The Chinese Fashion Designers You Should Know 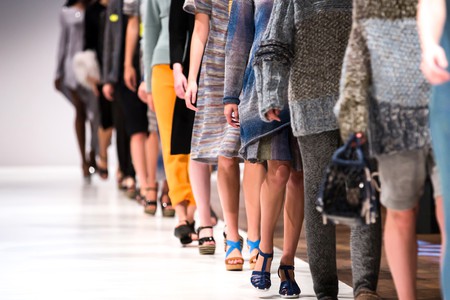 The label ‘Made in China‘ has long held unfortunate associations with mass-produced and low-quality products and clothing. However, China’s innovative, young designers are aiming to change this perception. Although Chinese shoppers are traditionally known for focusing on Western brands, a new generation of talented designers is gradually gaining attention not only at home, but in the international fashion scene. Let’s take a closer look at ten Chinese fashion designers you should know.

Yiqing Yin first presented her collection at the Hyères International Festival in 2010 and launched her label the following year. Born in China and raised in Paris, her label is carried in stores like 10 Corso Como in Milan and Joyce in China and Hong Kong. Ying is a guest member of the Chambre Syndicale de la Haute Couture (the French Federation of Haute Couture and Ready-to-Wear), which means she’s allowed to show her collections during Paris Couture Week. She was named the Creative Director of French brand Léonard in 2014. Her pieces are known for their feminine cuts and shapes, which are designed to reinforce women’s silhouettes subtly, almost like a second skin. 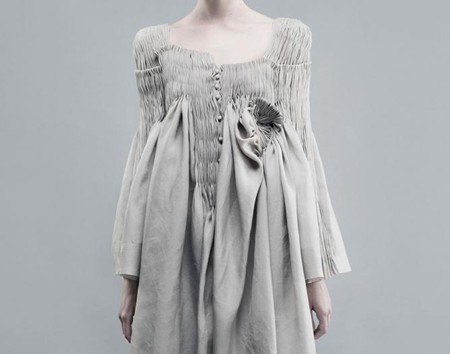 Before launching her brand in London in 2005, Uma Wang studied fashion design at Central Saint Martin’s in London and worked as an in-house designer for a number of Chinese labels. Wang’s designs often mix-and-match different fabrics and textures, with hand-knitted dresses and cardigans among her signature pieces. She has been named one of Vogue Italia’s up-and-coming designers to watch, and her collections have been shown in London, Paris, and Milan. Wang’s designs are stocked in boutiques across Europe, as well as Shanghai.

Winner of the Woolmark Award in China in 2012, Ban Xiao Xue launched his own label the same year. Xue studied at the Tianjin Academy of Fine Arts, and served as the principal designer for the Chinese womenswear brand Exception from 2007 to 2012. His collection, which has been showcased at Shanghai Fashion Week, is inspired by nature. He aims to recreate the structures, textures, and colors of the natural world with his contemporary designs.

Christine Lau is the designer behind Chictopia, one of China’s most popular homegrown fashion labels. Born in Beijing and raised in Hong Kong, Lau studied textile design at Central Saint Martin’s before reinventing herself as a designer. Founded in 2009, Chictopia is known for its whimsical prints and retro inspiration, with pieces that are quirky, yet classically feminine. Her fans include numerous Asian celebrities, such as Baihe Bai, Fan Bingbing, and Joe Chen. Lau’s brand is carried by Lane Crawford in China, and in 2014 Lau began collaborating with TUMI on a line of travel accessories. 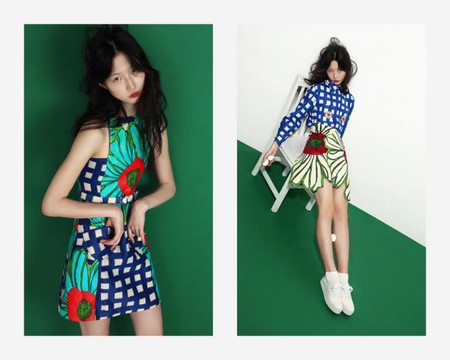 Masha Ma is known for her feminine designs, which incorporate industrial and futuristic influences. Born in Beijing, the designer received an MA in womenswear from Central Saint Martin’s in London and launched her eponymous label in 2008. Ma presents her collections at Paris Fashion Week, splitting her time between Paris and Shanghai. In 2013, she was selected for the CDFA/Vogue Fashion Fund China Exchange Program and spent two weeks in New York learning about the American fashion industry. Some of her known fans include Lady Gaga and Naomi Campbell.

Born in Hong Kong and educated in London, Ryan Lo is known for his bold, youthful designs. Lo taught himself to knit using YouTube tutorials, and his designs exude a playful, DIY element. Sponsored by TopShop’s Newgen, the designer draws inspiration from pop culture and the concept of girlishness. Despite their distinct whimsy, his collections are also modern and sophisticated. His pieces are elaborate and feminine, incorporating everything from ruffles and chiffon to sequins and embroidery.

Born in Beijing and raised in Perth, Australia, Yang Li dropped out of Central Saint Martin’s in London to work for Raf Simons. Li launched his label in 2011, which includes men’s and women’s clothing as well as shoes. Now based in Paris, Li’s collections are stocked by shops ranging from L’Eclaireur to Dover Street Market. His designs are modern and subversive, often incorporating edgy punk-inspired details like side slits and tab closures. 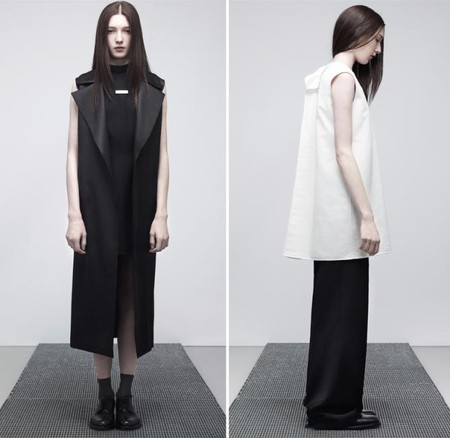 Since Huishan Zhang launched his label in 2010, his pieces have been archived by the Victoria & Albert Museum in addition to being stocked at Browns in the UK and Barney’s in the United States. Born in Qingdao, China, Zhang spent time in Paris and New Zealand before moving to London to study at Central Saint Martin’s. While still in school, he was chosen to work at the Dior haute couture atelier, and he later went on to earn the Dorchester Collective Fashion Prize in 2013. His designs are influenced by his connection to both the East and the West, blending his Chinese heritage with contemporary styles.

Born in Taicang, China, Qiu Hao launched his first ready-to-wear-line in 2001, a line that continues to sell in nine department stores around China. He opened ONEBYONE Boutique in Shanghai with his partner QiaoQiao in 2004, before enrolling in the MA in Fashion Womenswear program at Central Saint Martin’s in London. After graduating, Hao returned to Shanghai to launch his eponymous label. His 2008 collection was presented at the Palais de Tokyo during Couture Fashion Week 2008 and was awarded the Woolmark Prize. His collections often incorporate sharp tailoring, strong silhouettes, and unexpected fabrics.

Liu Min, typically known as Ms Min, graduated with a BA in Womenswear from the London College of Fashion in 2007. She worked in the design department at Viktor & Rolf and as an Assistant Designer for Ports before launching her own line in 2010. In contrast to many other Chinese fashion designers who base themselves in Europe, Ms. Min works out of the city of Xiamen. Her brand is carried by the Chinese department store Lane Crawford and her collections have been shown at London Fashion Week. Her pieces are romantic and contemporary, designed for women who are polished, yet bold.