Cultural Tea Traditions Around The World 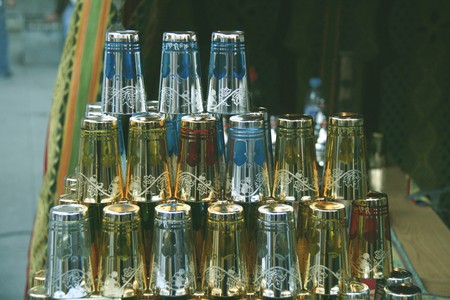 Indigenous to the mountainous region of Yunnan in Southwestern China, the Camellia sinensis tea bush has more than a thousand subvarieties, each producing a distinct flavor. Tea – ffirst enjoyed as early as 2,000 BC – is lauded for its health benefits and calming properties, and is now cultivated in all corners of the world. Discover the history and traditions of tea drinking in some of the countries where it is most popular.

According to Chinese legend, it was Emperor Shen Nong who first discovered tea some 5,000 years ago. As the emperor was boiling water, a few dried leaves from a tree fell into his pot, and the emperor developed a liking for the beverage’s vitality and flavor. However, tea was likely utilised as a medicinal remedy long below this, mixed with various herbs to produce a pharmacological concoction. The influence of religion and the unification of China managed to popularise tea around the country, first among the upper class and then among the masses, with the advent of tea houses occurring during the Ming Dynasty. With each changing dynasty, the preparation and use of tea evolved, from solid cakes of compressed tea to loose-leaf beverages. Today, tea in China is an integral part of everyday life; the most popular type of tea is green, followed by oolong and pu-erh (fermented tea). Black tea was never very popular among the people of China, having been reserved only for foreign export in the past. The practice of serving tea is ritualised in the gong fu tea service, a tradition that has continued to thrive in modern times. 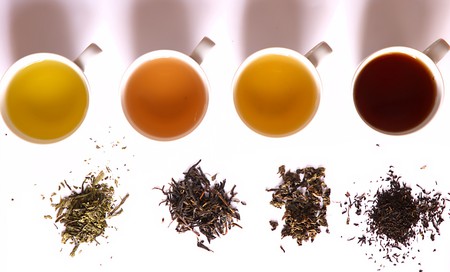 Tea was introduced to Japan during the 12th century by Chinese monks and Zen Buddhists, teaching Japanese priests the philosophical appreciation of the simple beverage. At first, tea was reserved for the emperor’s court and high officials. It wasn’t until the 16th century, when Sen Rikyū codified Japanese tea principles, that the drink became a ubiquitous part of the culture. The Japanese regarded drinking tea as a high art, emphasising the beauty in simplicity and the appreciation of the moment, incorporating the many ideals of Zen Buddhism into the practice. There’s no better place to practise this art than in the Japanese tea ceremony called Chanoyu (translated as ‘way of tea’), in which matcha powder is used to brew a frothy, ethereal tea. 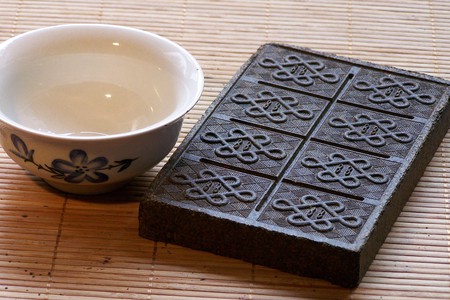 The Dutch East India Company gave Europe its first taste of tea during the 1600s, and England developed a craze for it. Trade relations with China turned sour after the Opium Wars, so England changed its main tea supplier to India. Soon the English had created their own style of tea by adding milk and sugar, after hearing the (false) rumours that this was how the Chinese drank their tea (only the Manchus ever added milk to their tea). The famous ‘afternoon tea‘ trend arrived in the 19th century, when it was common for only two meals to be served per day. The English grew hungry waiting for dinner, and became fond of having an assortment of sweets with tea and lemon in the afternoon. England is now one of the largest consumers of tea outside of China today, drinking mostly black teas like Earl Grey and English Breakfast. 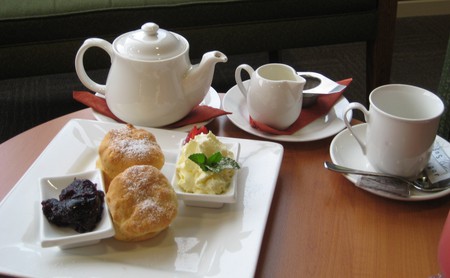 India is the second largest producer of tea in the world today, and it’s mostly due to the influence of Britain during the 1800s. Initially, Britain attempted to cultivate Chinese tea bushes in India, which proved largely unsuccessful due to differences in climate (except for the region of Darjeeling in the Himalayas). It was soon discovered that India already had its own indigenous tea bush that grew in Assam Valley in Northeastern India. Although India never developed the highly elaborate tea rituals like those of China or Japan, tea was still very much a part of everyday life. Black tea is often prepared with milk, sugar, and spices such as cardamom, fennel, and cloves (known as ‘chai tea’).

Tea trade routes along the silk road brought Chinese tea to Russia during the 17th century. These trade journeys, composed of camels and caravans, would often take over a year to complete, making tea extremely expensive and reserved solely for high society. The completion of the Siberian Railroad in 1880 changed all that, making tea widely available to the working class. Russian tea has become synonymous with the samovar, a tall urn used to boil water. On top of the samovar sits a teapot, which contains highly concentrated black tea called zavarka. When it is time to serve tea, a small amount of zavarka is poured into a tea cup and then diluted by hot water poured from a spigot in the samovar. 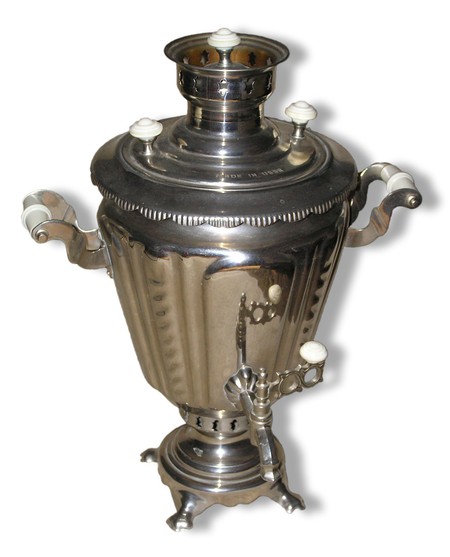 The American relationship with tea had a tumultuous beginning. As Britain’s colony during the early 1700s, America was forced to pay exorbitant taxes on British exports such as tea in order to make up for the high costs of shipping. The colonists revolted, culminating in the Boston Tea Party of 1773, when over 300 chests of tea were dumped into the Boston Harbor. Shortly after winning the Revolution, the US began to trade directly with China, and tea became the most widely consumed beverage up until World War II. Iced tea became a popular way to prepare the drink, originating at the World’s Fair during the hot summer of the 1904.

The trading routes that brought tea to Russia also introduced the drink to Arab countries such as Morocco. In Morocco, green tea is consumed with mint leaves and sugar, a refreshing beverage to consume in the hot and dry climate. Welcoming guests with a hot cup of mint tea is an important display of hospitality. Tea is often served in colorful frosted glasses, accompanied by an assortment of spiced nut and fruit pastries.