Spotlight on a Chinese Province: Sichuan 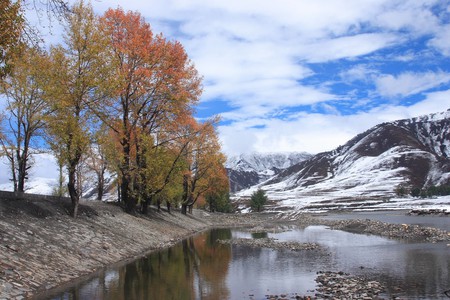 Sichuan is a major province in southwest China, famous for extremely spicy food and giant pandas. Sichuan’s name translates as “four rivers,” referring to the Jialing, Jinsha, Min and Tuo, which run through the geographically diverse province. The eastern part of the province, where Chengdu is located, is part of the Sichuan Basin. This is drastically different from the western part, which is part of the Qinghai-Tibet Plateau. It is here that you will find the province’s highest mountains. While few international tourists venture outside of the Chengdu area, the province’s best cultural and scenic offerings are elsewhere.

Chengdu is the capital and largest city in Sichuan province. As previously mentioned, it attracts the lion’s share of Sichuan’s tourists. This is due in part to the fact that the city is home to the Chengdu Research Base of Giant Panda Breeding. The research base, which is like a zoo dedicated to only one animal, is easily the biggest contributing factor to giant pandas no longer being an endangered species. In addition to its research and preservation efforts, the center also offers up close looks at giant pandas, and red pandas as well. The enclosures imitate the natural habitat of the giant panda, which is native to the area, and visitors are treated to more than the lazy, sad panda of a normal zoo. A morning visit (greatly recommended) gives you a good chance to see most, if not all, of the pandas climbing bamboo trees, rolling around in the grass and being goofballs. Visitors can also take a peak at the nursery, where the newborns and little ones sleep in incubators.

With the exception of the pandas, most of Chengdu’s other attractions aren’t actually in Chengdu. The Leshan Giant Buddha, Emeishan and Dujiangyan Irrigation System are close to the city, but not in it. You would be best to join a tour group or rent a car if you want to see them properly. 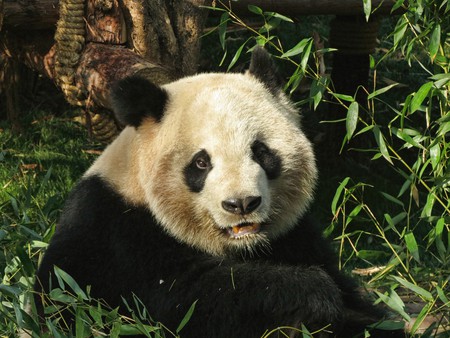 Prior to August 8, 2017, Jiuzhaigou National Park was one of Sichuan’s top destinations. Sadly, on that day, the area suffered a magnitude 7.0 earthquake, and Jiuzhaigou will remain closed to tourists for a year while the damage is cleared.

Jiuzhaigou is worth the wait, however. Known for its colorful, translucent lakes and multi-level waterfalls, Jiuzhaigou is a photographer’s paradise and looks like something from out of this world. 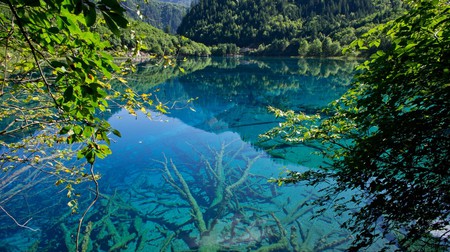 Located in the same mountain range as Jiuzhaigou, Huanglong Scenic Area is a wonderful alternative to the national park while it undergoes restoration. Huanglong is famous for its tiered calcite-deposit pools and hot springs, and lucky visitors might even get to see a giant panda in the wild or, more likely, a few golden snub-nosed monkeys. 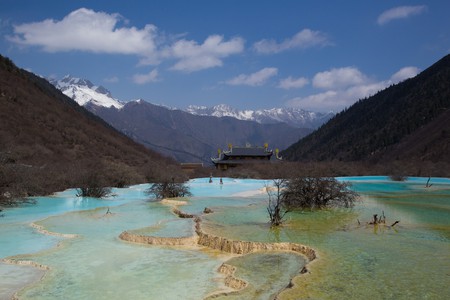 So few international tourists know about Sichuan’s Garzê Tibetan Autonomous Prefecture, which is a shame for them, but a blessing for the few who do decide to make the long trek out there. Situated at the western edge of the province, Garzê, or Ganzi as it is known in Mandarin, is a six hour drive from Chengdu and may require a special permit to visit, depending on the time of year and the mercurial mood of the government. With Tibetans making up over 77 percent of the autonomous prefecture’s population, Garzê makes Beijing nervous. During the Tibetan New Year in the spring, the government often enacts travel restrictions to the prefecture, but, even still, it is significantly easier to visit than Tibet itself. 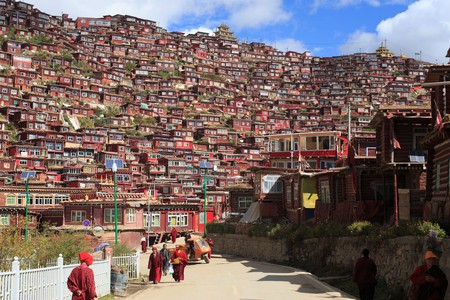 One of the Eight Culinary Traditions of China, Sichuanese cuisine is spicy, spicy, spicy, but that doesn’t stop foreigners from loving it. Famous for a flavor combination known in Chinese as mala, spicy and numbing, Sichuan cuisine uses dried chili peppers in combination with peppercorns, whose consumption induces a tingling sensation on the tongue. The cooking style also makes liberal use of spicy cooking oil. Famous dishes include Kung Pao chicken, Mapo tofu, Dandan noodles and, of course, hot pot.