Spotlight on a Chinese Province: Gansu 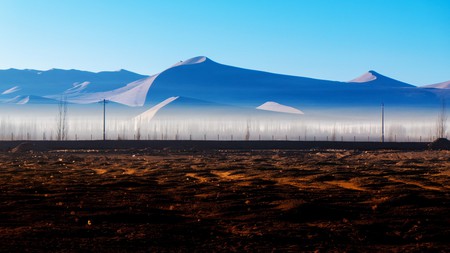 Gansu is one of China’s most rural provinces, with roughly 73% of its 30 million residents living outside of the cities, a rare phenomenon in modern China. While its capital, Lanzhou, is not a major tourist draw, highlights like the western edge of the Great Wall, the Gobi Desert, and Buddhist grottoes draw travelers from all over. However, don’t expect the kinds of crowds you would find elsewhere in China. Gansu maintains an untouched exclusivity that few places still enjoy.

Apart from once being one of China’s most polluted cities, Lanzhou’s claim to fame is its world-famous hand-pulled noodles: Lanzhou Lamian. Thanks to the city’s strategic position along the old Silk Road route, it has a strong Muslim history. Lanzhou Lamian, always halal, can now be found on nearly every block in most Chinese cities. The simple, cheap dish is fun to watch being made and even more fun to eat. Lanzhou itself has several points of interest, although the city should only be used as a jumping-off point for Gansu’s more fascinating attractions. 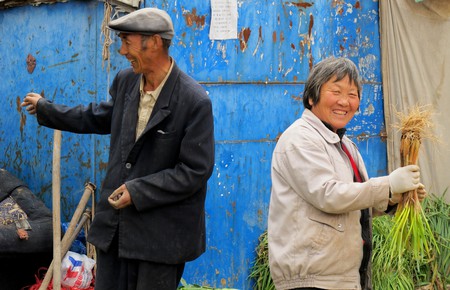 With just 200,000 residents, Dunhuang is hardly a major city by today’s standards. However, the city is located at the historic juncture of two major Silk Road routes and contains two of Gansu’s most prominent tourist attractions: Yueyaquan and the Mogao Caves. Yueyaquan, or Crescent Moon Lake, is a small oasis in the desert, and a sight unlike any other. Mogao Caves, also known as the Thousand Buddha Grottoes, are located about 25 km from Dunhuang proper and are famous for their significant Buddhist art and Christian artifacts still being discovered within. 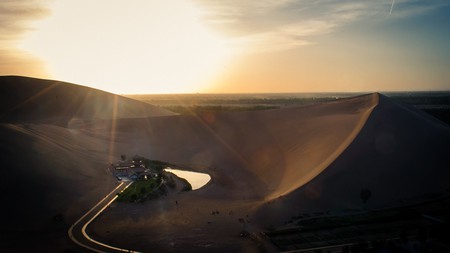 Jiayuguan Pass is the western edge of the Great Wall of China and consists of three main parts: the fort, the overhanging wall, and the first beacon. The fort is the true end of the wall and represents the westernmost point of the Ming dynasty borders. The recently renovated overhanging wall can be skipped, but the first beacon is a great place to zip-line over the nearby river. 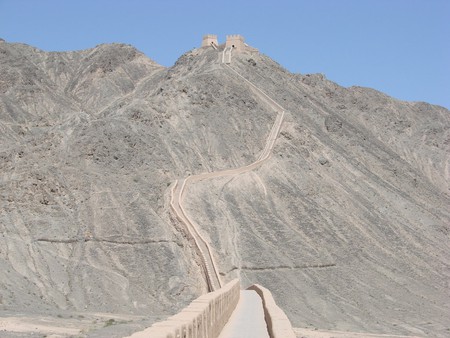 Xiahe is an ethnically Tibetan county located in Gansu’s Gannan Tibetan Autonomous Prefecture. As Tibet becomes more and more difficult for tourists to visit, and Tibetan regions in other provinces become closed to non-Chinese as well, Xiahe remains a captivating place to experience Tibetan culture. At the center of the county lies Labrang Monastery, an active Buddhist monastery, where you can lose days exploring the meandering alleys and watching the monks going about their daily worship. 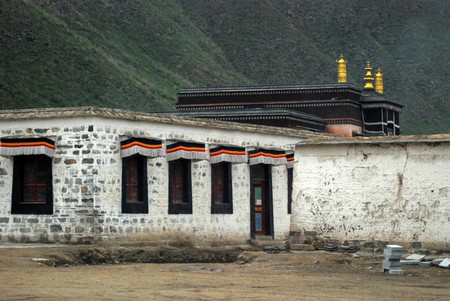 Zhangye National Geopark is one of the few places in the world where you can experience the unique geological phenomenon known in Chinese as Danxia. These multi-colored, layered rock formations are vibrant and otherworldly and deserving of a trip while you’re in Gansu. 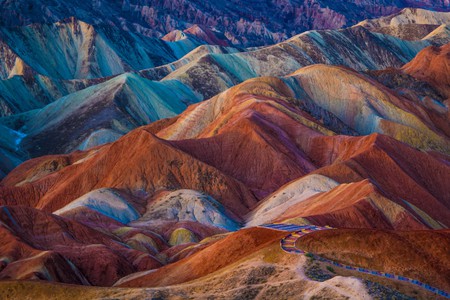 Like many of the surrounding provinces, Gansu is largely cold and dry, which means that the cuisine is based on meat, dairy, and barley, with the addition of vegetables. Gansu food shows influences from its historical position on the Silk Road and features such dishes as the aforementioned Lanzhou Lamian, camel hoof, and carved melons. 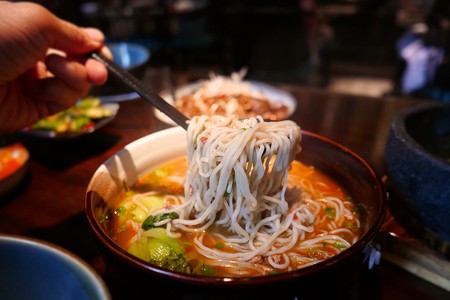