Sea Of Ink: The Many Guises Of Chinese Painter Bada Shanren 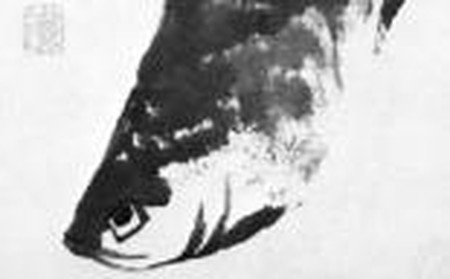 Sea of Ink by Richard Weihe gives body to the life and times of Bada Shanren, China’s preeminent ink painter by reimagining the artistic mind and spirit that created such sparingly visionary works of art. 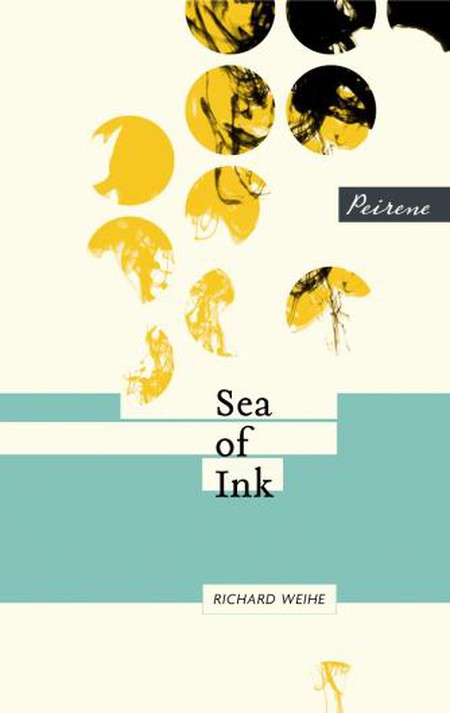 He was the Picasso of his time. Bada Shanren was also a vagabond, madman, former monk and Ming Dynasty prince. The artist — who went by many names throughout his career — left behind 179 dated pictures and albums which established him as one of China’s most influential and inventive painters. In Sea of Ink, Swiss author Richard Weihe fills in the blank canvas of the life of Bada Shanren through a historical reimagining of the painter’s life and times. In broad strokes, Weihe draws the connections between Bada Shanren’s brilliant Chinese ink paintings and what remains of historical documentation of this elusive 17th century painter. He lived during the volatile and often turbulent period of dynastic upheaval when the three hundred year-long Ming Dynasty, debilitated by weak emperors, infighting, and corruption, crumbled before the onslaught of the Manchurian invaders from the northeast, who subsequently established the Qing Dynasty.

In Richard Weihe’s part-fictionalised, part-historical account of Bada Shanren’s life, he was born as Zhu Da, the Prince of Yiyang, and was descended from the founder of the first Prince of Ning who established the Ming Dynasty. The overthrow of the Ming Dynasty thus put himself and his status in jeopardy as one after another, from Beijing to Nanjing, the Ming generals were defeated and its strongholds toppled. When danger threatened even at the gates of Nanchang in China’s southern province of Jiangxi, Zhu Da fled into the mountains, hiding within a monastery and taking up monastic duties. For the next few decades, the princeling-cum-Buddhist-monk arduously, diligently practised the art of brush painting whilst seeking to master his inner turmoil. According to his master, the Abbot Hongmin: 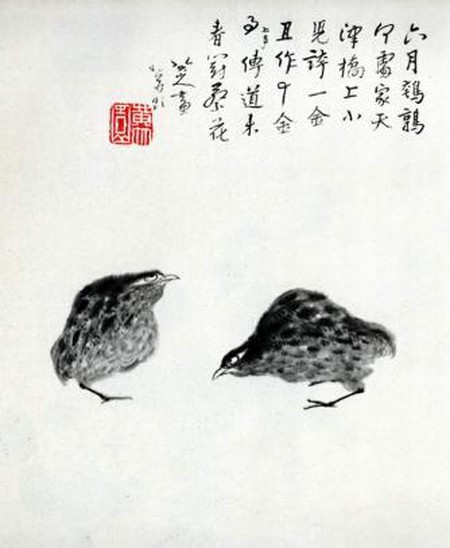 Richard Weihe weaves a story that moves between fact and fiction, threading the two together into a full-bodied story of the painter’s life, marked by both external upheaval and a gradual inner tranquillity that is manifested through brush, ink, and stroke.

The novella is a perfect evening’s read, composed of 51 chapters, some only a page long, with 11 accompanying pictures that illustrate Bada Shanren’s unique attentiveness to the subtleties of nature, from a simple lotus stalk to a catfish swimming alone, with the hints of tiny teeth, on a bare page. Some of the most captivating passages of Sea of Ink are those in which Weihe imagines the artist’s inspirations and inner processes as he puts brush to paper. In one chapter, Weihe envisages Bada Shanren observing two spiders, their webs built too close to each other. The spiders are suspended in a silent standoff as Bada Shanren begins to paint with quick, direct brushstrokes; here they are frozen forever in time. The 11 pictures that Weihe chooses to include in the novella are beautiful examples of Bada Shanren’s unique perspective and style; his works are unmistakable. His mastery of line and texture enables him to evoke a moment in time, to capture mood and movement.

As a young student of painting, barely practised, Bada Shanren queried his master: ‘How is it possible to express magnitude through smallness, hardness through softness and light through darkness? How can one thing be expressed by another which it is not?’ [34]

By the end of his life, Bada Shanren had mastered not only the technique, but also the essence and contradiction of Chinese ink painting.

About Richard Weihe and Peirene Press

In addition to Sea of Ink, Richard Weihe has published a book entitled Ocean of Milk about the Indian-Hungarian painter Amrita Sher-Gil, who is sometimes known as India’s Frida Kahlo.

Peirene Press was by writer and publisher Meike Ziervogel in 2008, Peirene Press is a boutique publishing house based in London that has won acclaim for its innovative approach to publishing. Peirene Press publishes European novellas that are intended to be absorbed in a single sitting — the same time it takes to watch a film. In the spirit of the great 19th century literary salons, Peirene also organises regular events for book lovers that celebrate literature through performances, conversation, food, and wine.