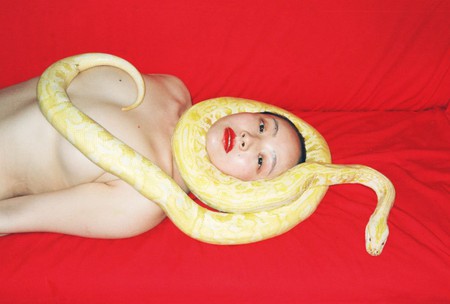 Controversial Chinese artist Ren Hang garnered critical acclaim for his playfully daring photographs. Reports on February 24th 2017 confirm that the self-taught photographer has died at the age of 29.

Ren Hang leaves a promising legacy behind, but he only began photographing in 2008. It was while he studied marketing at university that Hang realized his artistic hobby surpassed his original career trajectory in personal value. He began taking photographs of his roommate, nude, which would inspire the entirety of his subsequent portfolio. 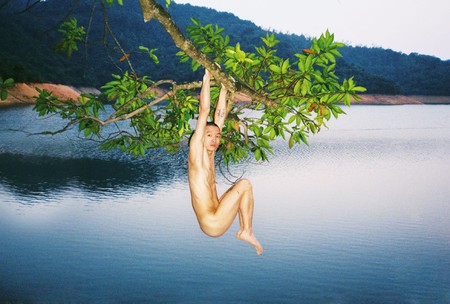 Hang’s raw photographs depict artfully exposed subjects converging with decorative elements of nature. From peacocks to lily pads, reeds and green hedges, Hang’s portraits conveyed a daring honesty. “People come into this world naked and I consider naked bodies to be people’s original, authentic look,” Hang once explained to VICE in an interview. “I feel the real existence of people through their naked bodies.”

The pornographic quality of Hang’s portraiture caused a stir with Chinese authorities, and he spent his career fighting censorship. He was arrested on multiple occasions for the explicit nature of the work he produced. Yet his artworks were also celebrated around the world for their sheer beauty, and Hang quickly became recognized as a true artistic force.

The Beijing-based artist was known to suffer from depression, and reportedly took his own life.