KFC in China Trials System Where You Smile to Pay 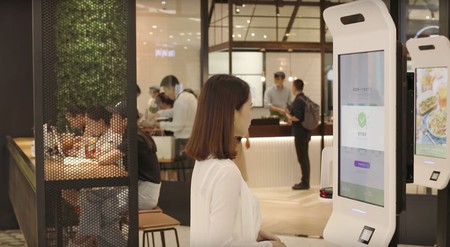 Paying for your fast food in China has never been easier — all you have to do is smile.

Alipay, the payment system of Chinese internet giant Alibaba, has introduced a facial payment system to a KFC restaurant in Hangzhou. The Smile to Pay technology recognizes the face of the consumer with facial scanning and a 3D camera.

Once the identity is checked by the camera, the user enters their mobile phone number to protect against fraud. The company behind the technology, Ant Financial, which is a subsidiary of Alibaba, said it takes around two seconds for the system to recognize a face.

“Taking the facial-recognition payment technology offline was no easy task,” said Jidong Chen, head of biometric identification technology at Ant Financial in a YouTube video. “On how we detect when someone’s photo is being manipulated when someone is falsely impersonating another person — we prevent this by merging software and hardware by linking sophisticated algorithms with the 3D camera. We can prevent biometric spoofing.”

The video explains the process of how payment works, and shows how different looks don’t impede the identification process. A woman wearing light make-up, heavy make-up, and wigs is shown being accurately recognized each time.

The KFC store where the Smile to Pay technology has been introduced is the healthier version of the chain called K Pro, which sells salads, paninis, and juices rather than the usual fried chicken.

Ant Financial also said that the algorithm used to identify people can detect shadows and other features to test if the person is real, rather than a photo or video being used to trick the system.