Is the Manchurian 'Queue' the Next Big Hairstyle Trend? 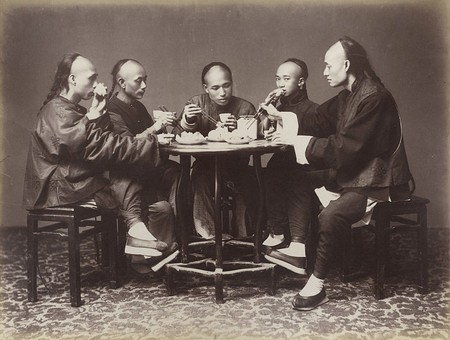 We think it should be. But your boyfriend might need some convincing. No, we don’t mean the hairstyle on you (tut-tut to sexist hair notions), we mean on him.

Before you let your imagination run wild, we also don’t mean wearing a line of teeny people (they really would have to very small) on your head. We are referring to the Manchurian ‘queue’, distinguished by the long plait that fell past the buttocks of men in the Qing dynasty (1644–1912), worn with the front half of the head shaved. Not convinced? Maybe if we bring in Jet Li – aka Kung Fu master – to pimp it up, as below. 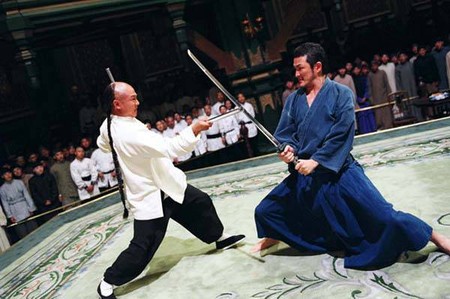 Get in the queue

You can’t just get a queue whenever you decide to. It takes time, and a lot of it. So tell your boyfriend to get behind the barber’s line until he’s grown that hair long, down to the lower back at least. Once he gets himself a queue, be prepared to have the front of the head shaved every 10 days or so, around the hairline from the top of the forehead, to round the sides past the temples, and all the way down – so there’s a circular track of baldness, as Jet Li demonstrates in many of his movies. 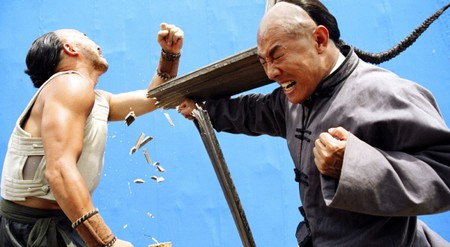 The start of the ‘queue’

The queue wasn’t just a trend in the Qing dynasty, it symbolised Ming dynasty China’s submission to the invading Manchurians, an ethnic minority from the north-east, who were essentially ‘outsiders’. They spoke the language of the Mongolians, and embodied their culture. Nevertheless, this incoming force toppled the Ming dynasty (1368–1644), who were ethnically Han Chinese – as were most people in China.

To show they were now in charge, one of the first things the incoming Qing did after taking over the capital, Beijing, was to mandate a hairstyle for men: that’s when ‘queuing’ began, but not without resistance, as rebellions broke out against the queue and had to be suppressed.

Pre-Qing, Han Chinese men and women grew their hair long and wore them bundled up in various styles, most popularly wrapping it in a bun on top of the head, or doing so with the top section of the hair and letting the rest fall (see below). 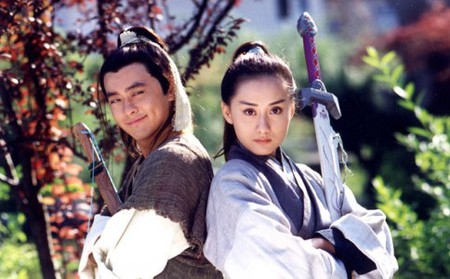 A year after the Qing took Beijing in the north, they also took control of southern regions in the summer of 1645. Hair became a matter of life and death for all Han males, as their lives literally hung on strands. The refusal to ‘queue’ became a crime punishable by death in China, as the emperor handed down the ‘Queue Order’ which stated that those who did not adhere within 10 days faced execution.

To enforce hair cutting en mass, busy regions of cities and towns were populated with soldiers who could do a barber’s job, and they forced any man they saw with a full head of hair to get the chop or have their heads chopped off. There were many who died in the name of hair honour – their bloody heads posthumously displayed for all to see.

Who would have thought that hair could be so political? To submit to the queue was to admit that the Ming dynasty was over, and to accept and identify with a new national identity. We’ve heard of invaders who force religious belief and language on the conquered population, but hair also seemed to do the trick here.

China’s revered writer and novelist Lu Xun said of the Han people’s abhorrence of the Manchurian hairstyle: ‘In fact, the Chinese people in those days revolted not because the country was on the verge of ruin, but because they had to wear queues.’

Han Chinese were not in the habit of shaving and certainly did not believe in it. Confucius had said the following, which made it wrong in principle:

‘We are given our body, skin and hair from our parents; which we ought not to damage. This idea is the quintessence of filial duty.’

So Han men and women grew their hair and wore them in various styles, most popularly wrapping it in a bun on top of the head or doing the same but only with a portion of the hair, the rest of it falling behind the back, as in the image above.

Zhang Dai, a historian and writer, was one such person who refused to shave off his hair, escaping to become a hermit for the rest of his life in the mountains of his homeland Shaoxing, when the Manchus took over the region in 1646.

We’ve heard of invaders who force religion and language on the invaded population, but compulsory hair styles do the trick equally.

At the end of the Qing dynasty, after centuries of the queue, the nation once again fought back. When internal corruption and the lack of political reform crippled the Qing imperial system, men’s hairstyles again became a political focal point; cutting off the pigtail became a symbol of protest against Qing rule, and became the defining act of support for modernisation and change. For those who favoured the imperial system, the fight to keep the queue was equally strong as it symbolised conservatism and loyalty to the imperial administration.

The Qing dynasty was officially over with the Xinhai Revolution in 1911 and the abdication of the then six-year-old last Emperor of China, Puyi, often portrayed as a rather useless, puppet of the invading Japanese forces, later on in his life. During the years of The Republic that followed the fall of his dynastic empire, ‘hair-cutting freedom’ was announced, allowing men to take off their queues.

While Puyi lost his power to rule, he kept his title and place in the Forbidden City, along with everything and everyone in the imperial palace. But change had to come at some point. In the 1987 biopic The Last Emperor, you see Emperor Puyi slashing his own queue off (on display in his home in Tianjin, to the south east of Beijing) with a sword in 1922, reportedly under the influence of his British tutor. He was the first in the Forbidden Palace to undertake the act , one that astounded the rest of the Imperial Service. Perhaps unsurprisingly, he also took the name Henry for himself, out of apparent admiration for England’s gluttonous King. 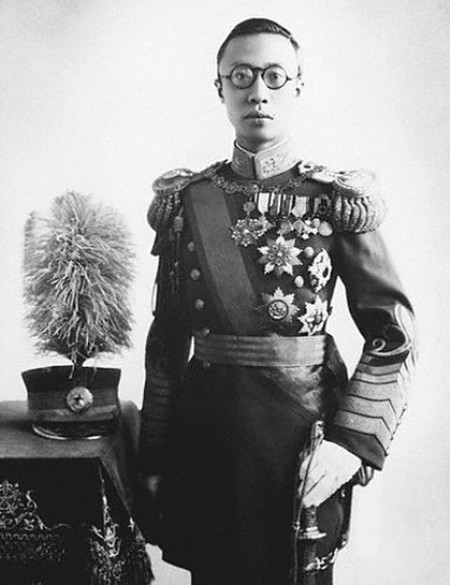 Puyi without his queue | © Wikimedia Commons

Priests and monks didn’t have to ever don the queue, by the way. Personally, we prefer Jet Li completely bald, as per his role in the famous movie Shaolin Temple, as a monk.