Inside the Restaurant In China Which Serves Penis 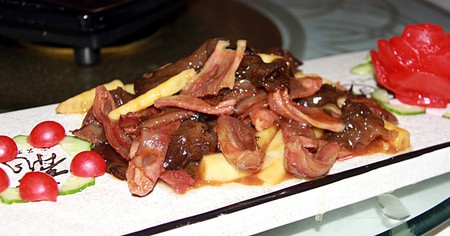 In China, penis is a delicacy. So much so that there’s a restaurant dedicated to feeding people phalluses of all sizes and origins, cooked in many different ways.

Found in an understated building next to Beijing’s West Lake is Guolizhuang, China’s first restaurant dedicated to penises.

On the menu is donkey, yak, bull and dog penis, as well as testicles.

Inside, the building has private rooms, gold cutlery and an impressively luxe decor. Each group of diners gets a personal waitress, who will explain the health benefits of the different kind of shafts. These include increased strength and virility, so, perhaps unsurprisingly, the restaurant is popular with businessmen, as well as tourists.

Once seated, the waitress goes through the menu and recommends what to order depending on the effect the guest is looking for. Certain parts of the meat are considered to be more suitable for different people. For example, white meat is thought to be more healthy for women and dark meat better for men.

Some of the dishes are simple and relatively unadorned, such as battered bull’s penis. Others are more elaborate, such as carpaccio-style deer penis with a spicy wasabi dipping sauce, or dog penis cooked with hot peppers.

Showcase dishes include the ‘dragon in the flame of desire’, which is a whole yak penis steamed, fried and flambéed. The restaurant also offers other unusual dishes, such as grilled deer foetus, garnished with broccoli, stewed deer head and sheep’s foetus in brown garlic sauce. 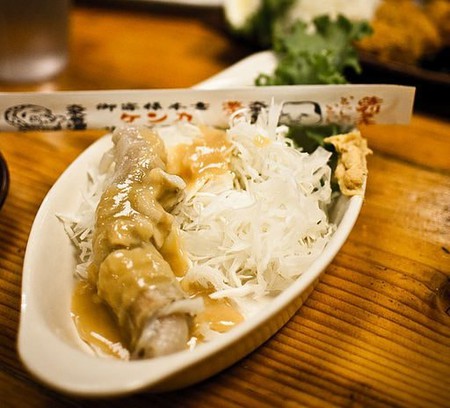 Beginners might find themselves steered towards a hotpot or selection plate of different kinds of members. They can come boiled in broth or fried.

The flavour of the penises has been reported as being pretty much non-existent, with the texture being a drawback. Chewy, gelatinous and gristly, they’re not the most tender cuts of meat.

Would you try eating penis?