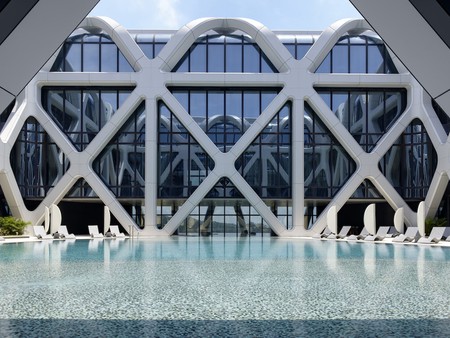 Macau now has an otherworldly 42-storey addition to its skyline, Morpheus.

The new flagship hotel for the City of Dreams resort opened on Friday June 15 and was designed by the late Zaha Hadid. Although it fittingly takes its name from the Greek god of dreams, its cage-like facade and gleaming white interiors seem to fit just as seamlessly into the world of The Matrix, a film in which a character also named Morpheus is the protagonist. 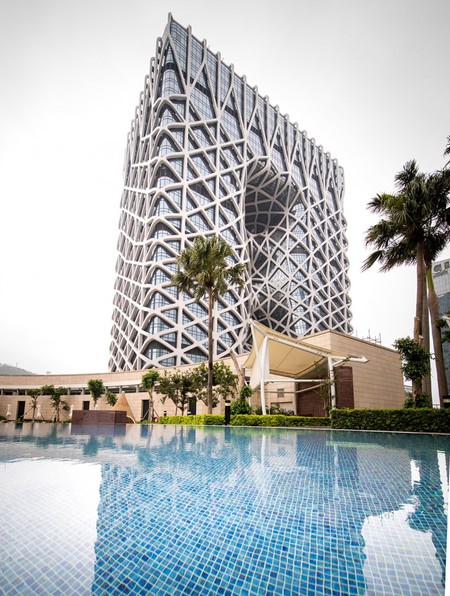 ‘We wanted to find the most iconic architect that can do something just insane,’ says chairman of developer Melco Resorts, Lawrence Ho. Gleaming like a steel net across the landscape, the renowned Iraqi-British architect has certainly delivered. 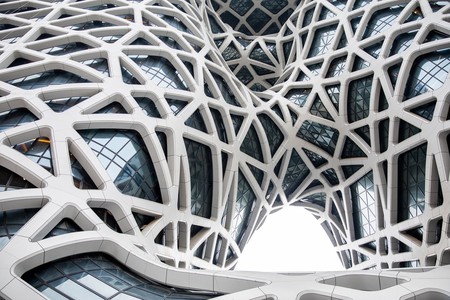 Hadid’s structure lives up to its dream-inspired name in its sweeping airiness. Informed by the ancient Chinese tradition of jade carving, the facade of the building has been ‘carved’ with voids, thus creating a net-like exterior which lets natural light pour through. The ‘urban window’ also connects the hotel’s interior communal spaces with the city outside, generating an openness that resonates throughout the hotel’s public areas and maximises the total number of guest rooms with views on to the city. 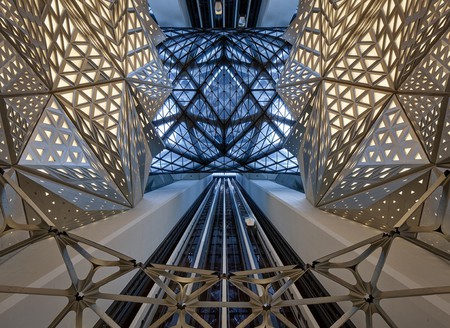 The breathtaking views continue in the 12 glass lifts, which showcase both inside and outside the building. Apart from the visual appeal, a tertiary purpose of the external frame, which is the world’s first free-form high rise exoskeleton, is its ability to provide more space by eliminating the need for supporting walls or columns.

Zaha Hadid Architects (ZHA) was commissioned to build the monumental structure in 2012. At that time, an abandoned building foundation lay on the site, and ZHA used this existing footprint as the basis for their eventual design. Viviana Muscettola, ZHA’s project director, explains, ‘Morpheus combines its optimal arrangement with structural integrity and sculptural form. The design is intriguing as it makes no reference to traditional architectural typologies. Macau’s buildings have previously referenced architecture styles from around the world. Morpheus has evolved from its unique environment and site conditions as a new architecture expressly of this city.’ 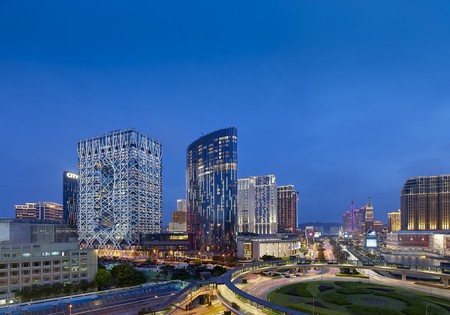 Asia’s most popular entertainment destination, and the only place in China where gambling is legal, the semi-autonomous region of Macau welcomed more than 32 million tourists in 2017.