How to Rent a Bike with Bike-Sharing Apps in China

The emergence of bike-sharing apps like Mobike and Ofo brings the late 2010s’ China back to the 1980s – when there were still few automobiles on the streets and when the country was known as “the Country of Bicycles.” The bike-sharing apps allow people to pick up and drop off the bikes almost anywhere. Neither do you need to buy your own bike nor have to worry about your bike being stolen anymore. Here’s a step-by-step guide of how to rent a bike in China.

Get the right apps

Other than the biggest brands Mobike and Ofo, there are also some smaller brands like Hellobike, Bluegogo, etc. Different companies own different bikes, which can be recognized by the bike’s color and logo.

Different companies have uneven markets between cities, which means that you may see more Mobike bikes in one city and more Ofo in another. As both Mobike and Ofo require a deposit fee, it may not be practical to use two apps at the same time. So you may want to check on your local streets before deciding which app to prioritize.

You will then be asked to pay a refundable deposit – 299 RMB (US$47) for Mobike and 199 RMB (US$31) for Ofo – via WeChat or Alipay. You’ll need a Chinese bank card for this. The deposit is charged to prevent misuse of the bikes, and once you decide to quit the app, you can get your full deposit back. Following the payment, you need to verify your account by taking two pictures of your passport, one of the passport’s main page and the other of yourself holding your passport.

For Alipay users who have a Zhima Credit that is 650 or above, they don’t need to pay any deposit to use Hellobike. 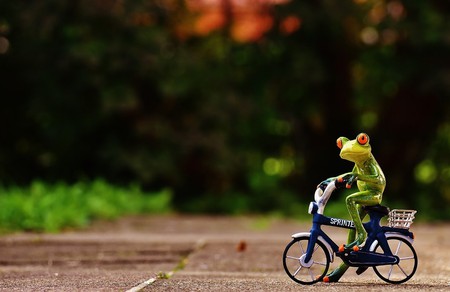 How much do my trips cost?

Now you are ready to go! The rides cost 1 yuan (US$0.16) for half an hour, which will be deducted from your pre-charged wallet (you can find the page in the apps) once you complete your journey. And for people who have purchased a monthly pass (it’s usually 20 yuan (US$3) per month, but there can be discounts from time to time), it’s free for the first two hours of your ride.

Although the biggest advantage of sharable bikes is that riders can pick up and drop off the bikes anywhere, it’s not actually anywhere – you certainly cannot park in the middle of the road (there are bike-parking areas on the roadside), nor are you allowed to lock the bikes inside a residency compound because it would make it difficult for other people to access the bikes. 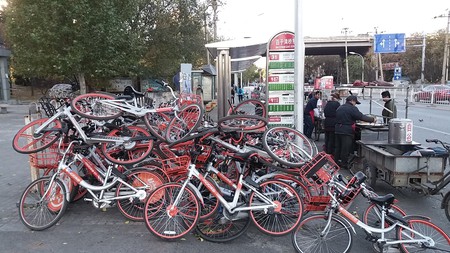 When it comes to choosing bikes, it can be quite painful when you are faced with dozens or hundreds of bikes in the pool. It’s like a lottery draw – you may get an easier-to-ride bike, or have to combat with a bike that is half-broken. From a local who has tried Mobike, Ofo, and Hellobike, here are a few tips on how to wisely choose your bike.

Of the three brands, Hellobike is of the best quality. It’s super easy to ride, but some people may find its handle bars too flexible. Different users have disagreements over which of Mobike and Ofo is easier to operate, but Mobike updates itself more quickly – there are already four versions of Mobike on the market, of which the latest, best-looking type is undoubtedly the easiest to ride. But it’s also very rare, and can be snapped by somebody else pretty quickly. 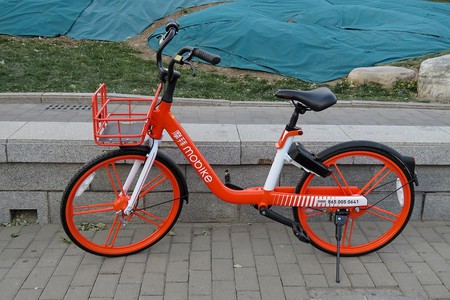 The latest, best-looking type is also the easiest to ride | © N509FZ / WikiCommons
Give us feedback