How to Navigate Transport in Beijing 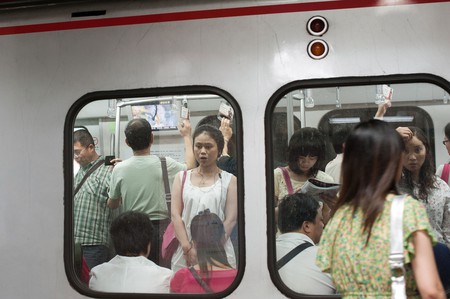 As air pollution continues to remain a threat to Beijingers’ well-being, it is highly suggested that people use public transportation instead of private cars. Luckily, China’s capital is equipped with one of the world’s most rapid transportation networks. Let’s take a look at what choices you have, and wait no more to start your trip.

In Beijing, the most convenient way to do inner-city trips is by subway. From Tian’anmen Square, the center of Beijing, to outside the 5th Ring Road in all the four cardinal directions, the Beijing Subway covers almost all the popular destinations of the city. The Beijing Subway was the cheapest subway in the world until the end of 2014, when passengers only need to pay 2 yuan (US$0.32) per trip no matter where they go. Now, the ticket price is charged according to the distance, starting from 3 yuan.

In the areas that the subway doesn’t cover, buses become the best transportation tool for those who prefer not to ride a bicycle. It’s easy to spot a bus station – simply look for the green and white board with the bus numbers framed in red boxes. Sometimes (especially during rush hour) there are volunteers in yellow jerseys maintaining order. If you are waiting for a bus in a busy station, make sure that you stand in the right queue – the bus numbers are written on the ground to separate the queues. 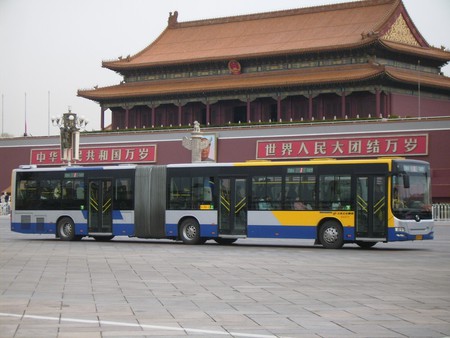 It’s easy to call a cab on the street, simply by waving your hands at the drivers. But lately it is becoming more difficult to see an available cab on the streets, as locals are using taxi-hailing apps. The most popular taxi hailing app is DiDi, and it has English version and even English customer service. Other than using the app to call official cabs, people also use the app to hail DiDi express cars, which are sometimes cheaper than taxis given the app’s promotional discounts. The price can be even cheaper if you choose to share your DiDi express car with other passengers (the system will calculate the best route).

Local tip: Most of the time, drivers don’t speak English. So, if you use the taxi-hailing apps, make sure you can speak some basic Chinese ­in case you need to give the driver instructions. 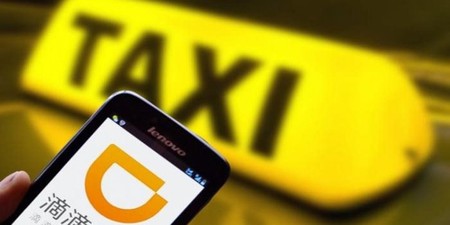 Come on, while you are in Beijing, how can you not ride a bicycle? (Unless you can’t ride a bicycle in the first place.) Besides, bicycles are the most fashionable public transportation tool in China right now, thanks to the smart bike-sharing apps like Mobike and Ofo. The bikes are station-free, so that you can unlock and lock a bike theoretically anywhere. Both the two brands require deposit, and cost 1 yuan per 30 minutes, but if you buy monthly pass with them it is only 20 yuan (US$3.15) per month.

Local tip: Although the shareable bikes are designed to make it more convenient for riders to park the bicycles, you should be careful that you park your bicycles in the appropriate parking areas. Taking bikes into residential compounds is also banned, as it causes problems for others who need to find a bike. 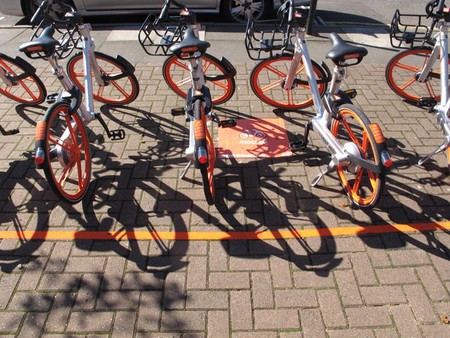 You will be likely to see a lot of three-wheelers in Beijing, either waiting in front of subway stations for people whose destinations are a bit far from the stations, or going recklessly on the busy streets as if it is 4 o’clock in the morning. Although the drivers all seem pretty cool, it can be quite a dangerous journey, so think twice before you hop on a three-wheeler.

Local tip: Foreigners, especially those who don’t speak Mandarin, are more likely to be ripped off by three-wheeler drivers. The price is usually no more than 10 yuan (US$1.57) for the first kilometer in Beijing. Keep that in mind, and you’ll be more confident when bargaining with them.