German Oktoberfest Festival Is a Hit in China

The world’s largest German beer festival, Oktoberfest, takes place every year in Munich, Bavaria, Germany. It’s now so popular that the festival has spread to other cities across the world, even China, where it’s celebrating its ninth successful year from October 12–22, 2017, at MGM Macau.

The southern Chinese city of Macau is like a little slice of Europe in China. Not only was it a Portuguese colony for over 400 years, but it’s also home to an annual Oktoberfest – a tribute to all things Bavarian and a celebration of German beer, food, and traditional festivities.

Whilst Oktoberfest in Munich, which lasts for 16–18 days, now runs in September instead of October (it’s too cold in Germany in October), in Macau, it still takes place in October at MGM Macau as an 11–day event. This year it runs from October 12–22, 2017. 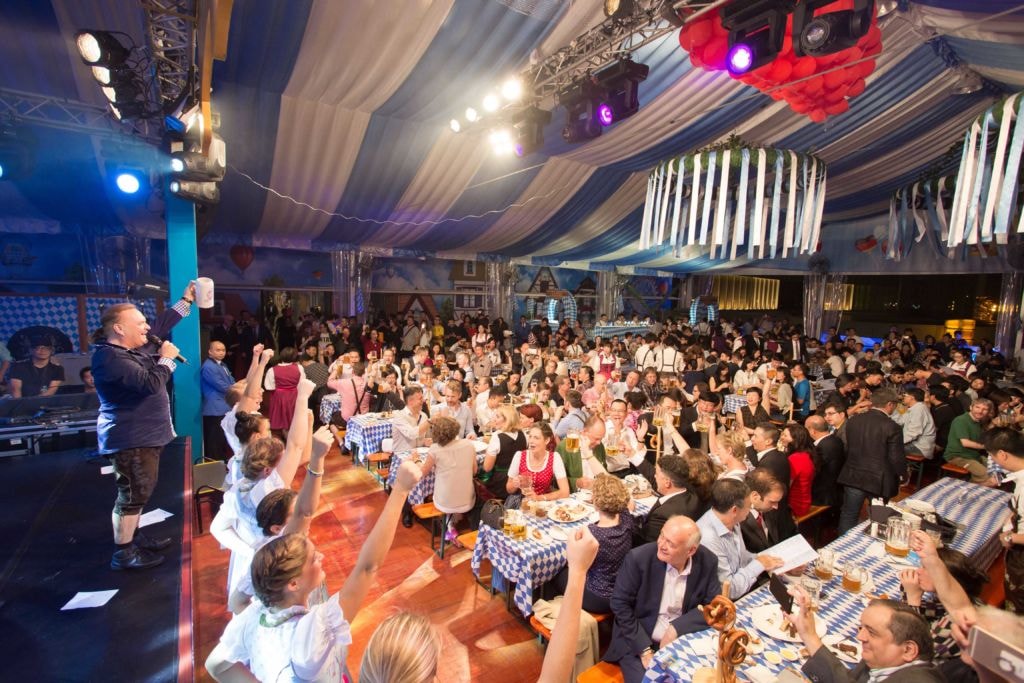 Oktoberfest is an important part of Bavarian culture, one that has taken place annually for over 200 years. In Munich, over six million people from around the world attend the event every year. Typically, just as many litres of beer are consumed with a record of 7.7 million litres served in 2013.

In Macau, festival-goers don’t drink quite as much beer, but they certainly give it a good try. MGM Macau serves Löwenbräu, one of only six official Oktoberfest brews from Munich, with other wheat beer and non-alcoholic beverages available. There’s food aplenty too, with a variety of traditional German cuisine, including Bavarian deli platters, boiled veal sausages, mega pretzel sandwiches and a host of other authentic delicacies. 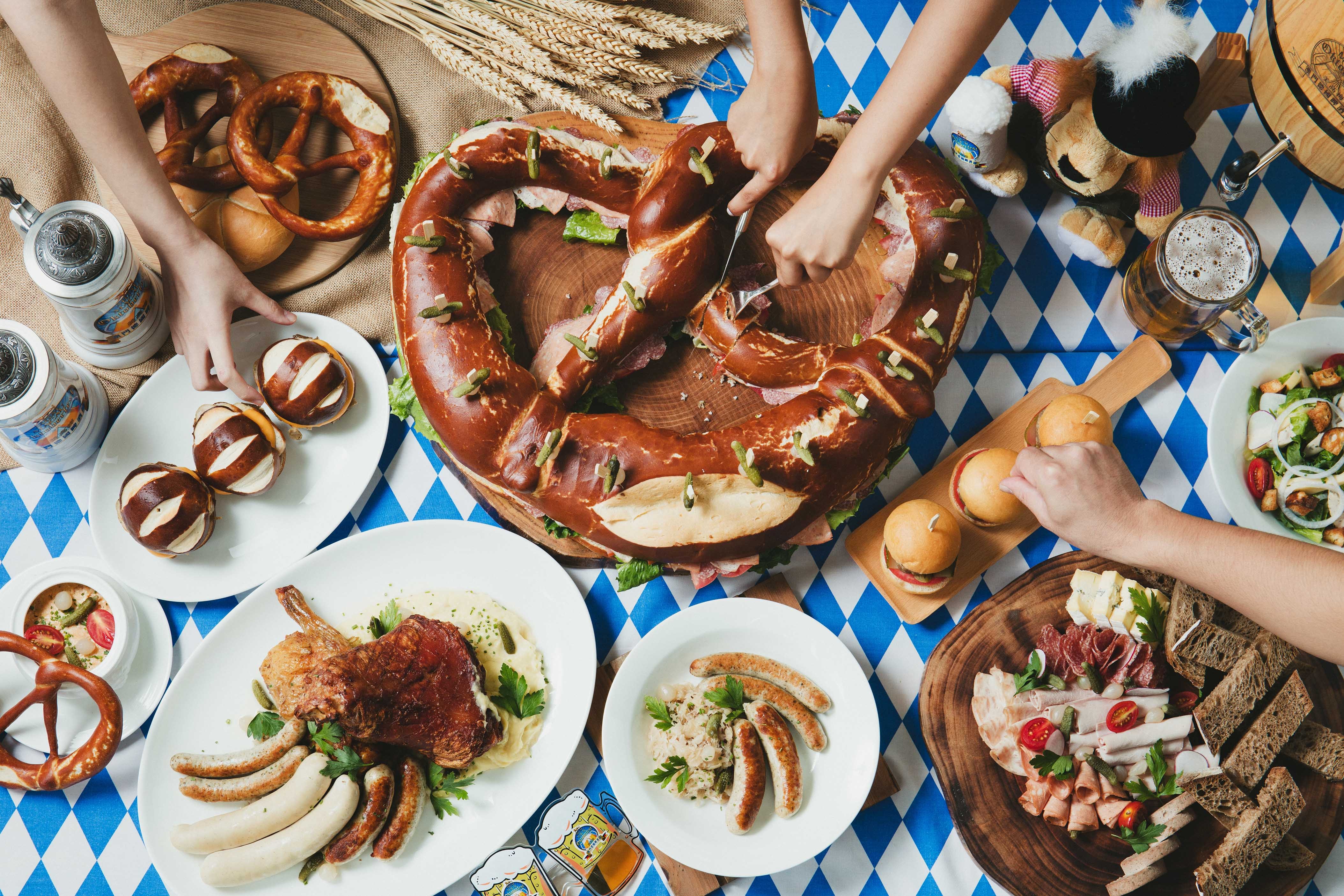 There is a variety of German cuisine | Courtesy of MGM China

The party atmosphere is brought to life with live performances of rousing Bavarian oompah music led by the Högl Fun Band, who come all the way from Munich. The band have been a firm favourite of the festival for the past eight years and have even composed a special theme song for Macau’s version of Oktoberfest, the highly catchy ‘Nei Hou Macau!’ (Hello Macau!)

Everybody gets into the traditional Bavarian spirit under the specially constructed tent decorated with ceiling wreaths and buntings. The beer maids dressed in dirndls complete the authentic Bavarian look. 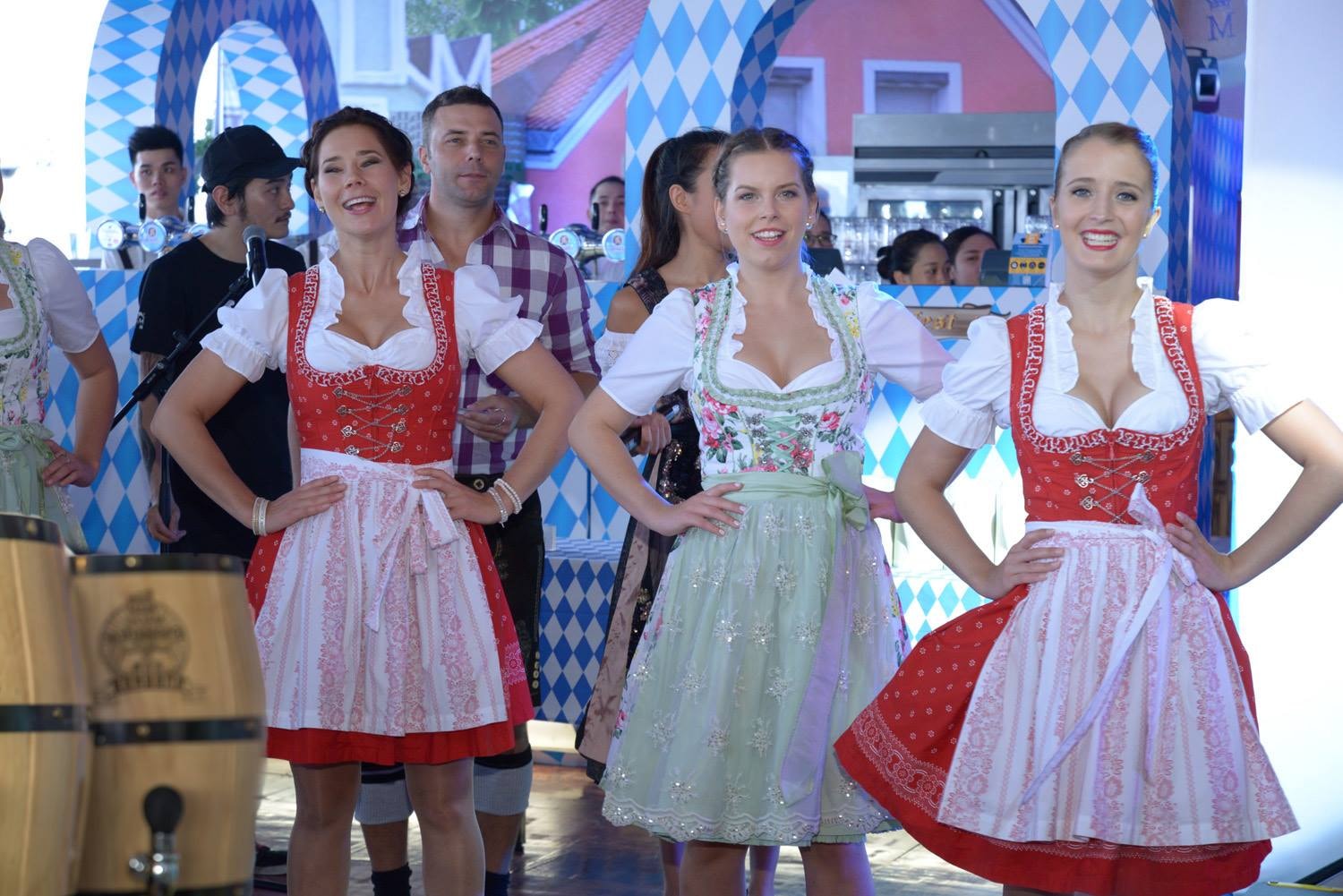 Besides the beer, food and music, there are also a host of carnival game booths if you feel like trying your luck. This year the festival is hosting a family-friendly day on October 21st from 11 am to 3 pm where, under the big tent, the whole family can enjoy a Bavarian entertainment brunch with non-alcoholic beers and all the fun and frolics for which Oktoberfest is famous.

This year’s Macau Oktoberfest was declared officially open on October 12th, with the guests of honour tapping the first beer barrel to the traditional cheer ‘O’zapft is!’ (“It’s tapped!”) Here’s to the food, beer and German cheer and another successful year of Oktoberfest.