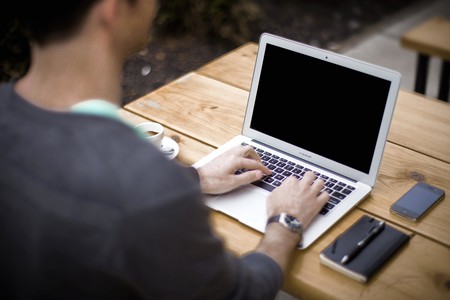 It’s not just locals who are earning big bucks from China’s internet celebrity boom – foreigners are also helping themselves to a share of the pie. With millions of online fans, lucrative sponsorship deals and growing influence, they are reaping the benefits of fame and fortune. Here’s everything you need to know.

In China, the world’s most populous country, being an internet celebrity is a big deal and by all accounts, big business. According to the Chinese Academy of Social Sciences, social media personalities generated more than US$7.9 billion in revenue last year.

The potential audience reach is huge too. It’s estimated that China has more than 730 million internet users. Whilst Chinese online celebrities still have the largest number of followers on the country’s main social media sites, foreigners are also starting to get a look in and it’s paying off in more ways than one. Here are a few of China’s biggest foreign internet celebrities and how they made it big.

One example is the hugely popular Foreign Research Institute. Co-founded by Israeli born Raz Galor, 23, they post videos showing interviews with foreigners about their life in China, and have so far garnered over three million followers on social sites such as Weibo and Miaopai – China’s equivalent of Facebook and Twitter – and they enjoy 11 million views per video.

Raz and his team have labelled themselves “Laowai Influencers”. The term “laowai” is slang in Chinese for “foreigner”. Aside from fame and fortune, the main purpose of their platform is to “let foreigners in China express their thoughts about the country and let Chinese know how expats think of them”, says Raz. Their videos have become hugely popular with young Chinese and provide an often amusing source of information to understand cross-cultural differences.

The 34-year-old Australian standup comedian, who works as an English teacher, has managed to win more than five million followers on Chinese social media platform Weibo. He posts videos sharing the funny moments that he has experienced in his day job. One of his biggest successes was a video about a misunderstanding he had with two male students, who had invited him to their house “to play together”.

Rather than anything untoward, it turns out that the meaning of “play together” had been lost in translation. “In China, people don’t say ‘hang out’, they say ‘play with’”, Gulasi explained, laughing. People online saw the funny side and the video went viral, resulting in his followers jumping from 5,000 to 120,000 in just 24 hours.

His amusing videos depicting his life living in Shanghai attract tens of millions of views. What began as a bit of fun for an exchange student has turned into a good living. Just one year after starting out in Shanghai, Derksen has two employees helping out, plus his wife. In addition to becoming a bonafide internet superstar, Derksen’s videos often promote cross-cultural understanding between German and Chinese audiences. A letter he wrote to German Chancellor Angela Merkel about how he thought Germany could learn from China and become a largely cashless society went viral. It was covered by both German and Chinese media, and was viewed as a masterstroke that promoted cross-cultural understanding.

There are growing opportunities to cash in on China’s internet celebrity boom, creating a wave of netizens hoping to build their follower numbers in hopes of hitting the big time. One of the top ranking public WeChat accounts run by Chinese internet celebrity Mi Meng (咪蒙), charges big bucks for promoting sponsored content. With 10 million followers, Mi charges 680,000 yuan (USD 103,000) for a headlined article, and 250,000 yuan (USD 38,000) for a banner article as of March 2017, mainland Chinese media have reported.

This lucrative business is only set to grow bigger as the value of China’s internet celebrity market is tipped to surpass 100 billion yuan in 2018, nearly twice the 52.8 billion yuan in 2016, according to Beijing-based research agency Analysus.