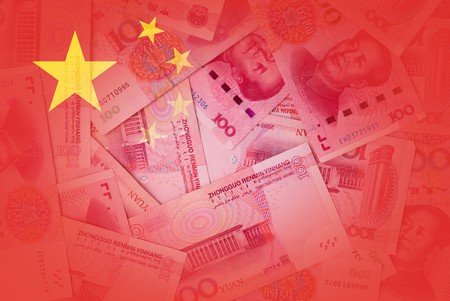 A visitor to China with zero or little knowledge of the language could find themselves confused when trying to make a purchase. Say a soft-drinks vendor asks you for 3 kuài and 5 máo. A cursory glance in your wallet only shows notes adorned with the face of Chairman Mao, with the words yuán or jiӑo. You may wonder, ‘What is the vendor asking for? Is this only fake money in my wallet?’ The answer involves a little study of Chinese history.

Renminbi is the official name of the currency introduced by the People’s Republic of China at the time of its foundation in 1949. Its literal translation means the ‘People’s currency’. This is usually substituted with the shorter ISO code RMB on currency-exchange rate websites such as xe.com.

Yuán is the name of a unit of the renminbi currency, but it isn’t the same thing as renminbi. An analogy can be drawn with ‘pound sterling’ (the official name of the British currency) and ‘pound’ – which is a denomination of pound sterling. So, where an item may cost £1 or £10 pound, we wouldn’t describe it as costing £1 sterling. Similarly, in China, it would be correct to say it costs 5 yuán or 10 yuán, but it wouldn’t be correct to say it costs 10 renminbi. 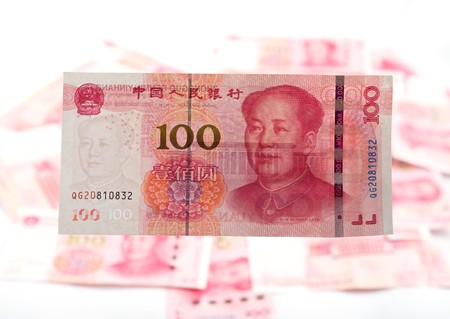 A 100 yuan note. Roughly equivalent to £10, it is the highest denomination of Chinese Currency. | © Joesayhello/Shutterstock

It all started with silver dollars

The word yuán goes back further than 1949. It is actually the Chinese word for ‘dollar’ – which before it became synonomous with the US paper currency, was previously a silver coin, mostly minted in the Spanish empire. It was this coin that was used by foreign merchants in China for centuries.

China’s first domestically produced dollar coin, or yuán, was minted in Guangdong province in 1890. The Chinese phrase for the US dollar is mei yuan (‘the American dollar’ – as ‘mei guo’ is the Chinese word for America). This follows a similar naming convention for other currencies – for example, the Chinese name for Japanese yen is ri yuán (‘ri ben’ being the Chinese word for Japan); and the euro is ‘ou yuán’ (the Chinese word for Europe is ‘ou zhou‘). Interestingly, the Japanese and Korean currency names, yen and won respectively, are both derived from the traditional Chinese character for yuán. 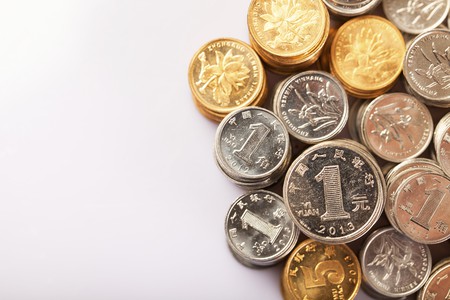 On Chinese banknotes, you will find the word yuán or jiӑo (think pound and pence), while on the stock exchanges of the world, Chinese currency will be noted as RMB, or alternatively CNY (Chinese yuán). But in the bustling street markets of Beijing and Shanghai, the foreign traveller will need to master a whole new language before confidently parting with their hard-earned money.

In practice, Chinese people rarely talk about renminbi or yuán. If money makes the world go round, the language of the streets in Mainland China is of kuàis and máos.

The word kuài literally means ‘piece’. One kuài = one piece of money; 100 kuài = 100 pieces of money. The use of the word kuài is therefore colloquial – it’s similar to using ‘quid’ in England or ‘buck’ in America, but it’s actually far more widespread than both of these, as it’s common all over China. In fact, it’s used everyday by everyone, from the cold north of Harbin down to the tropical Islands of Hainan.

The subdivisions of kuài are jiӑo – 10 jiӑo make up one kuài (one kuài is roughly 10 pence; one jiao is approximately the same as an English penny. Going further, one jiӑo is the same as 10 fen. However, in spoken Chinese, the word used is máo – 5 máo, 10 máo.

In a country where the presence of Chairman Mao still loom large over the people, you would think it’s safe to bet the word is a reference to the founding father of the People’s Republic of China, but not so. While it’s true the written character for máo (the money) and Mao (the Chairman’s surname) is the same, this is just a happy coincidence. The word máo (literally meaning ‘animal hair’ or ‘feather’ ) has been used to describe pennies long before Chairman Mao came to prominence.

So, if you find yourself in a bustling Chinese market, make sure you know your yuáns from your kuàis, and your jiӑos from your máos. And don’t forget to haggle. The first price offered up is a negotiation starting point, not the actual price. But learning those dark arts are another article for another time.