Essential Facts You Should Know about Confucius

Confucius (551–479 BCE) is widely considered the most important philosopher in Chinese history. Although his ideas about ethics, family and government form the foundation of Chinese society, most people outside of China know little of his life and work. Here’s seven things you should know about this famous thinker.

He was born into an era of political turbulence

Confucius was born in 551 BCE in the state of Lu, a region which lies in modern Shandong province, during the decline of the Zhou dynasty. Although the Zhou clan ruled in name, the court held little real power. In reality, the nation was split into separate dominions governed by powerful local lords.

Confucius considered this state of affairs chaotic and undesirable. The political turmoil and warfare of his time influenced his idea of a harmonious society, in which the government treated its people with benevolence and respect. 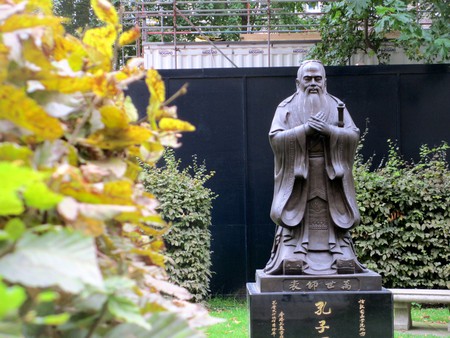 He was raised in poverty by his single mother, Yan Zhengzai

His father died was when he was three, and he was subsequently raised by his mother among her relatives. They were commoners, and life was difficult. His mother died before the age of 40, when he was 17 years old.

At the age of 19, Confucius married his wife, Qiguan, and his only son was born a year later. In order to take care of his family, Confucius had to work menial jobs for noble families, including taking care of horses and sheep, as well as being a bookkeeper.

Confucius’ teachings didn’t achieve mainstream influence until after his death

During his life, he was an itinerant scholar who offered political advice to the governments of competing states, preaching his idea of an ideal society. Late in life, he moved back to his home state and served as a low-ranking statesman. His ideas didn’t become widespread until his disciples (he acquired a following of 3,000 during his life) began to disseminate them broadly through their writings. 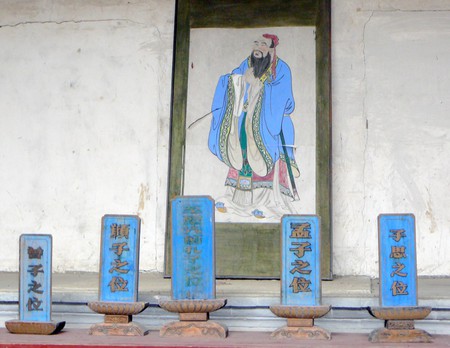 The principal Confucian text is the Analects

It is believed to have been written and compiled by his disciples. Divided into 20 sections, the Analects presents Confucius’ ideas on morality, government, family, ritual propriety, and the characteristics of a gentleman of virtue. In addition, it also contains an account of Confucius’ life and habits.

His teachings stressed the importance of the family

Confucius believed that it is only within the family that the individual is fully defined and developed. Thus, familial obligations and relationships are key to his philosophy. For instance, a husband has a duty to love and cherish his wife, while the wife’s obligation is to obey her husband; the same goes the old and the young, parents and children, and so on. Further, Confucius thought that the state of the private family had ramifications for public life: well-ordered households produce a well-ordered society. 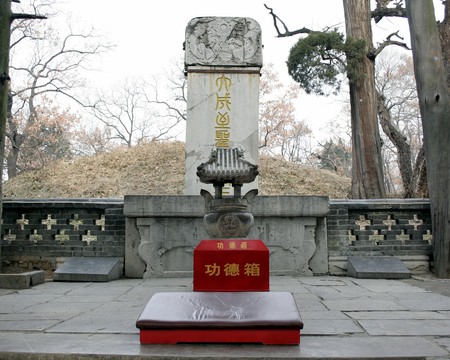 The grave of Confucius | Preston Rhea/Flickr

In the Republican period (1912–49) and in the early decades of Communist rule, Confucianism was widely rejected and reviled as a traditionalist, feudalist and backwards ideology that obstructed China’s modernization. However, despite his critics, Confucius’ legacy continues to influence Chinese society even today.