Coronavirus: Chinese People Worldwide Share Their Thoughts on the Outbreak 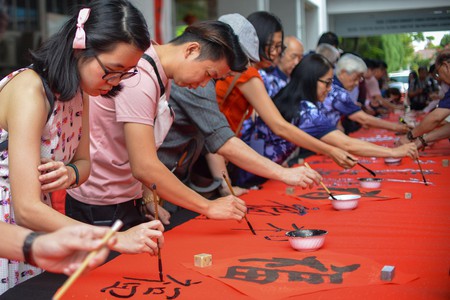 A moment of solidarity, as the local community in Kajang, Selangor in southwestern Malaysia wrote words of good wishes to fight COVID-19 | © Xinhua / Alamy Stock Photo

Many Chinese people are not only battling exposure to coronavirus, but also the fear, panic and xenophobia that has spread with it. Culture Trip speaks to several members of the Chinese community – living in China and overseas – to understand how their lives have been affected, and how they are learning to cope with the looming uncertainty.

Olivia Geng, 36, PR based in Beijing

I was travelling around Morocco during the Lunar New Year, and took one of the last Qatar Airways services home before they suspended all flights to China.

I was nervous at the beginning, because I remember experiencing SARS when I was a student in Beijing. Back in 2003, people I knew stayed at home and watched ‘official’ channels on TV.

We didn’t have WeChat or Weibo then. Now there is too much information, which might cause more anxiety. People have gone mad for face masks and disinfectants. 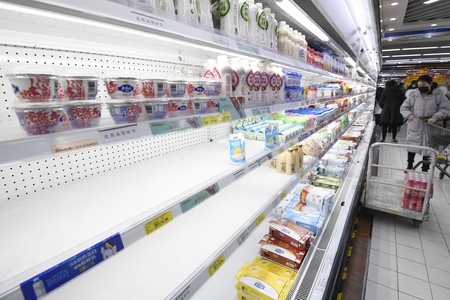 Panic-buying coupled with temporary shortages can be observed in cities around the globe. On 30 January, the dairy section at this Beijing supermarket couldn’t escape the raid | © Newscom / Alamy Stock Photo

For 30 days, I couldn’t visit my grandparents’ house, since their compound was blocked. They are both in their 80s, and when I brought them vegetables, Grandpa would extend a hand and thank me through the gate.

Chengde is a tourist city and relies on heritage sites such as the UNESCO-listed Mountain Resort to attract tourists. These sites remain closed to date – and nobody knows when they will open again.

Other than keeping my travel blog running, I have applied to volunteer at a youth development business, devoting time to calling university students in Wuhan, the centre of the outbreak. We talk about the troubles they are experiencing, and I encourage them to be brave and hopeful. The virus has been a disaster, but even the deepest valleys are full of flowers. 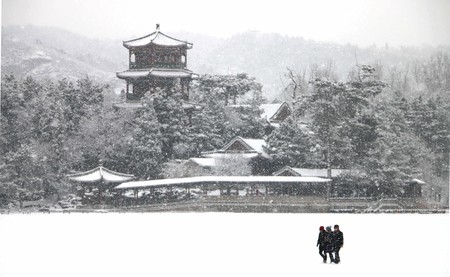 The 18th-century imperial palace in Chengde suffered another cold winter in 2020, and was then closed due to the COVID-19 outbreak | © Xinhua / Alamy Stock Photo

Stacey Tang, 24, student based in The Hague, the Netherlands

The coronavirus outbreak has given international students a chance to express their sympathy towards the Chinese community. There were posters such as this one all over my campus:

We are with you,

Hope China can win the battle against coronavirus

From Your Fellow Students” 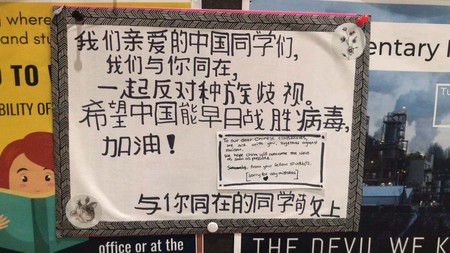 However, elsewhere in the country there are reports of graffiti reading ‘Chinese corona’ and ‘Die Chinese’ found scrawled inside the lift of a student dormitory.

This is my third year in the Netherlands. Somehow, I now look at the COVID-19 outbreak as a window to a diverse spectrum of attitudes towards foreigners.

Macau is a busy city thanks to its dense urban population. Since the outbreak, you can barely see anyone in the streets. People are worried about the virus spreading in their communities. The city has gone quiet, and the sound of the ambulance siren seems even louder than before.

Since the local government tightened control of our border with mainland China, some locals have been panic-buying for fear that food will run out. Apart from going out twice a week to purchase food and drinking water, my family and I stay at home almost every day. The local government has also closed all public parks. My mother-in-law used to go to the park every morning and work out with her friends. Now, she simply can’t. 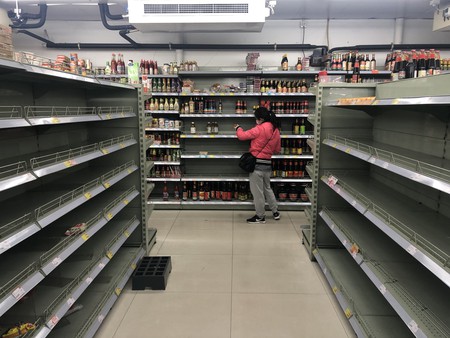 As in many other countries, Macau’s supermarkets are feeling the pressure | © Liz Li / Culture Trip

Liyana Othman, 30, writer based in Singapore

After decades of plying Singapore’s roads as a cabbie, my elderly father has finally called it day. “There’s no one outside,” he lamented.

I couldn’t agree more. With more than a hundred people infected in Singapore to date, the outbreak of the virus has kept many locals at home – and the tourists aren’t coming either.

Tourist haunts are, well, hauntingly deserted, and malls are less crowded than they usually are. My friends have joked that now would be a great time to finally snag an elusive seat at an exclusive restaurant. But there is a sense that Singapore is prepared and resilient as a society. There’s even a national jingle with lyrics like “Go ahead rain on my parade / We won’t give in”. 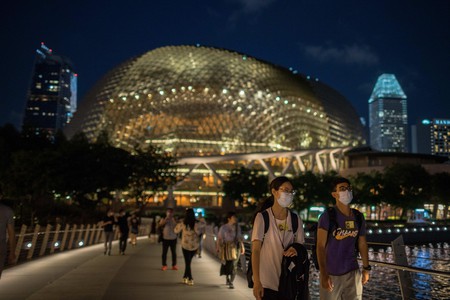 Lily Lin, 32, translator and writer based in Taipei, Taiwan

Some of my friends who work in local restaurants and hotels have been taking unpaid leave. We also have an annual religious event called the Mazu Pilgrimage coming up, but some Taoist temples in Taipei and Taichung have already cancelled relevant activities due to the outbreak. We put on masks as we board public transport and as we enter public areas indoors, and most people are also avoiding large events. 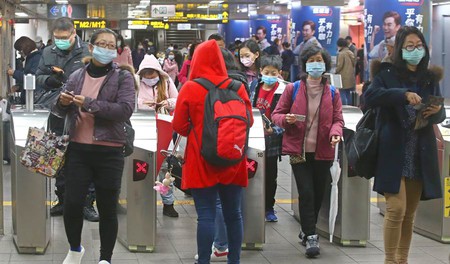 When the virus started making waves on Chinese social media, my Chinese friends and I were having dinner together on the eve of Lunar New Year. Back then it went largely unnoticed by the public in Japan. But a month later, the number of cases started surging here, too.

At this point, I wonder which is a safer place to be: Tokyo or my home town of Hangzhou in China. The problem is that if I go back to China, I will not be able to enter Japan again until the ban barring those holding passports from my home province, Zhejiang, is lifted. I am stuck here. 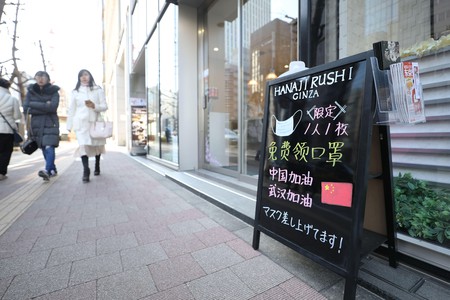 My boyfriend is a French national studying in China, and he came to Vancouver to see me before the outbreak. During this visit, his return flight to China was cancelled. We spent an hour calling the airline’s customer service number, and managed to book a return flight in early March. A week after the call, we were notified that this flight was, again, cancelled. His university in China has also discouraged students from returning until further notice.

We decided to visit Victoria for a short vacation. On the day we arrived on the island, a local hotel abruptly cancelled my booking. When I called them to ask why they cancelled, a member of staff questioned me. ‘Did you just arrive in Canada? When did you arrive here? What is the name of your university?’ – I asked why she was asking all these questions, and was told it was because of coronavirus. 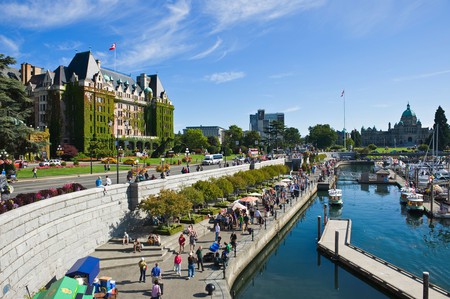 In truth, the lives of those living in Melbourne haven’t altered much. Whether it is in the Central Business District or in crowded public transport systems, you will hardly find people wearing masks.

That’s not to say there isn’t fear lurking underneath this stoic façade. Since early February, popular restaurants in Melbourne’s Chinatown have claimed fewer customers as news about the virus spread across the globe.

I was hoping to go back to China after two years of studying in the US, but coronavirus has halted my plans.

My home town of Bengbu in Anhui province has had the second-highest number of confirmed cases and highest number of deaths in the province. My mum hasn’t been outside for two months. My aunt and uncle – who did essential shopping for her – were asked to wait in line outside the grocery shop (only 10 people are allowed inside at a time) and have their temperatures tested. Now, my cousin orders food and basics to be delivered to my mum online.

At first, my family couldn’t comprehend the severity of the outbreak: my dad went to my aunt’s place and played mahjong (a Chinese tile-based game), and my uncle insisted on visiting my grandma every other day. Then my cousin, who was based in Shanghai, brought us news of the virus when she returned home to celebrate Lunar New Year, and asked them to stop visiting each other. She even guarded the house door, and asked every incoming person to wash their hands.

My cousin is back in Shanghai, but still watches through a web camera to make sure everything is alright at my grandma’s place. 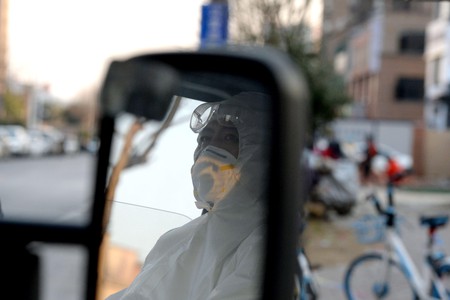 On 13 February, a fully scrubbed medical staff was waiting to transfer suspected cases of the virus to a local hospital in Bengbu, Anhui province | © Xinhua / Alamy Stock Photo
Give us feedback