4 Facts You Didn't Know about Life under Chairman Mao's Rule

When he formally established the People’s Republic of China in 1949, Communist leader Mao Zedong declared, ‘the Chinese people have stood up!’ But what did this mean for the ordinary peasant, student, or urban worker? From mangoes and rats tails to typewriters and atomic bombs, we look at some of the more unusual objects which reveal the foibles of day-to-day life in 1950s and 60s China. 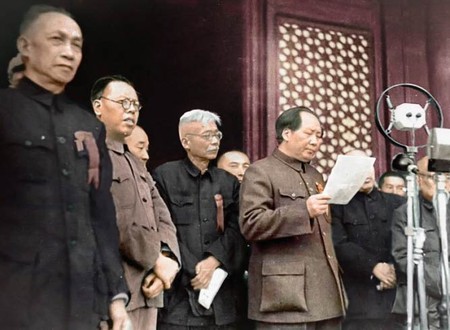 From 1949 until his death in 1976, Chairman Mao set out to transform China. He dreamed of a modern socialist economy, infused by folk culture and leading the Communist revolution abroad. The highs and lows of the regime’s journey have since been well-documented, ranging from rapid industrialization to catastrophic famine and the political purges of the Cultural Revolution. Now however, historians are increasingly studying the impact of these changes on ordinary life. Here we look at some of the more fascinating – and bizarre – accounts of how people at grassroots level experienced and responded to Mao’s policies. 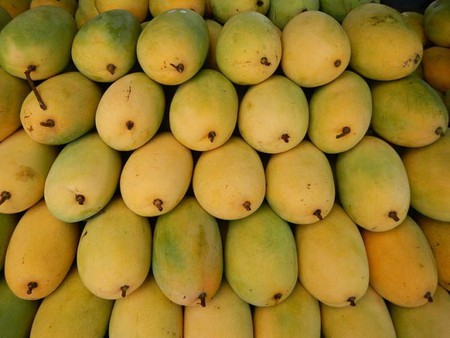 In 1968, the visiting Foreign Minister of Pakistan presented Mao with an unusual diplomatic gift – a case of mangoes. The Chairman was not fond of the fruit, however, and so sent them on to worker-peasant teams in Beijing in recognition of their efforts. There, they quickly gained sacred status, thanks to their association with Mao, whose cult of personality was in full swing. Eating so prestigious a gift was unthinkable, so workers experimented with different ways to preserve the fruit. One mango was placed in a jar of formaldehyde, while another was sealed in wax and placed on an altar where employees could file past it in reverence. Elsewhere, mangoes were boiled in large cauldrons of water, which workers then drank to receive the ‘spirit’ of Mao. The craze resulted in commemorative mugs, plates and posters, as well as a black market in counterfeit Mao fruits – all expressions of a desire to connect to the nation’s leader. 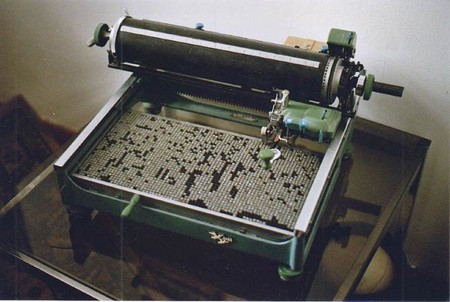 A key principle of Mao’s transformation of science and the economy was its democratization. Innovation, he believed, should be in the hands of the common people, whose natural ingenuity and hard-work had untold potential. Ordinary workers were consequently encouraged to experiment with new ways of doing things – and rewarded when it went well. In this environment, a brilliant typesetter, Zhang Jiying, rearranged the keys on his typewriter so that instead of appearing in dictionary-order, commonly combined characters were placed next to each other. Following this principle, he even prepared frequent phrases from current political campaigns – like ‘Resist America’. The result was an early form of predictive text – and a new typing record of almost 80 characters per minute. 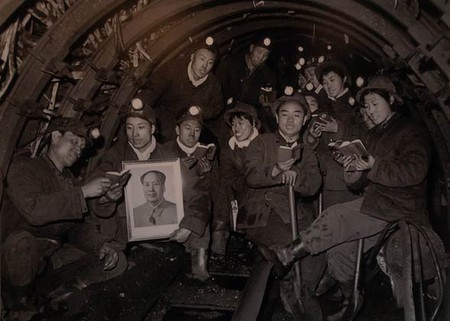 Public hygiene was a central concern of the Communist regime. In many regions, disease was rife and crops were plagued by pests – no basis for a healthy population who might increase production and resist foreign imperialism. During the 1950s, Mao ordered a series of mass mobilization campaigns to tackle these conditions, encouraging hand-washing, street-cleaning and the extermination of the ‘Four Pests’: flies, mosquitoes, sparrows and rats. As proof of their efforts, families in Shanghai were required to present one rat’s tail per week to the authorities. In Guangdong, meanwhile, a quota of 50,000 rats tails per province was imposed in 1952. The political pressure to comply led to a thriving black market – and a drop in production, as workers devoted their time to hunting out, or even breeding, rats for collection. 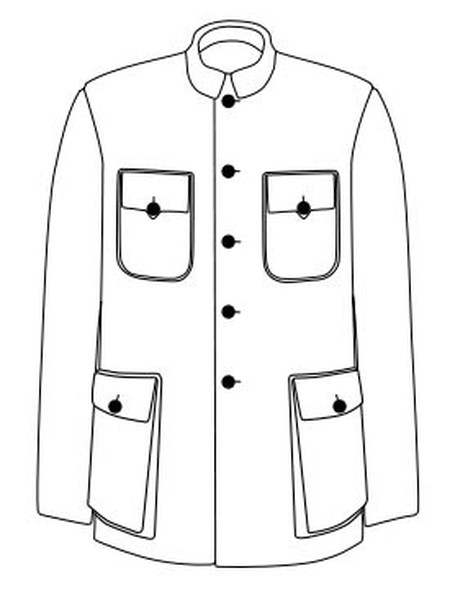 As the Cold War intensified in the 1960s, the threat of nuclear attack loomed large in the minds of China’s leaders. Mao nevertheless resolutely dismissed US atomic weapons as mere ‘paper tigers’. For him, material strength was no match for the ‘spiritual’ force of his own brand of philosophy, known as ‘Mao Zedong Thought’. Equipped with these ideas, he said, the people of China would be filled with a revolutionary zeal so great that their courage and self-sacrifice would outlast any military opposition. This doctrine was collected in the so-called ‘Little Red Book’ – a selection of his speeches and writings which became the most printed work of the period. Found in homes and schools, and memorized by devoted followers, its 1966 foreword declared that this was the real ‘spiritual atomic bomb’.

1950s China saw no policies specifically regulating fashion choice. Yet poet Ai Qing couldn’t help but remark, ‘Look along the street and all you can see is a great stretch of blue and black.’ This uniformity of clothing was partly due to the increasing state control of businesses, including tailors. From 1949, entrepreneurs had to apply for licenses from the state and over time were absorbed into nationalized industries, with raw materials and production centrally controlled. The state prioritized uniforms for workers and soldiers fighting in the Korean War, and was reluctant to grant permission for tailors to produce the luxury garments they once specialized in. The result was the ubiquity of the zhifu – the standard jacket and trouser combinations known as ‘boiler suits’ in the West and popularized by Mao and other Communist leaders. Workers were free to choose what they wore, but the options were limited.